Sweet sweet, New York. What spectacular adventures will you take me on today? A trip to Grand Central Station, Bryant Park, Rockefeller Centre and an exciting surprise…
Not expecting any less from the city with the blazing heat the past few days, it was going to be another grand sunny day of exploring.
First up, Grand Central Station. After it being in so many Hollywood and Bollywood films, where lovers reunite and others go on their way to start their new path in life, all fictional of course… it felt so right to start the day there, reuniting ourselves with much loved famous movie scenes. 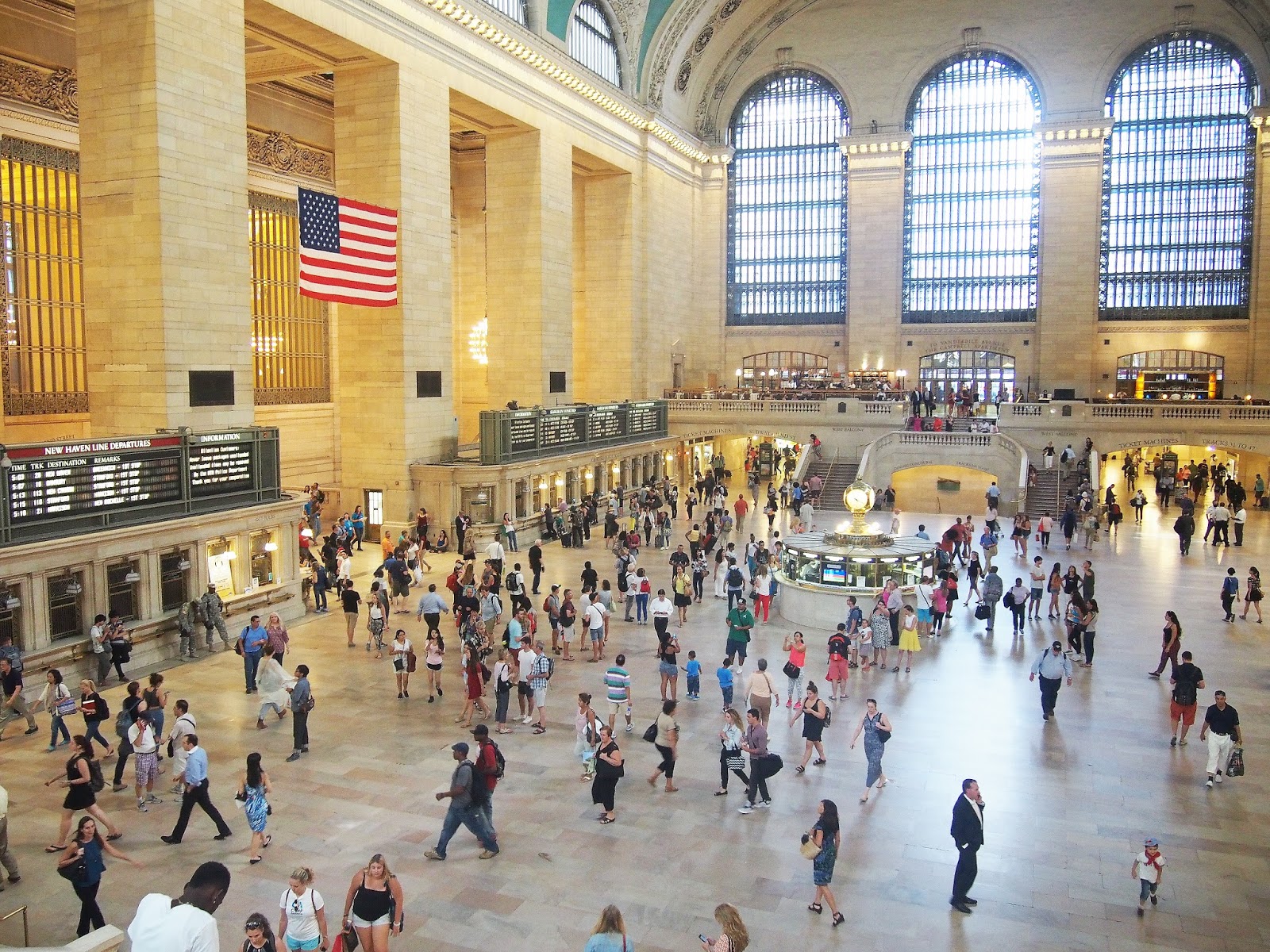 The diversity in New York is so amazing, I could easily just sit at the top of their stairs at Grand Central station and watch all the people with alternative and amazing dress sense just stroll on by, a brilliant place to get fashion inspiration.
However, there was a reason for us going to Grand Central Station too, I got a chance to meet up with another of my favourite American friends, Sean, that also lived with me in the same flat as Deanna (mentioned in previous post). Two reunions in two days, but remember, a promise is a promise!
Next up was Bryant Park, the park is often used to relax and chill out by many office workers with a library onsite and many little cafés and small tables to sit around. Closer to Christmas time and during the winter months, there is a ice-rink where the grass is situated. 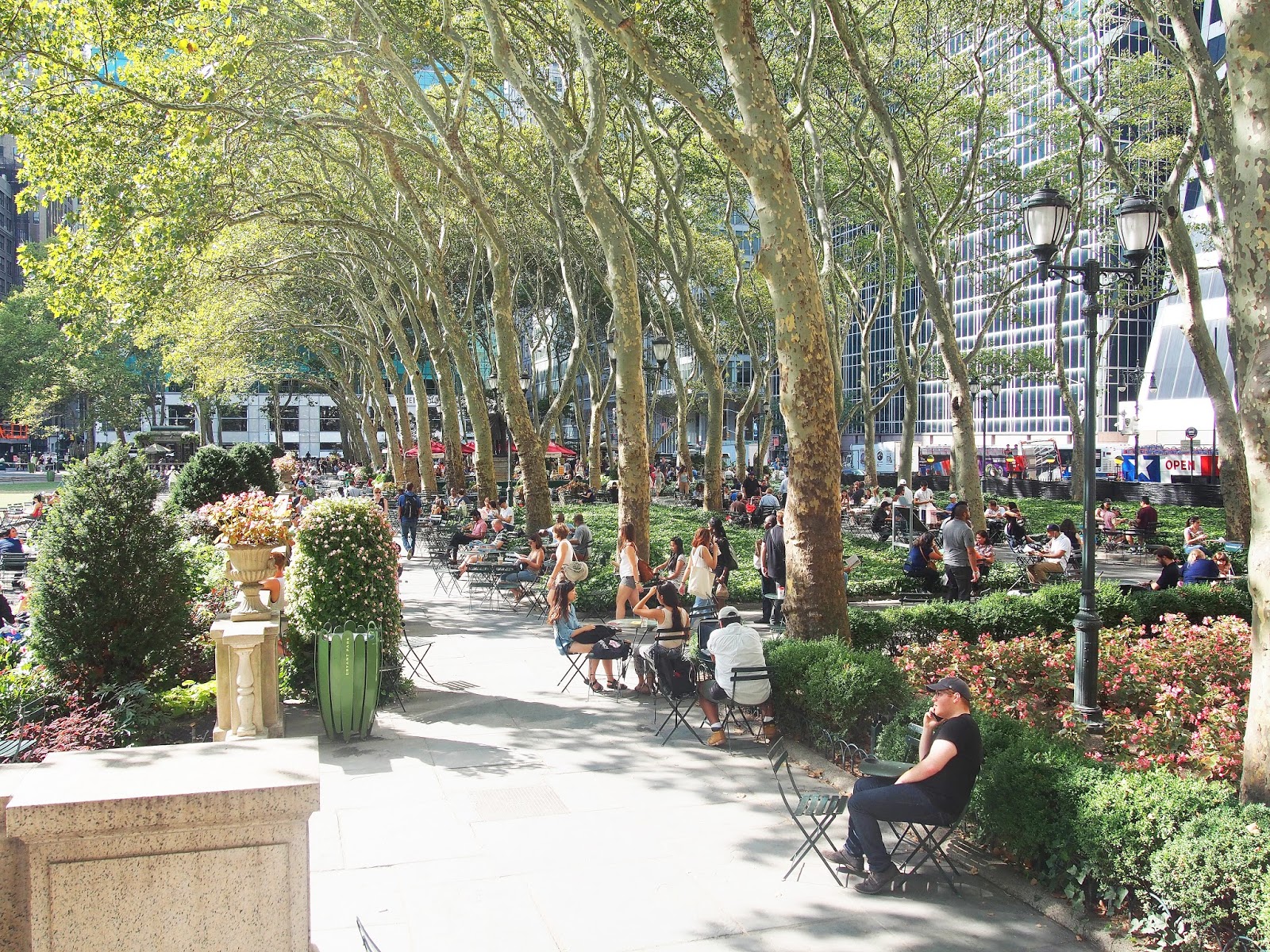 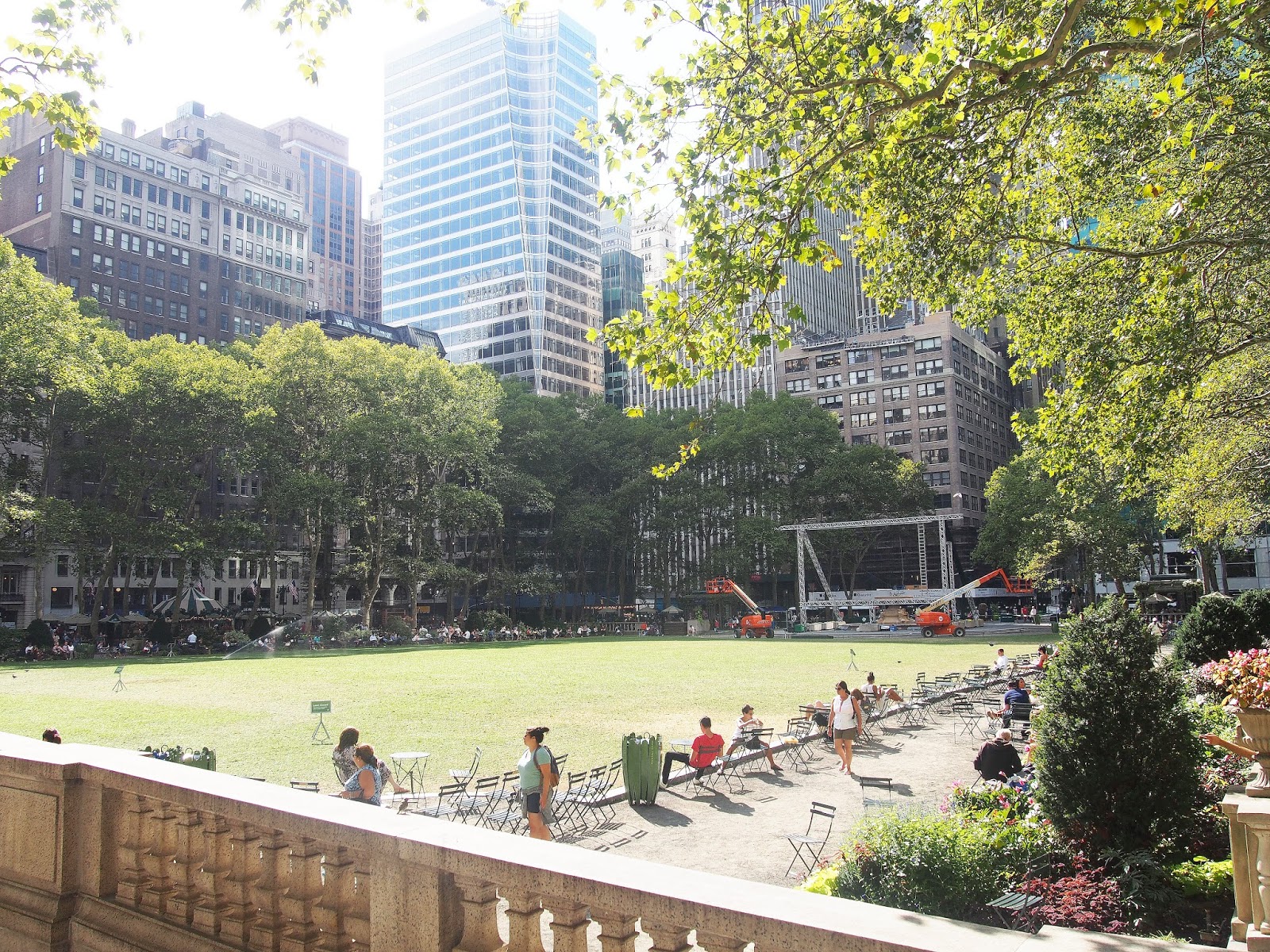 A smashing spot to relax and a read a book, even in such a busy and fast moving city it is nice to see such places available to the public.
Where to next? To Rockefeller centre we go!
Luckily everything in New York is either a short walk away from one another or a quick subway ride away. New York definitely has good transport systems in play making it easier for tourists and travellers like myself to be able to find things on our own using maps and nearby subway stations, as there are very few signs to where things are.
Everyone knows the Rockefeller centre as the place that has the huge lit up tree and magnificent ice-skating rink during Christmas. It’s raved about for all the right reasons too, from the pictures it does look just as pretty as all the New Yorker’s say it is. 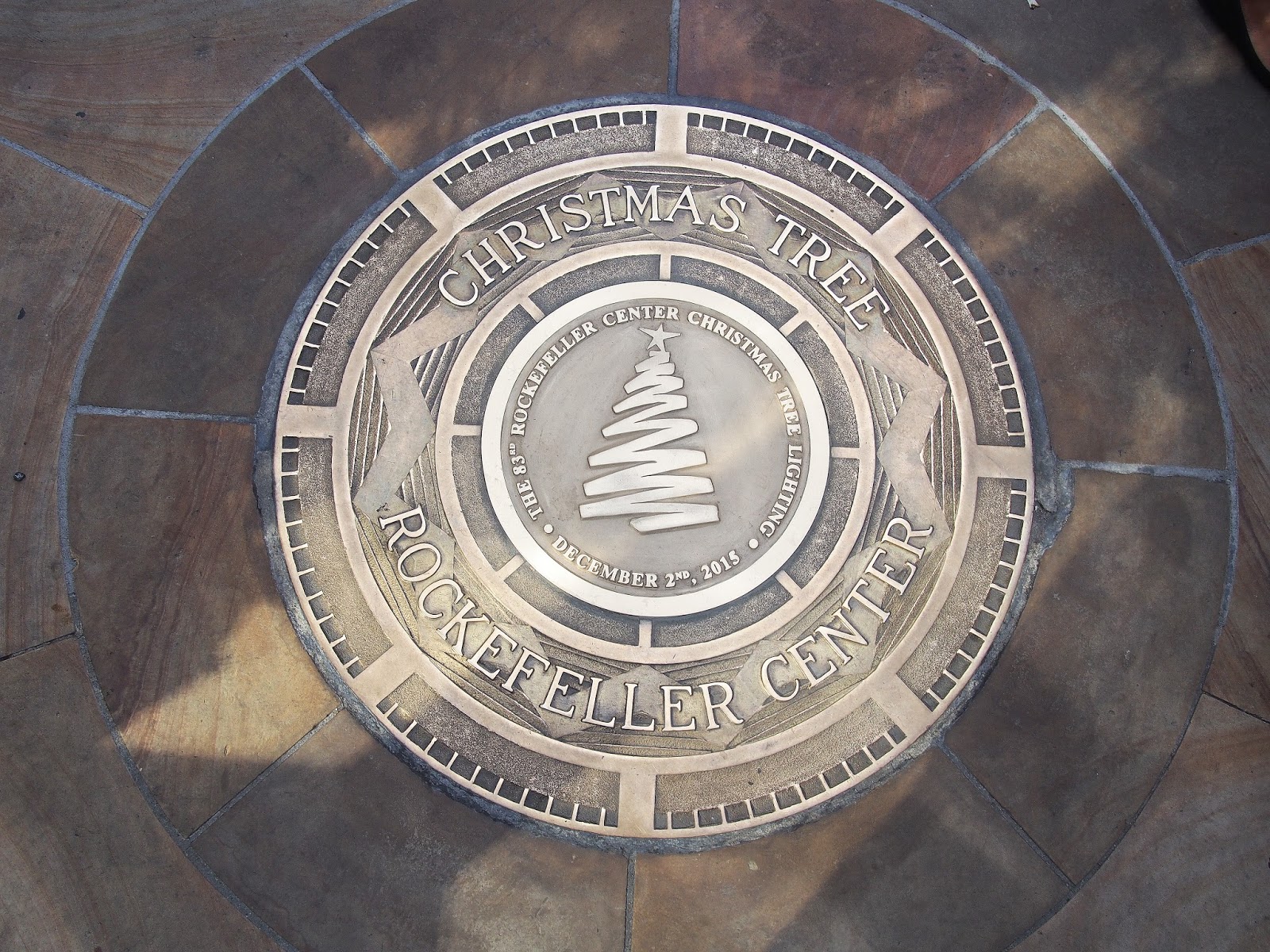 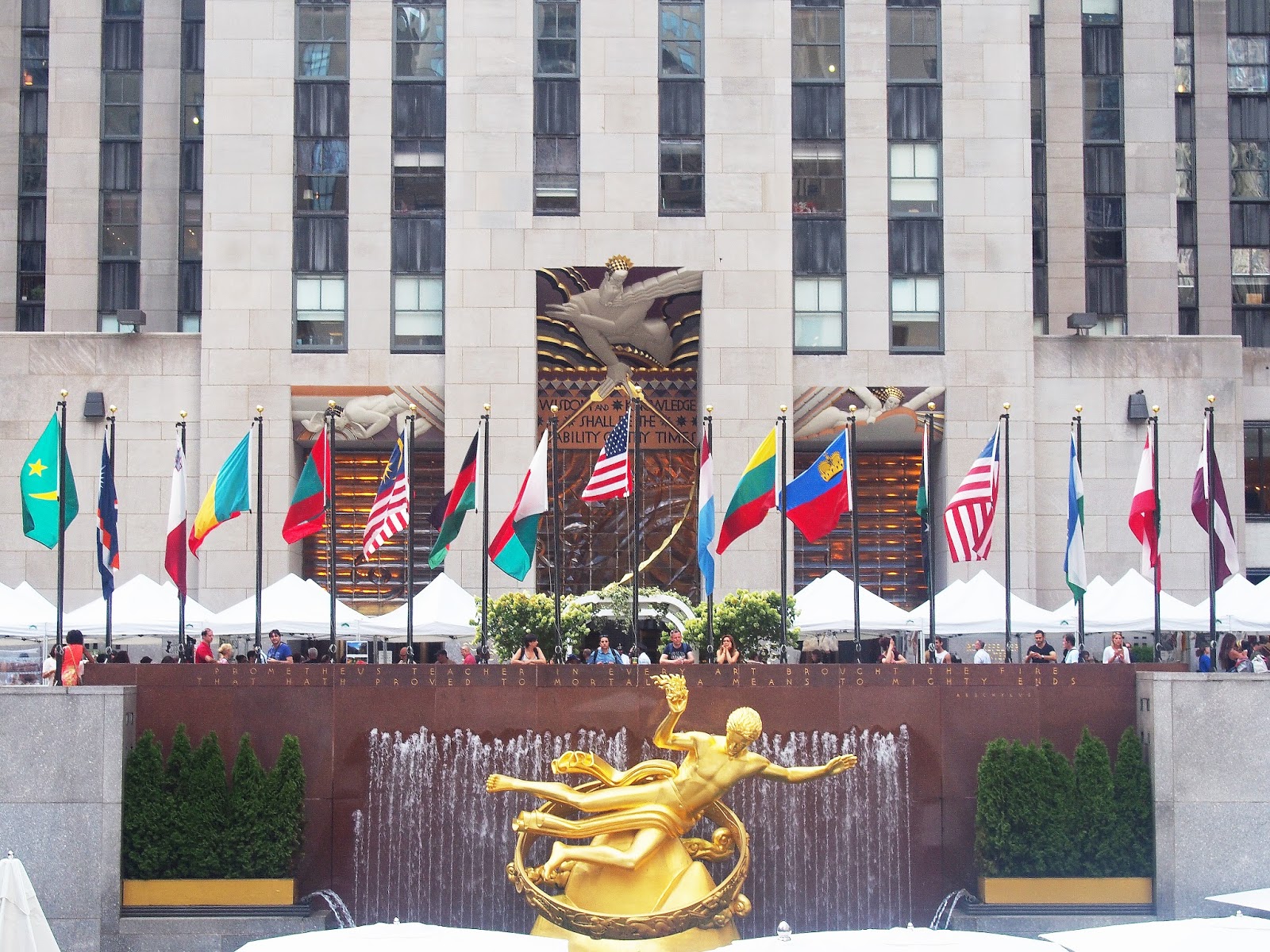 The Rockefeller Centre was declared to be a historical landmark back in 1987, where many flagpoles surround the plaza at street level displaying all the flags of the countries that are members of the United Nations. However, during any United States holidays each flagpole carries an American flag.
Sadly, all good things have to come to an end… luckily it wasn’t New York quite yet, but it was the end of Sean and I’s reunion. It was so good to spend time with him after a year, but this isn’t farewell, we will meet again but the next time will be in England, right Sean?!
As we parted ways, I needed a way to cheer myself up. Come on New York, work your magic! Spells were casted and smiles were heading my way after a short walk… 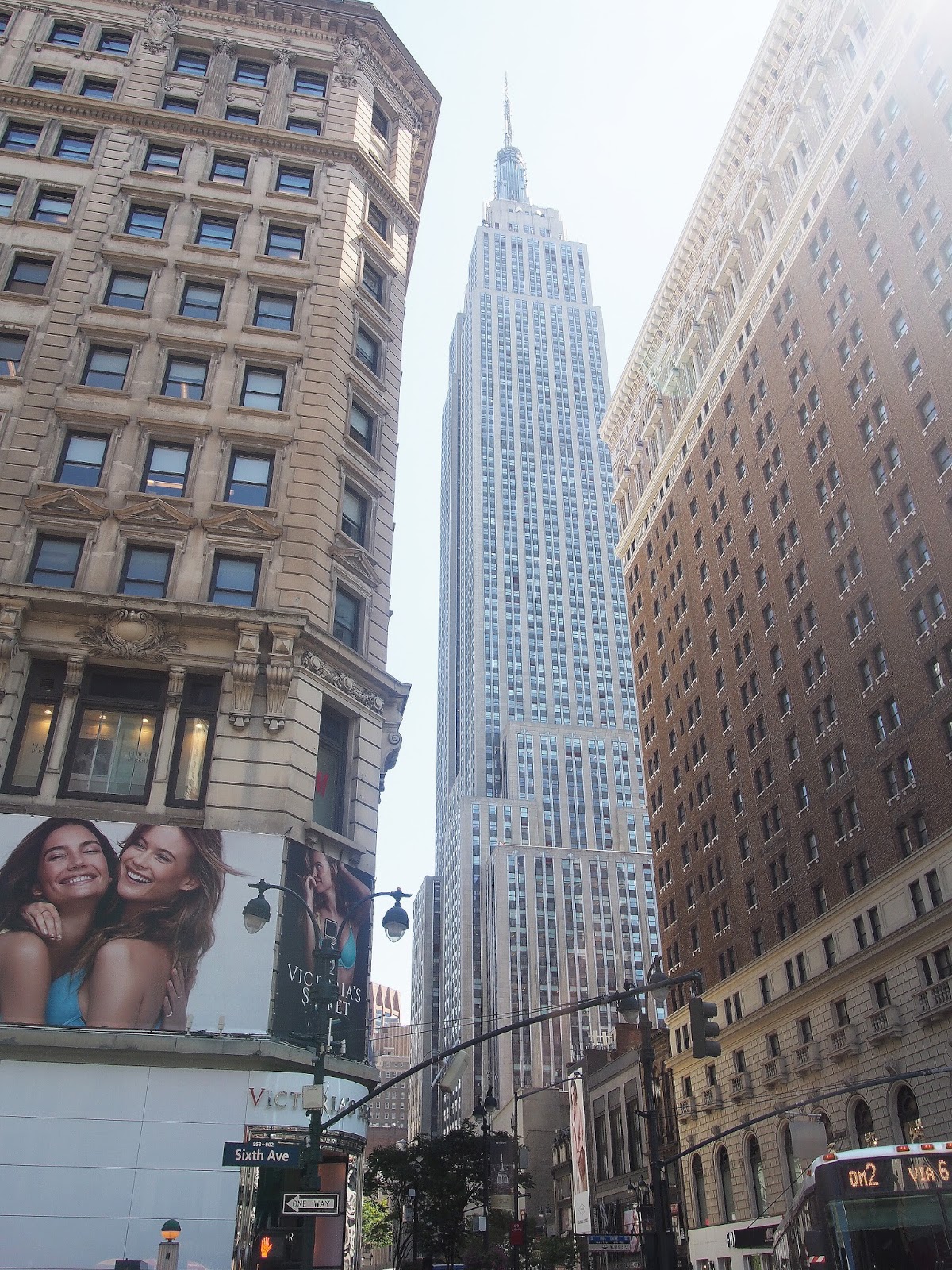 Hola, Empire State building! Yes, this is the little surprise that we had ourselves in for. Beyond excited to go up it, we decided the best time to go would be just before sunset, so we could see it all during the day, whilst the sunset and at night. It was equally as flawless and beautiful in every single phase! 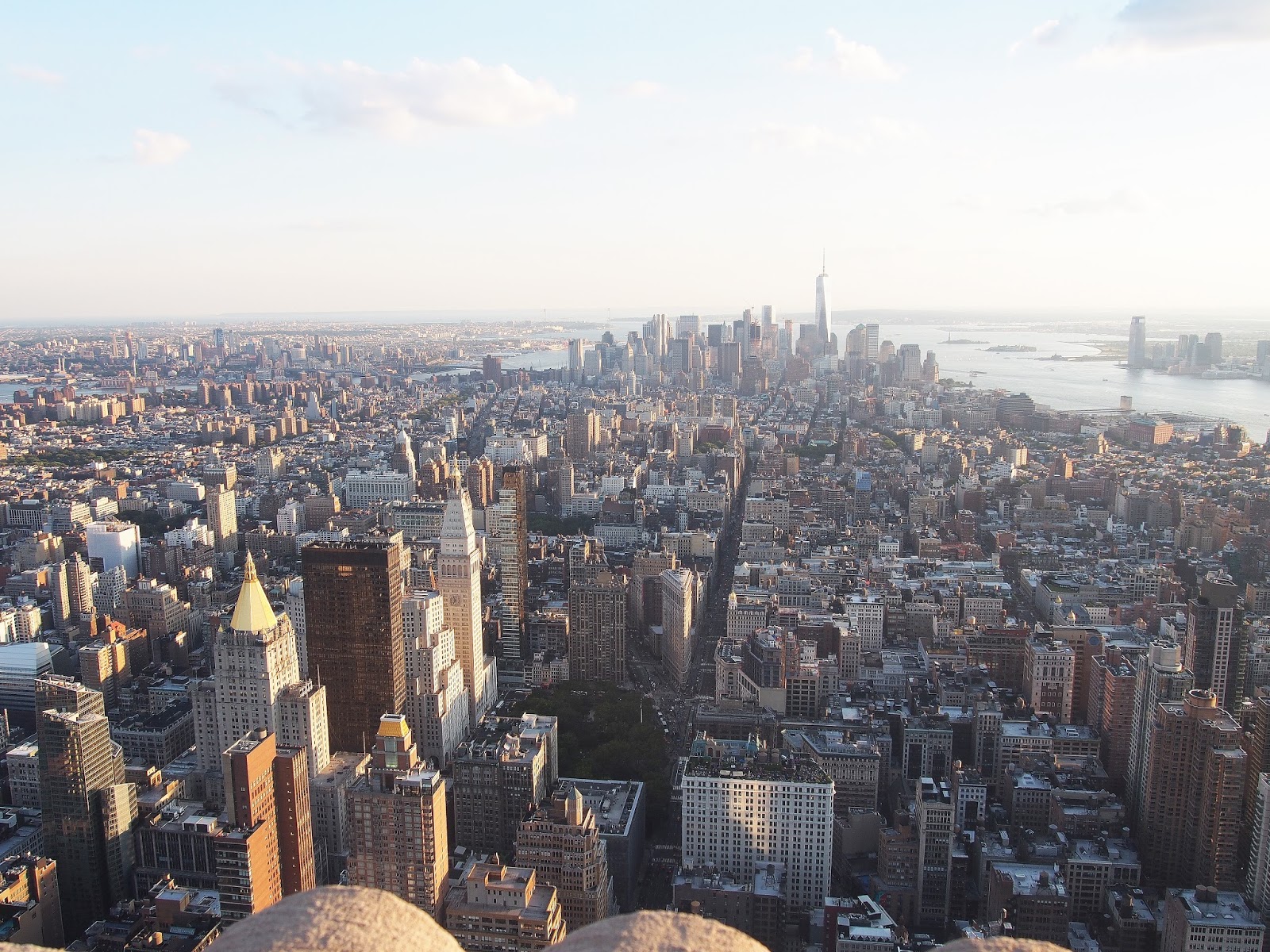 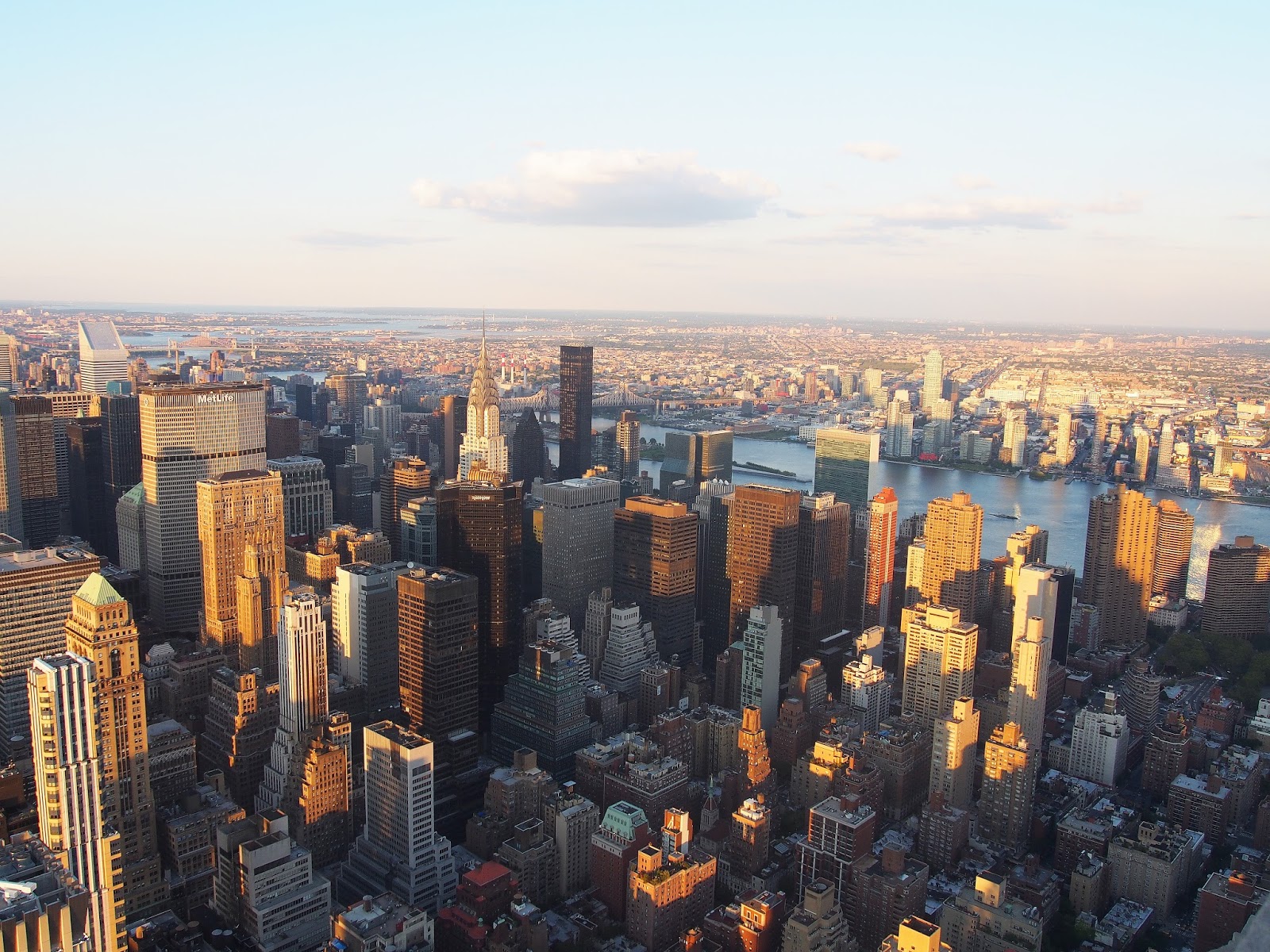 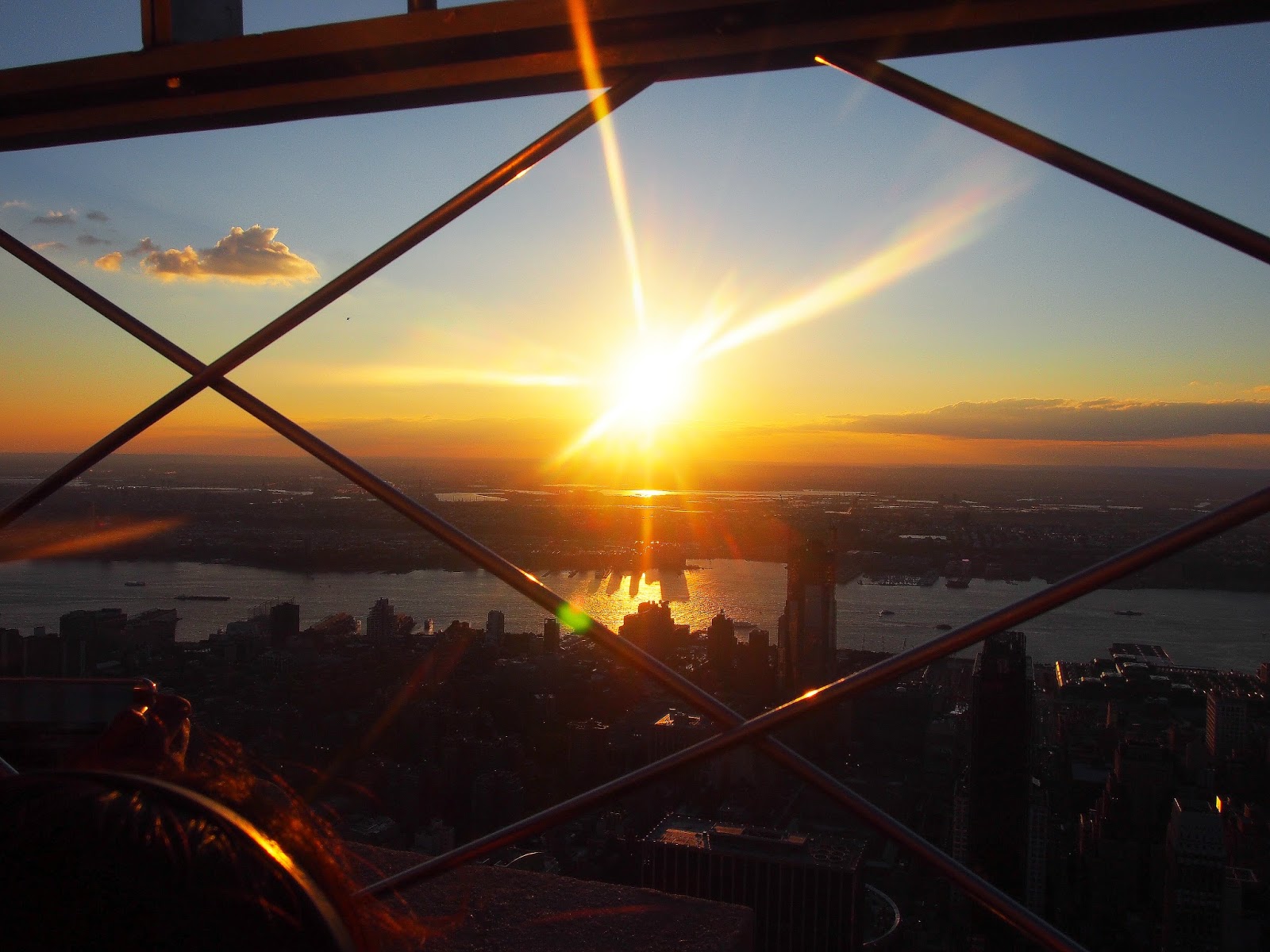 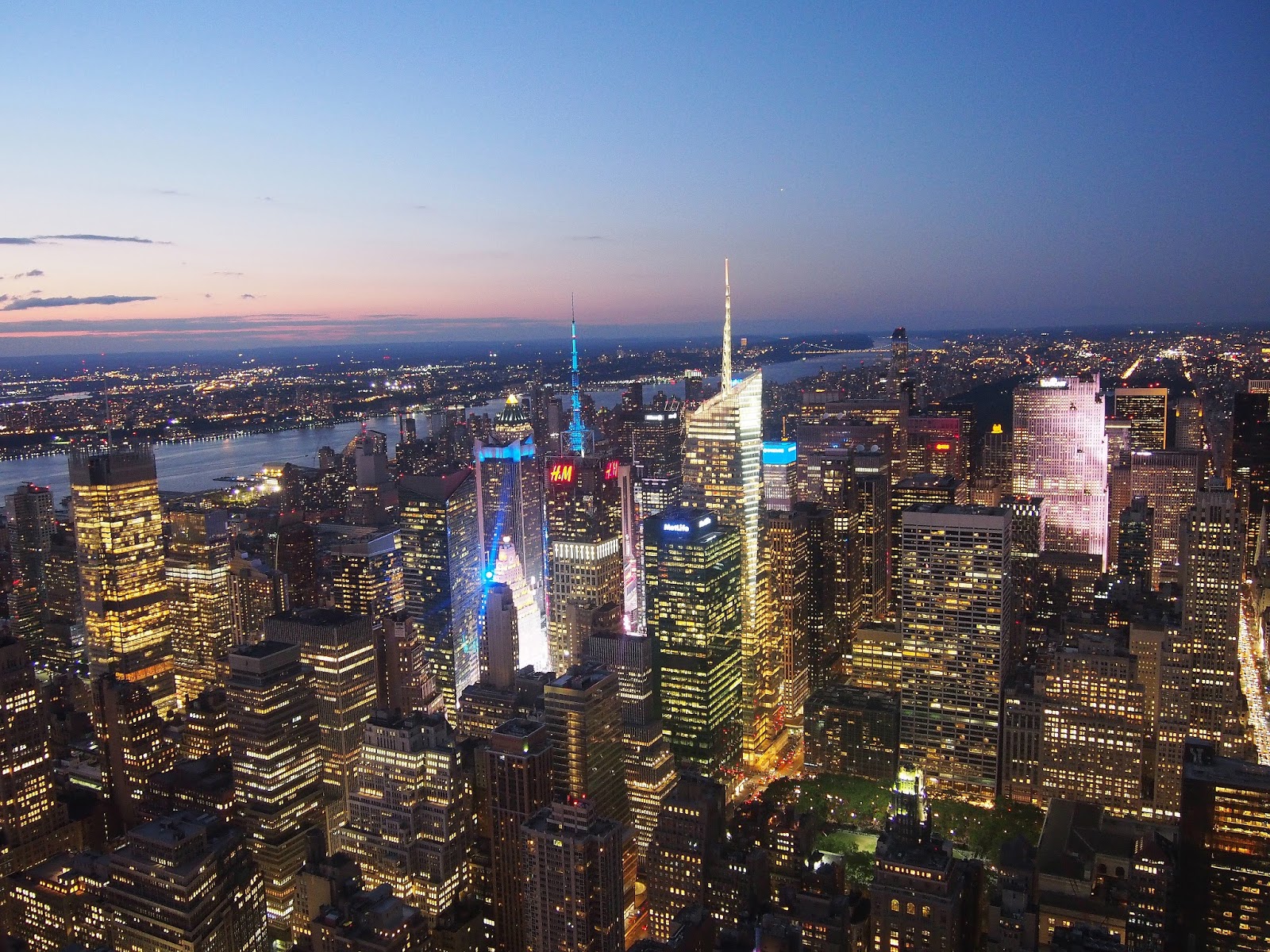 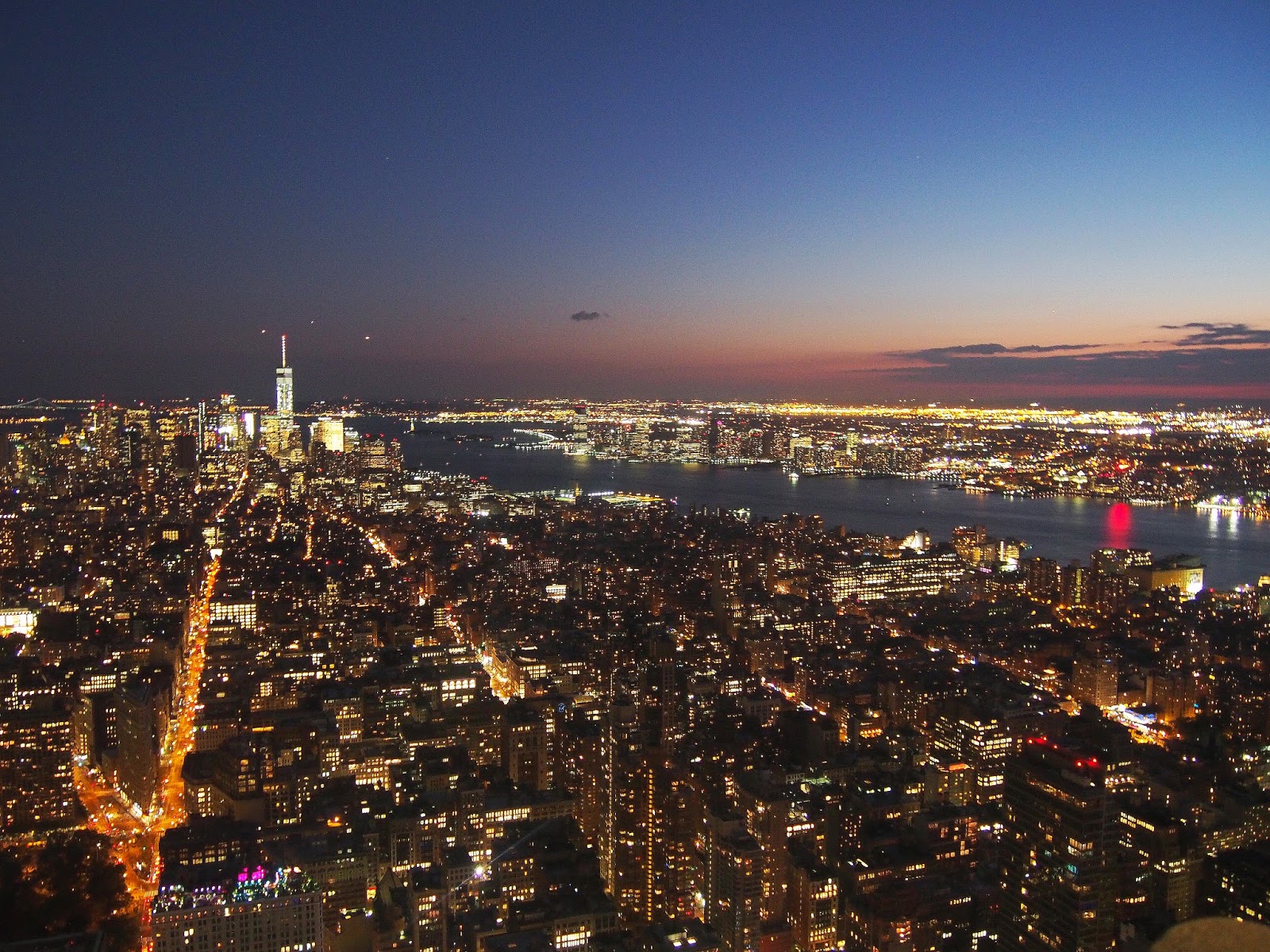 A true once in a lifetime experience that will never forget. “The city seen for the first time, in its first wild promise of all the mystery and beauty in the world”.
The New York journey does not quite end there yet… there are still TWO more days to go. Stay tuned.
Until next time…