Dreams do come true. For as long as I can remember, I have wanted to visit the big apple. After watching countless films, television shows (especially Gossip Girl) and pictures, I was finally given the chance to see the city of dreams.
Excited? You have no idea! Only thing that held me from breathing the air of New York City was the 10+ hour drive from Toronto, by idea of hell but there is always light at the end of the tunnel. 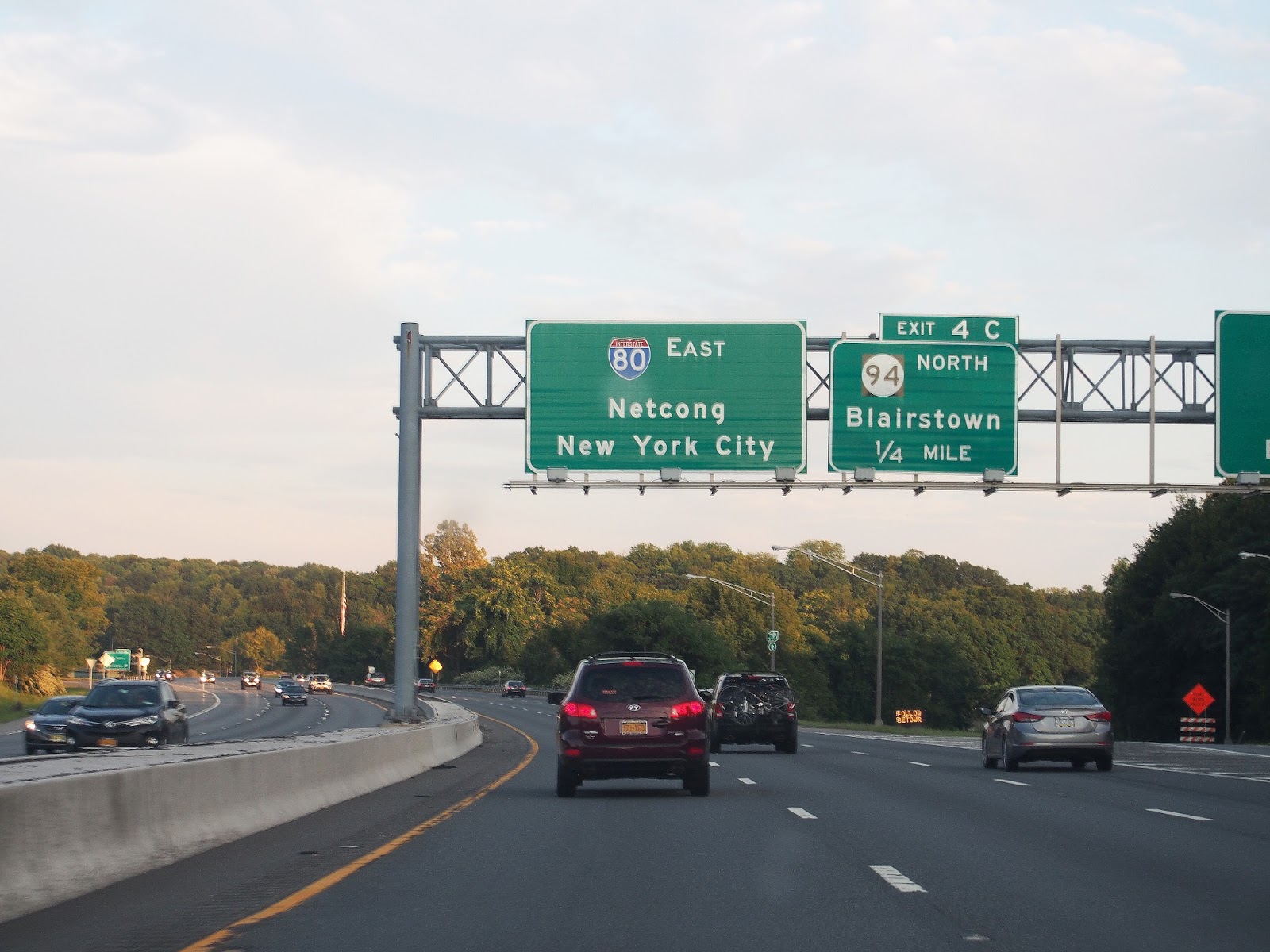 So you can imagine how happy I was to see this sign, right? I saw the light! However by the time we reached New York it was dark, of course.
After a long day of travelling, much needed rest was required ready for a day of exploring in the morning.
—-
RISE AND SHINE, NEW YORK!
The sun shining so beautifully over the Manhattan, I could not quite believe how flawless the city looked whilst it glistened.
There was no time for standing about and admiring the city, there were sights to see! Where were we off to today? Firstly, Statue of Liberty. Let’s go! 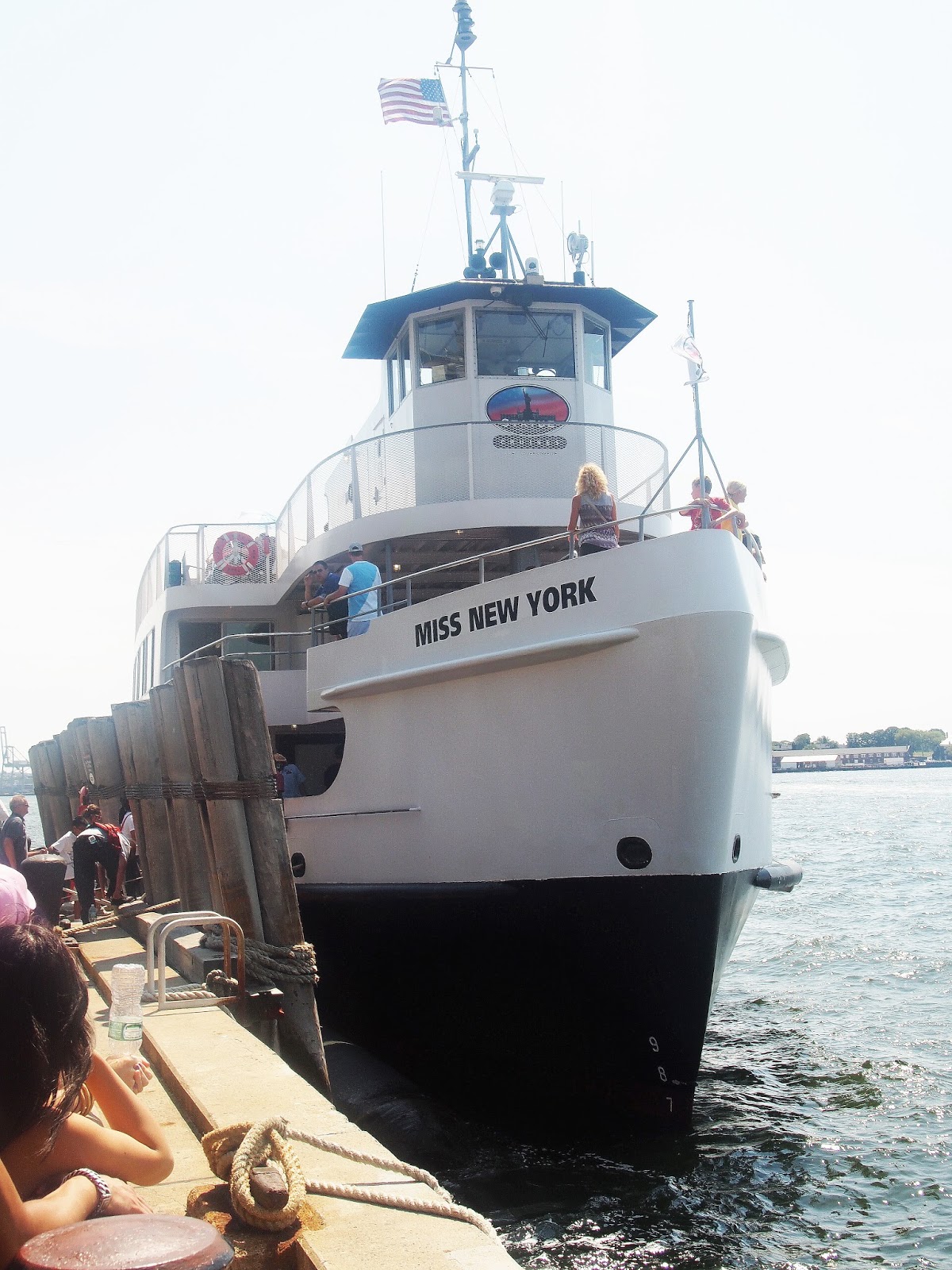 All board the Miss New York, it’s time to see the one of the new seven wonders of the world. 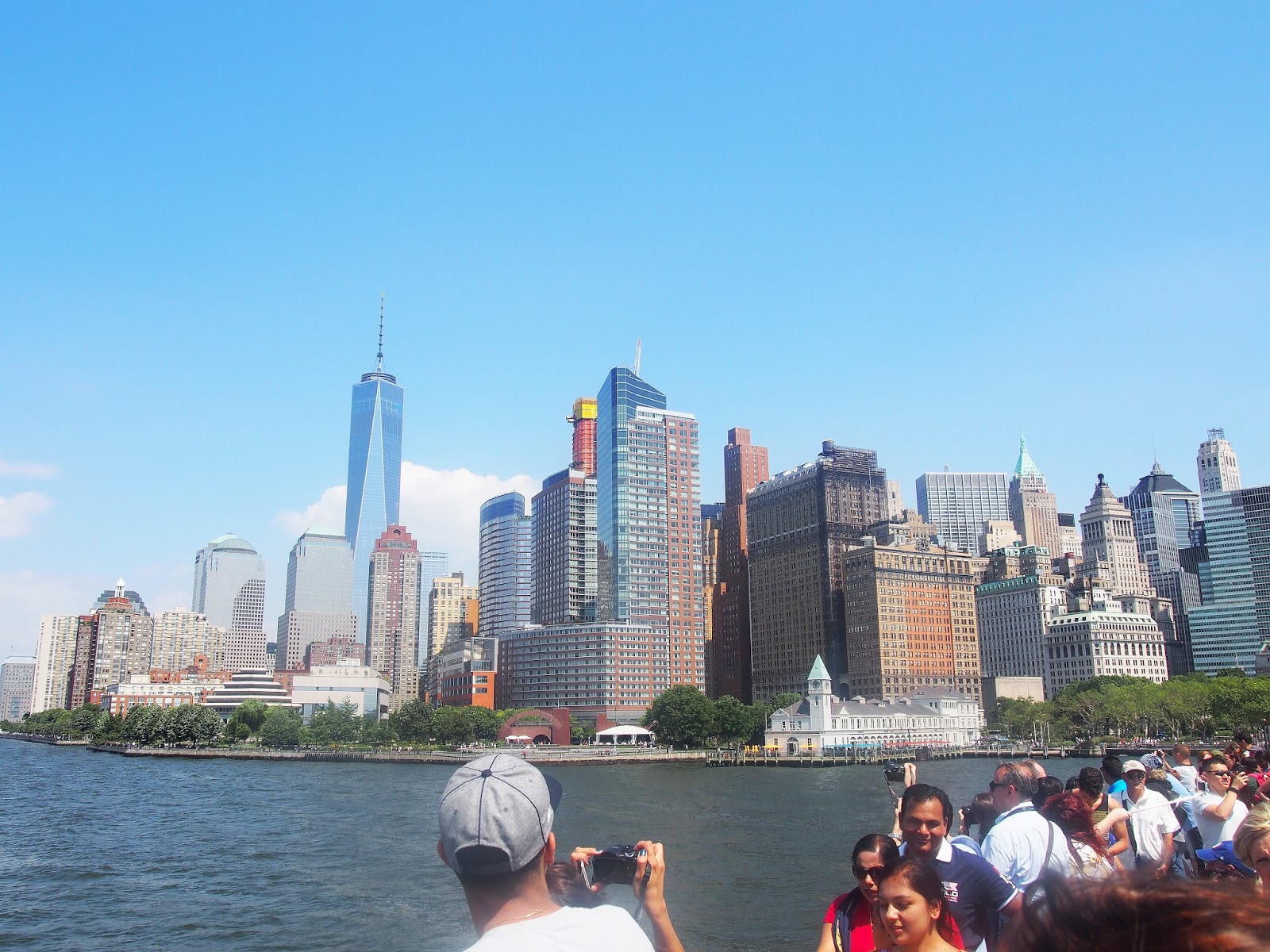 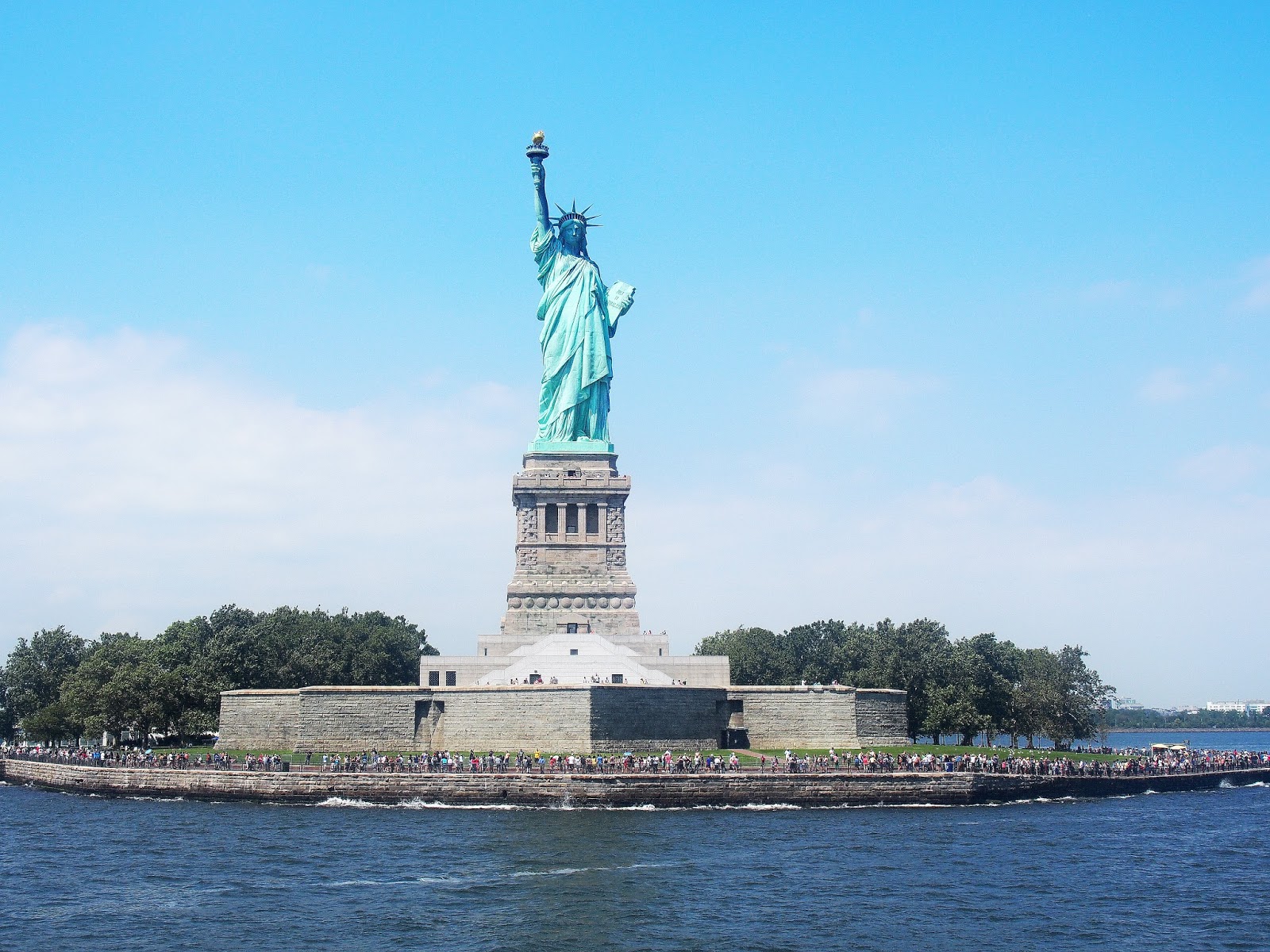 There she stands with great importance and worth, representing the peace between America and France – a great moment in history. 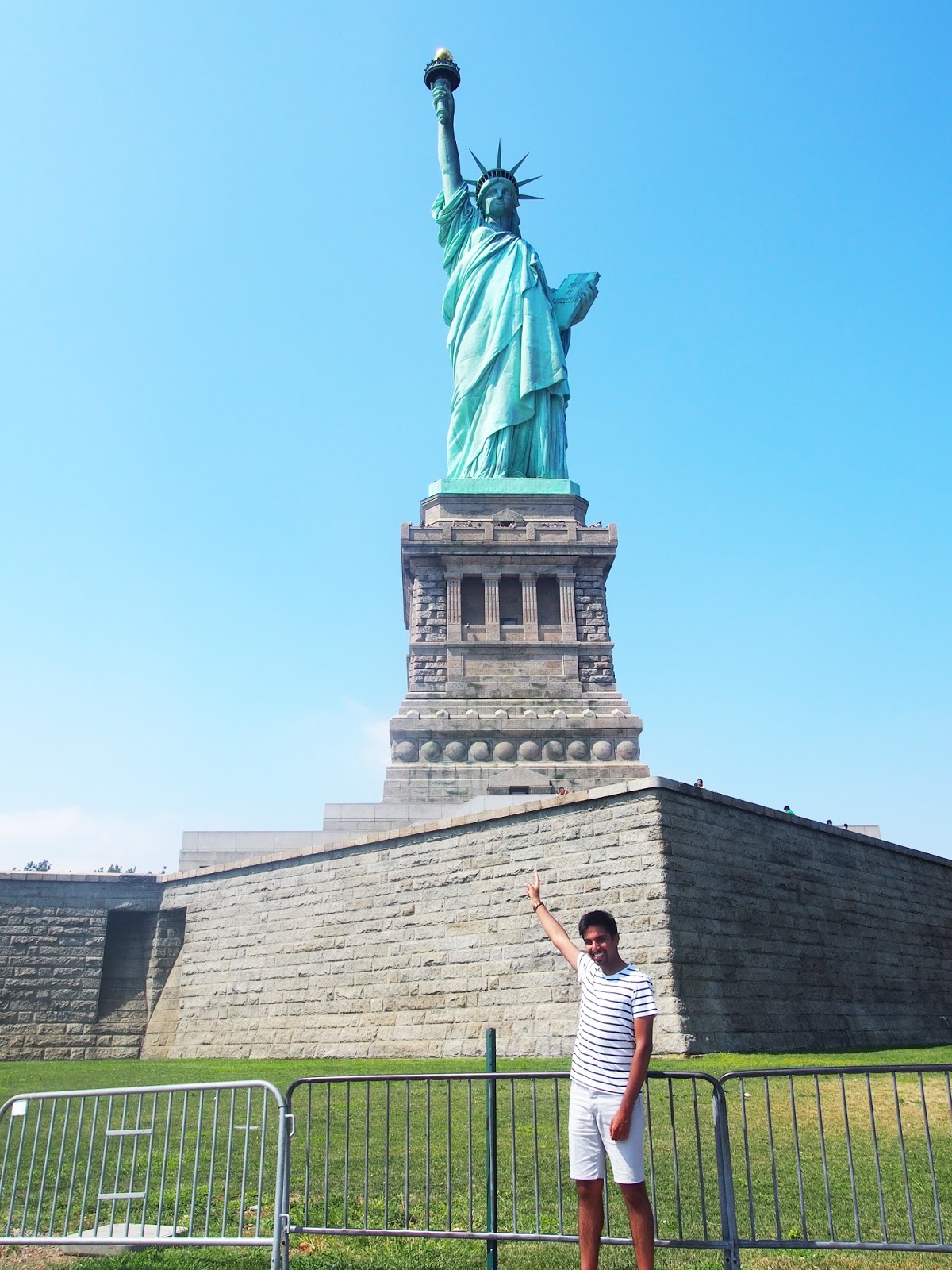 Let me tell you something, she looks even more elegant up close. A New York icon I only ever dreamt of seeing and there I was… right underneath her!
Next up was a trip to Ellis Island, which was a island right near where the Statue of Liberty stood. 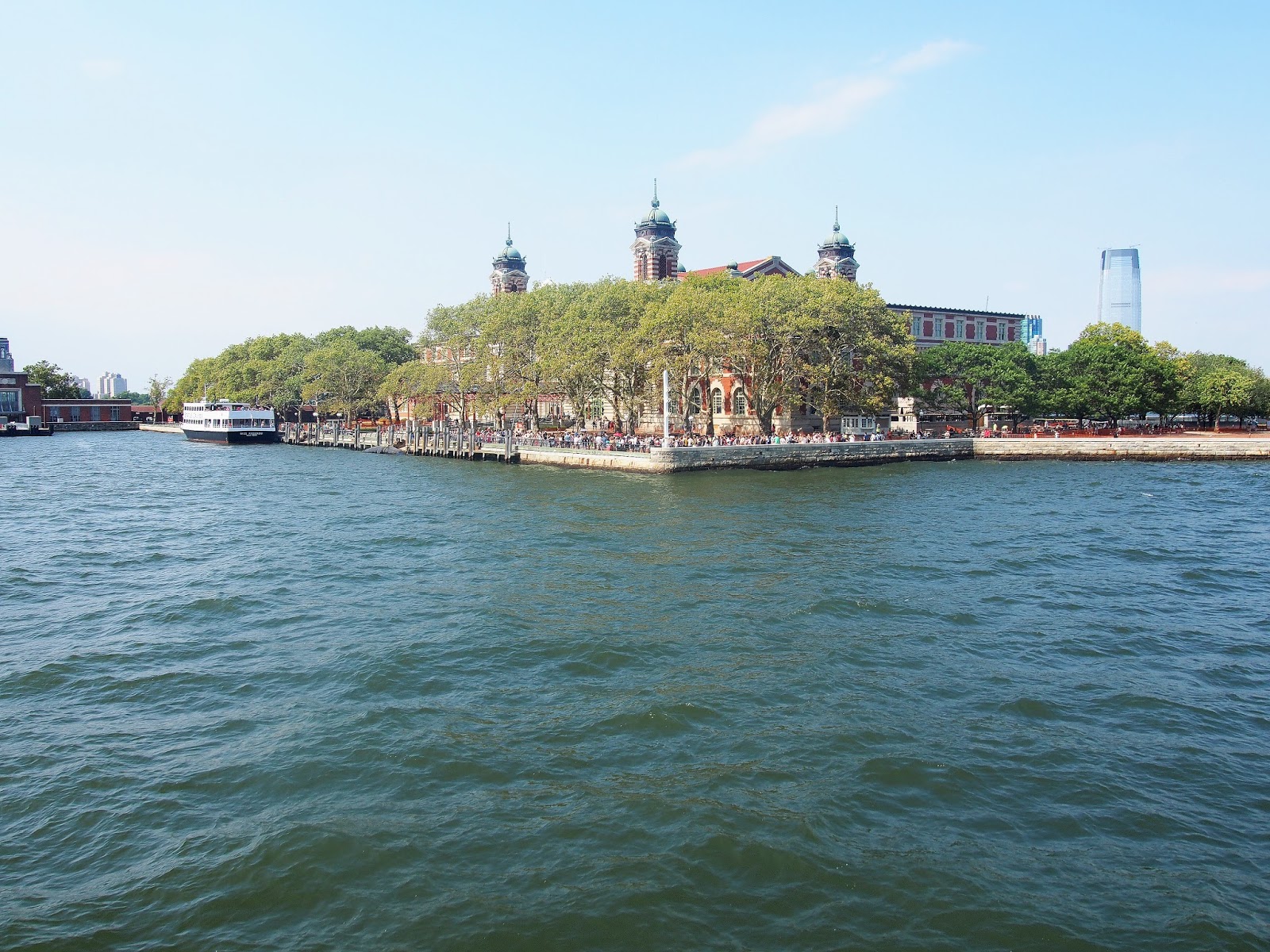 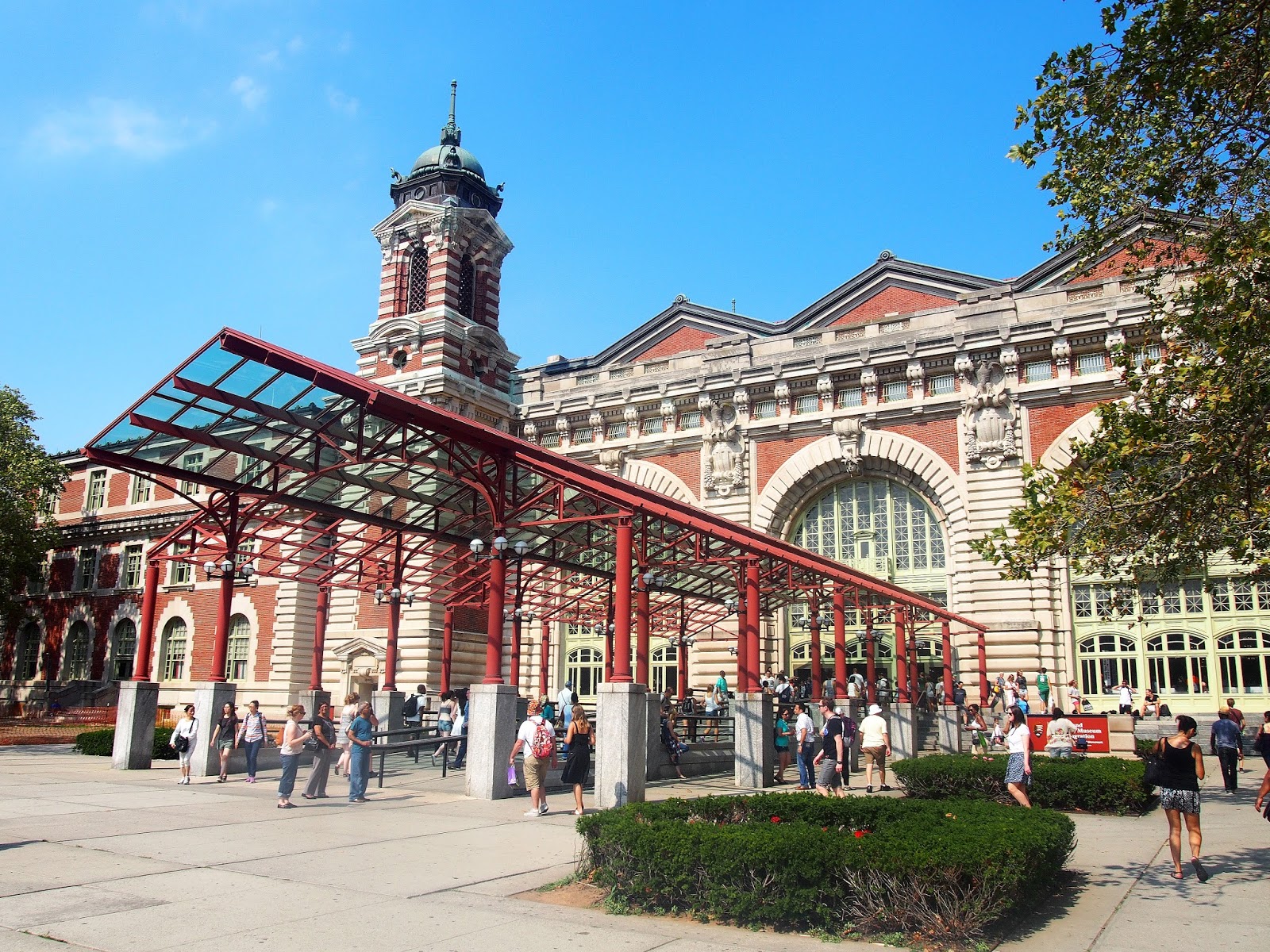 Ellis Island was the gateway for over twelve million immigrants between 1892 to 1954 whom entered the United States, where many Americans trace their ancestry to immigrants to who entered into the United States during that time, before they dispersed across the country. There was also a hospital on the island where medical examinations and treatment was carried out. 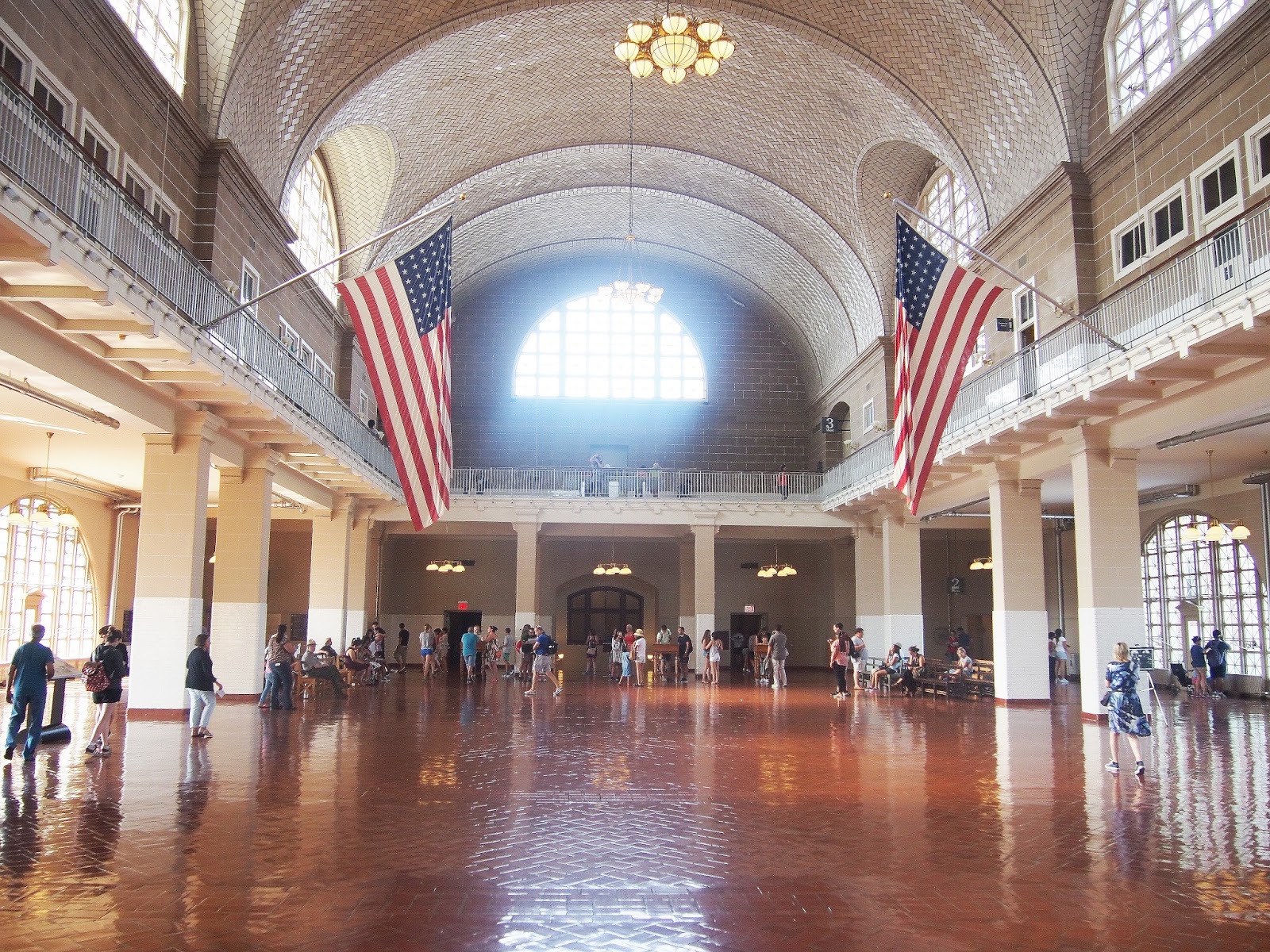 The very hall that all the immigrants were once seated in, except there was rows and rows of benches and each one was called out to undergo an examination. If you were deemed incurably ill, disabled or were a criminal, you were not given access to come into the US as an ‘alien’ and were sent back to your original destination. Many immigrants used all the money they had to come over to Ellis Island, even knowing the risk of them being rejected by immigration. Crazy, huh? 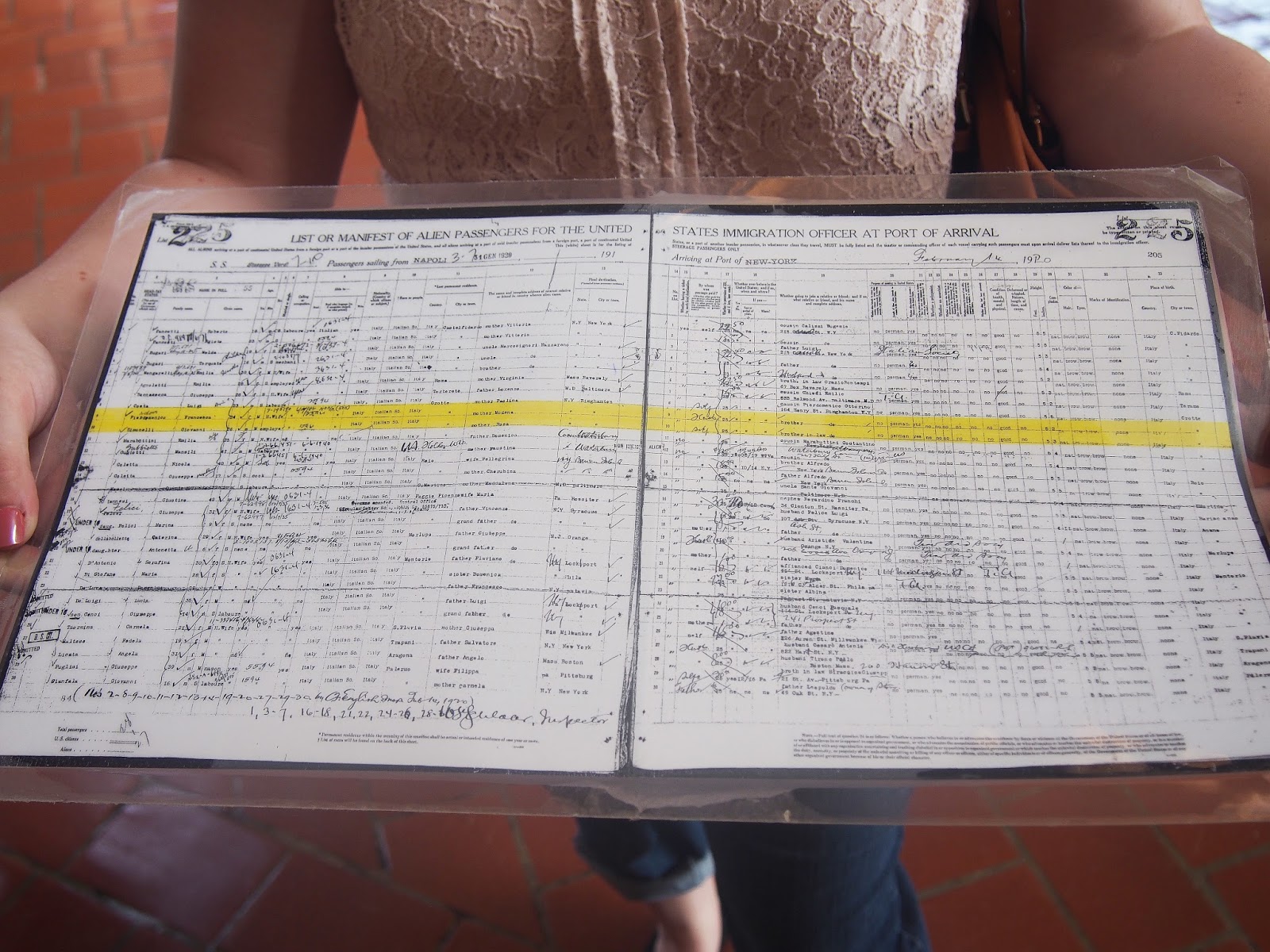 A preserved manuscript was also on display from when the immigrants recorded their details, however they were labelled as ‘aliens’ back in those days.
Ellis Island was definitely an eye opener and a place worth visiting if you’re ever in NYC. Whilst on the note of remembering people who once lived, we decided to pop down to the Ground Zero war memorial. 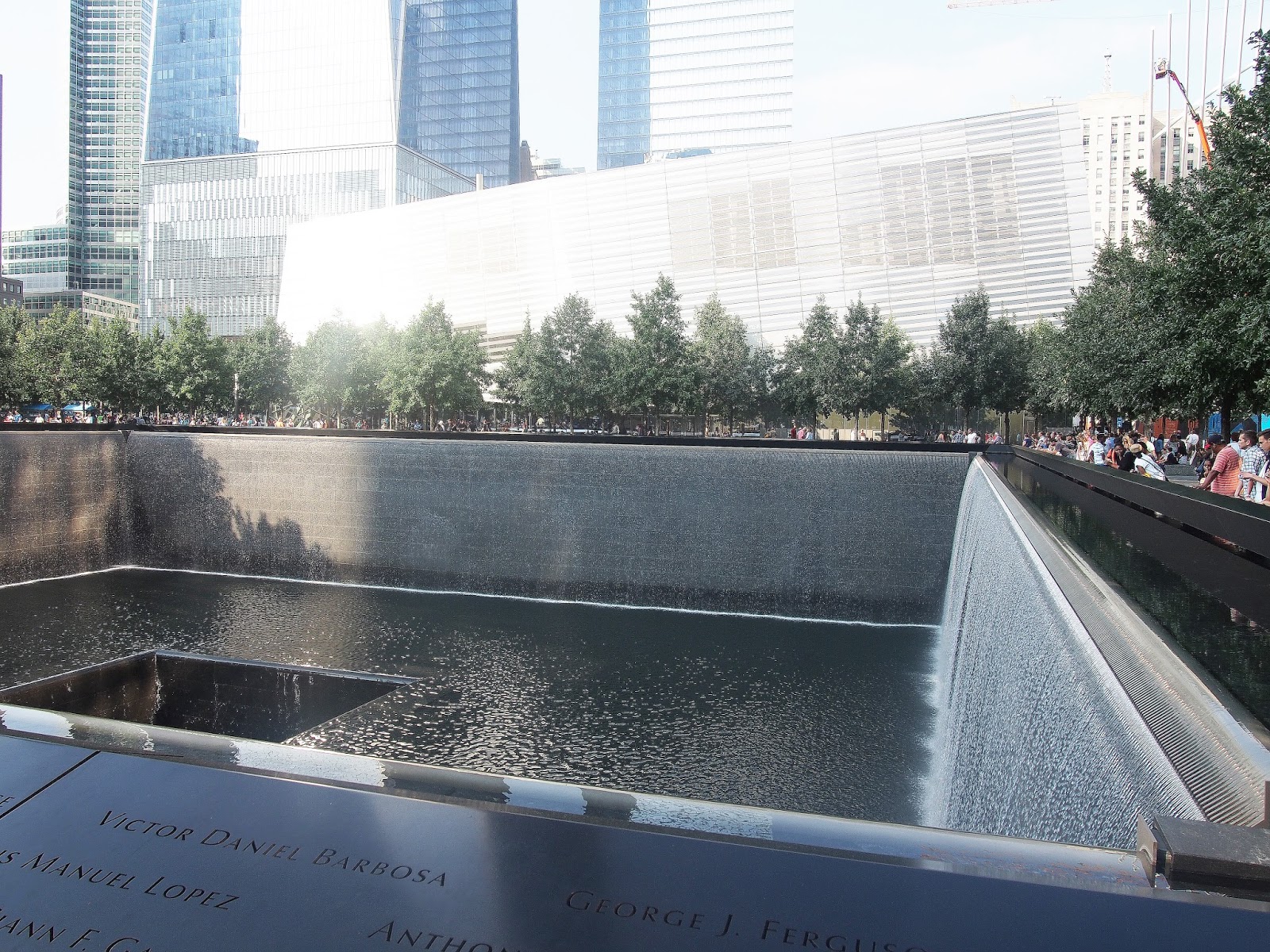 I’ve never seen so many people from different walks of life paying their respects to those that died during the twin towers attack, it was so warming to see.
We wandered a little further down and strolled around the famous Wall Street and viewed the financial district. 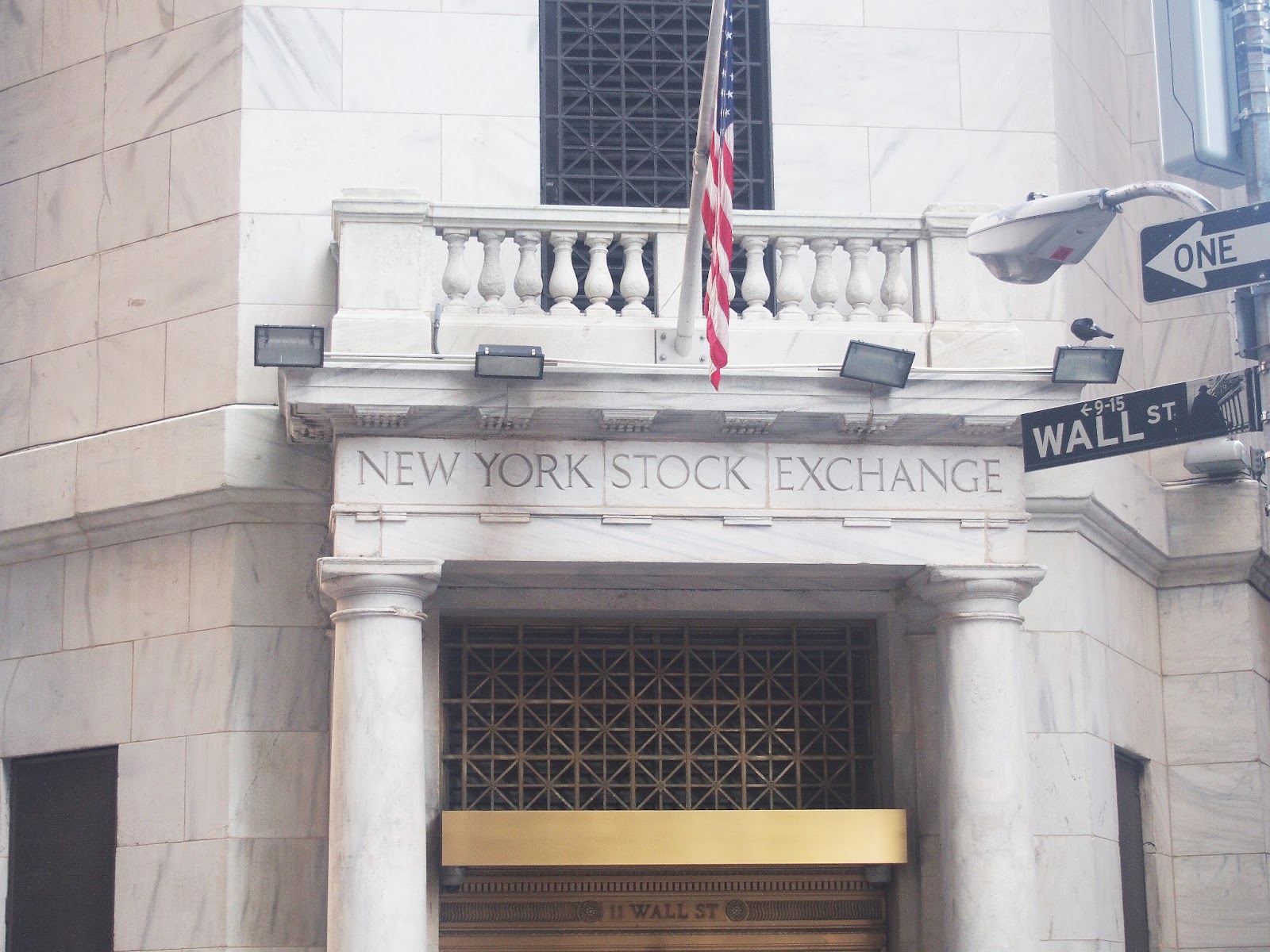 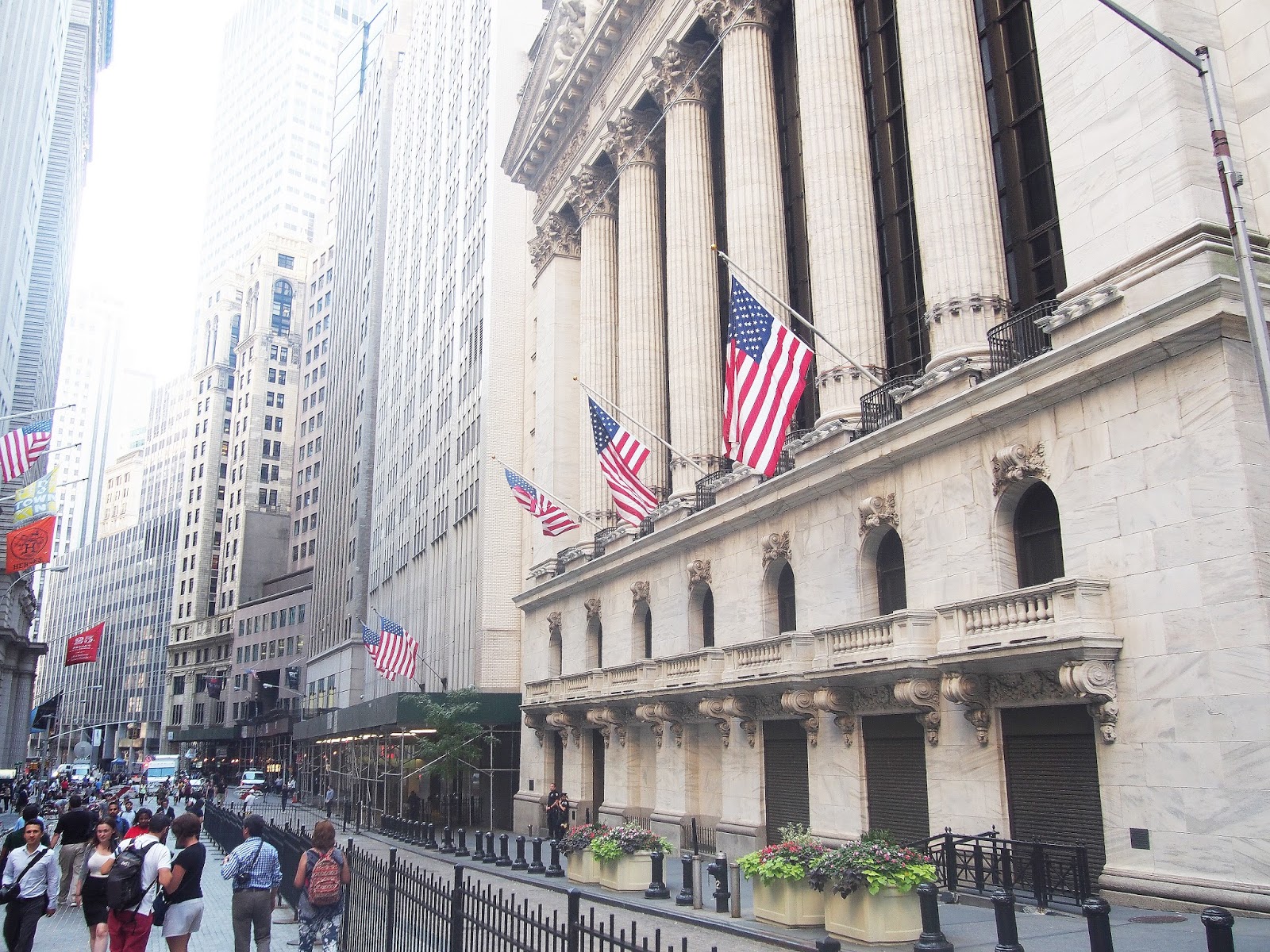 We had just enough time to catch a slow walk over Brooklyn Bridge as the sunset over Manhattan. A lovely way to end a busy first day in New York. 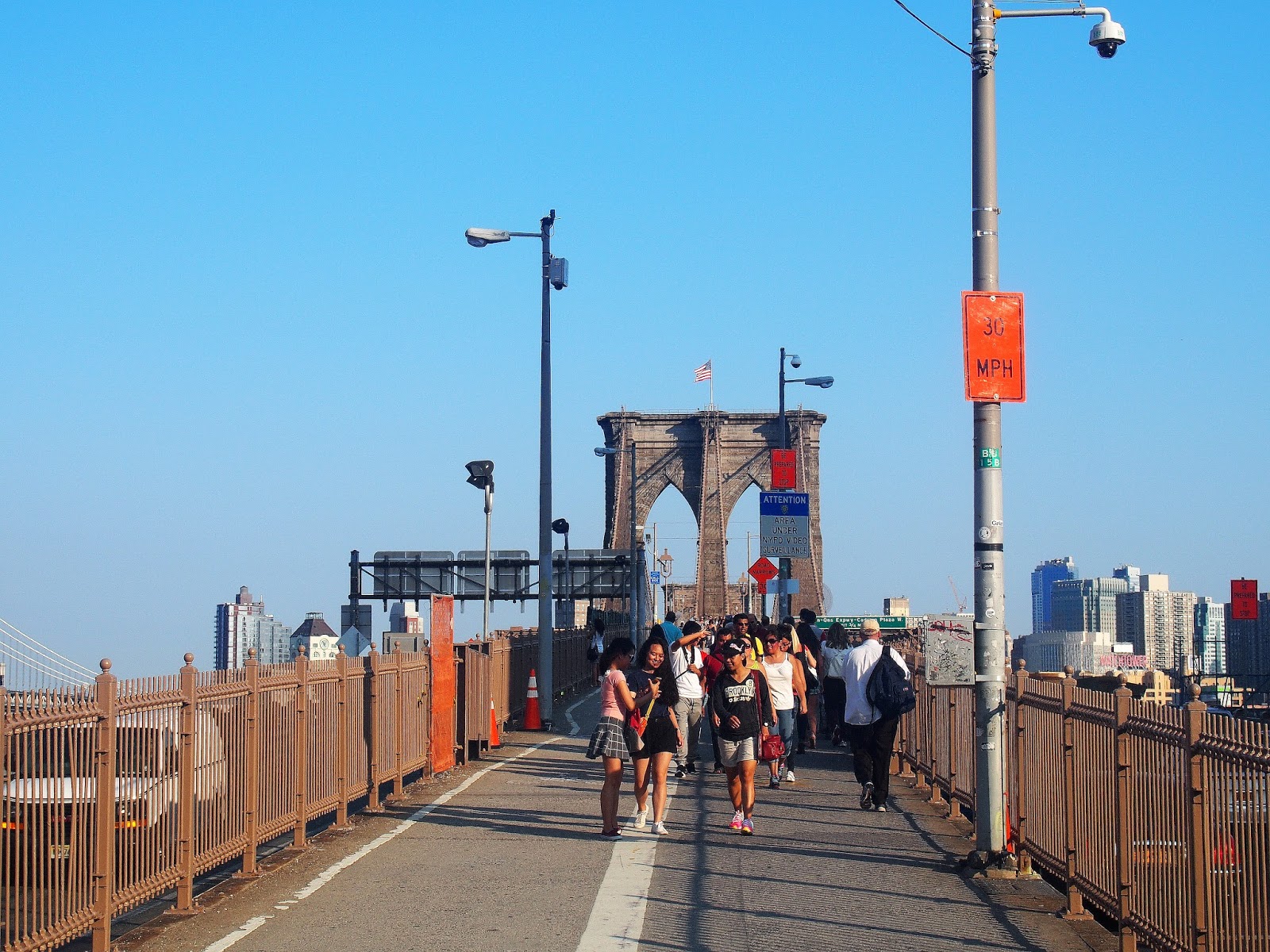 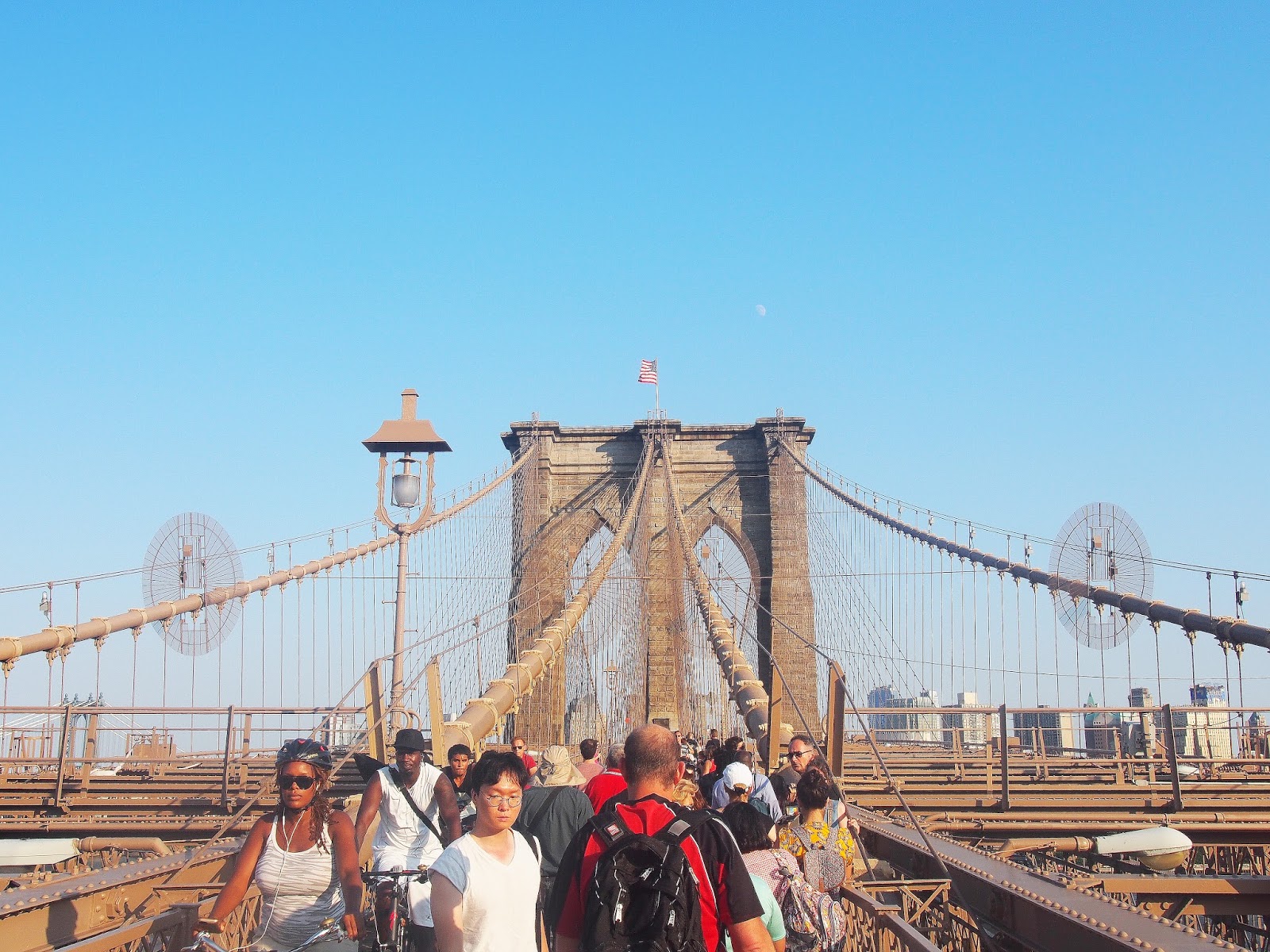