When Aftab asked me about writing this, my first concern
was…is there a word limit?! Horses aren’t a hobby or an interest, they are a
lifestyle & they have been part of mine for nearly twenty five years.
Considering I’m nearly twenty eight I’m sure you’d agree there’s a degree of
commitment involved.
My first memories are probably the same as everyone, being
2/3 years old & begging my mum to have a pony ride on holidays and at zoos
and animal farms etc. I started lessons as such at four and was cantering by
the age of 5/6. This was the part my parents realised they were fighting a
losing battle, I fell off at least once a week whilst learning to canter and
still was not deterred. For the wimpiest child going, that was pretty
impressive!
At the age of eight I began lessons at the place which holds
most of my fondest horsey memories right up until adulthood. Stocks Farm is
where I really learnt to ride, again I’d fall off religiously learning to
canter and jump and spent half my life removing indoor school from my jods, or
if I was really unlucky ended up in a puddle outside! 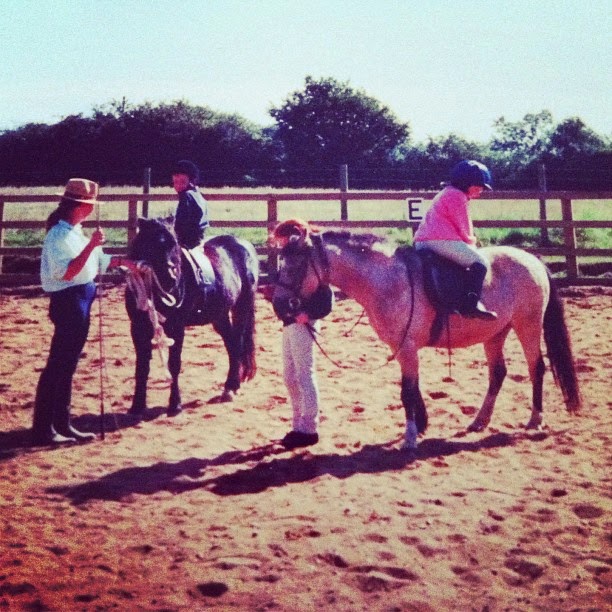 My parents occasionally joined me for a hack or lesson and soon
realised the little girl who wanted a pony wasn’t going anywhere. At the grand
old age of eleven, I was bought my first pony, Duke and my god was that a shock
to the system. (It’s a sure sign your Mum has made a bad choice when you’re
required to lunge the thing for half an hour before there’s even a hope of
getting on!) We learned to love each other (eventually!) and my god did he
teach me to stick. Onwards and upwards, for me anyway as I finally got
ridiculously too big for him & we decided it was time for a break with A
levels looming. By this time Mum had bought herself a horse, obviously waiting
down the yard for me was much more fun when she had something to do herself!
Rod was bought in August 2000 and is very much still a part of our family, he
currently resides at my parents’ home with another cob specimen who will enter
the story later!
Star was next, another coloured pony with attitude who hated
life when we first took her on, however blossomed to be a perfect mother
daughter share when I sold her on. This was a really proud moment for me, my
first pony I’d really produced myself, with what I think were good results.
Well obviously once she was gone I was bored yet again and
fate took me back to Stocks, where I began to work part time (for real money
not lessons as in 1995!) My time there has given me nothing but amazing
memories, apart from the few injuries caused by various different steeds over
the years. I formed a love/hate relationship with a particular fat palomino
creature called William, who I loved using for escort hacks as he was safe as
houses, but hated anything to do with on the ground as he was forever standing
on me or bashing me around with his big head. It came time for him to retire
from the riding school and somehow has kept a place in my heart and now my
parents yard (occasionally back garden when the mood takes him) to this day. He
is twenty six and shows no sign of losing one ounce of character yet, he’s
looking after me on plods round the lanes even at 16 weeks pregnant. I trust him
completely. 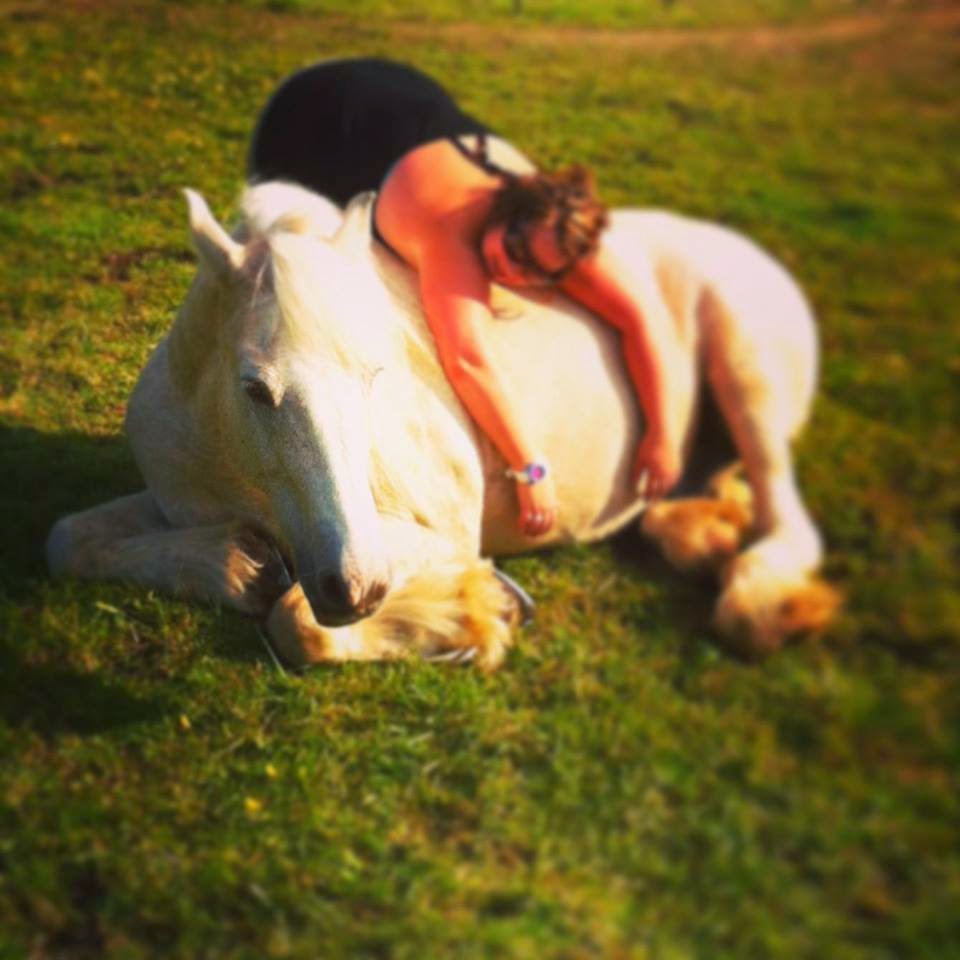 The final piece of my puzzle (it’s a rather big one!) is my
girl Niamh. She is what you’d call my horse of a lifetime. When you see them,
you just know. She is the kindest mare there is with the manners of a saint,
and moves to die for. She will always be far too good for me, but I’m happy in
the knowledge that I can give her a happy and easy life and love her for the
experience and education that she’s given me in dressage and competing. 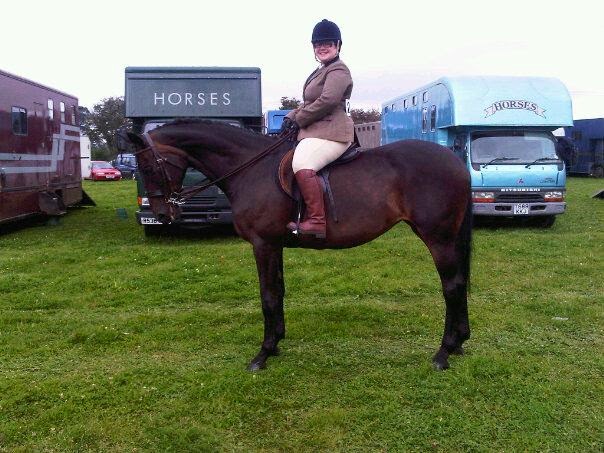 There’s not another horse on the planet like any of mine and
thank god in William’s case, but I love them unconditionally in completely
different ways. Even the worst day ever can be brightened by a blinding lesson
on Niamh, or a good old gallop on Willsy. That’s my journey up until now, in a
VERY shortened form and relatively speaking, it has only really just started!
Kate x
Thanks for reading,