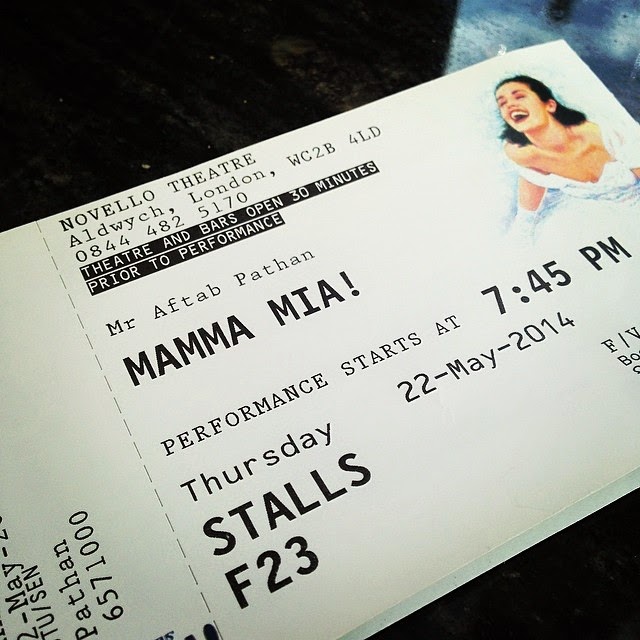 Well it sure has been a long time since I last blogged, but it was all for a valid reason, I was in the process of revising and taking my final exams for my first year at university. Safe to say I am officially FINISHED – you all know what this means… Summer is here (even if the weather is not keeping up!)
After seeing the Lion King, I was set on seeing another theatre play, one of which was Mamma Mia. I had a hard time trying to find a friend that actually wanted to go and see it, so I decided to tick one of those off earlier. Luckily, my American flat mate Taylor really wanted to see it too, so we went as a duo. No better way to say goodbye to all the hard work and stressful times with something that I wanted to do for ages!
Off we trekked yesterday after my exam to the box office of the Mamma Mia venue, hoping to get some half decent seats. On arrival, we ask the ticket booth staff member for two student tickets, where he explained that the lowest priced seating was £35 and the best was £65. Fate was in our favour that day, where he bent some rules and sold us two seats that were 4 rows from the stage for the lowest price. We did not even hint to him or anything, he willing just sold them to us for a discounted price – winning!
I literally could not wait to see how the musical would be portrayed into a theatre play, but it was seriously well done. The acting was pure excellence, you felt every emotion that the cast felt. The voices of the cast were phenomenal and really put on a good show! The cast members looked very similar to the actors and actresses in the film to make it more real and the costumes were very creative and well made too. I would pay to go back to see it again, and again and again! Anyone thinking about going to see it, I highly recommend it!
I am sure I will be singing ABBA songs all day now. Well, that is all from me – I am off to enjoy my first day of my four month summer holiday!
Thanks for reading,