Hi everyone.  You may
or may not know me, but my name is Tanya and I blog over at Polka Dots And Cups of Tea. I heard about Aftab’s series when he tweeted about it and I offered up
mine and hubby’s and Aftab was good enough to take me up on the offer.
It all began a long, long time ago. Ok 18 years, but it
feels like a long, long time ago. I got my first proper job at a well known
theme park. Think primary colours and plastic bricks and you get the idea.
I was 17 and hubby was 18.I was and still am a very chatty,
outgoing person. Whereas hubby was and still is a bit shy when it comes to
talking to new people. We worked in the same department and as it was the very
first season of said theme park, the first few weeks before it opened were spent
cleaning. We teamed up a couple of times and me being me, chatted away about
everything and anything.  Hubby on the
other hand, just listened and nodded and said very little.
There wasn’t an instant attraction, but there was just
something about him that made me develop a little crush on him. I always ask
him, if he fancied me from the start and he always laughs and says no, but I
bet he did! 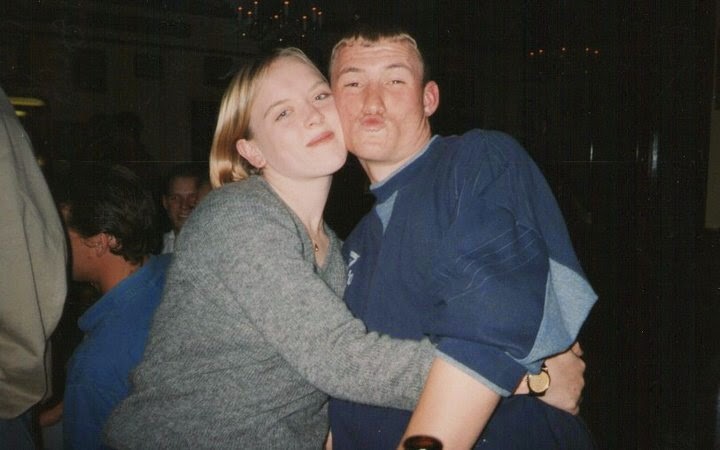 Every Friday night was karaoke night at the local pub that
we all descended on and it was one of those Friday nights that it all changed.
After a few drunken renditions of ‘Summer Loving’ and ‘Grease Lightning’ I took
the plunge. I told him straight out that I fancied him and would he like to
come out for a drink with me, on our own. Obviously he said yes and this is
where our journey began.
Just after we got together I went on holiday to Malta with a
friend and even though we had only been together a couple of weeks, I missed
him terribly and I couldn’t wait to get home to see him. 18 years ago, there
wasn’t texting or skyping to keep in contact, so it was postcard and a couple
of phone calls from an ancient phone box.
I returned from my holidays and the first person I wanted to
see, was him! From that moment on we have been pretty much inseparable.  He became my best friend very quickly and I
can’t remember the first time we told each other we loved one and other but it
wasn’t long after we got together.
We were together for a year before our first proper holiday
together and for some reason we decided upon Gambia! It was one of the most
memorable holidays ever. I remember vividly the Chambermaid who cleaned our
room and rather than taking money as a tip, she took one of hubby’s Chelsea
shirts to give to her son.
It wasn’t long after we returned that we got engaged. When
we got engaged, it was bit of a spur of the moment thing, sat in my bedroom at
my parents house. He jokingly said we should be married the amount of time we
spend together and I said ‘Ok then, lets get married!’ After this I pretty much
moved myself with him, at his parents house. Only going home when I needed my
washing doing or for Sunday dinner, when my mum demanded it. 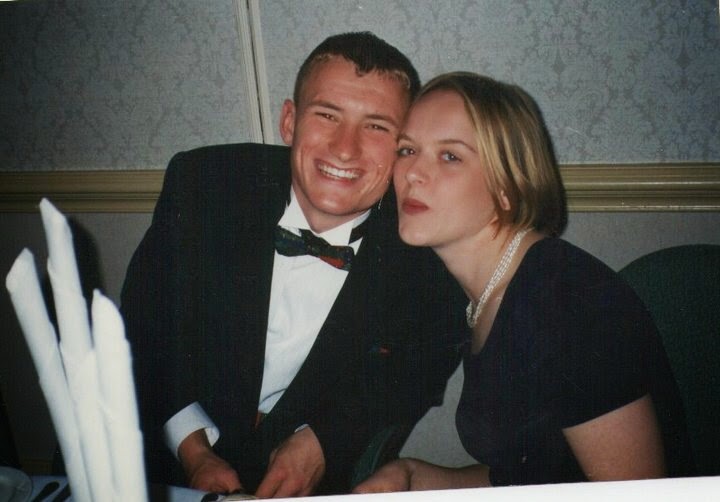 At the Christmas of 1998, 2 years and 7 months after we
first got together I found out I was pregnant. I was 20 years old, we were
still living at home and not even thinking about setting a wedding date.
Needless to say it was a big shock to us both and I remember telling my mum
when she emptying the washing basket. This was when we got on to the grown-up part of our life. We
knew we had to find a home and for a couple of months we searched and we
waited, while we bought baby things and trying to think which one of our
parents would let us stay with them, when the baby was born. Thankfully we
found a lovely little one bedroom house a few months before Shannon was born
and we had great fun making it a home. It took me while to become a domestic
goddess, but now I would put Nigella to shame!
We got married in October 2000. We figured it would be the
one way we would always remember how long we’ve been married by having it that
year. It was one of the best days of my life, so far and I vividly remember our
first dance to Shania Twain’s ‘From this Moment’ and me sobbing my way through
the dance. We still laugh about the point throughout the day when my younger
brothers and my uncles dragged Hubby into the toilet, to give him the ‘Be good
to her or else’ speech.
There were people that told us we were too young and it
would never last, but boy oh boy have we proved them wrong.  There’s a song by One Direction ‘They don’t
know about us’ and had it been around when we got married, I definitely would
have had it as our wedding song. The lyrics suit our relationship perfectly. 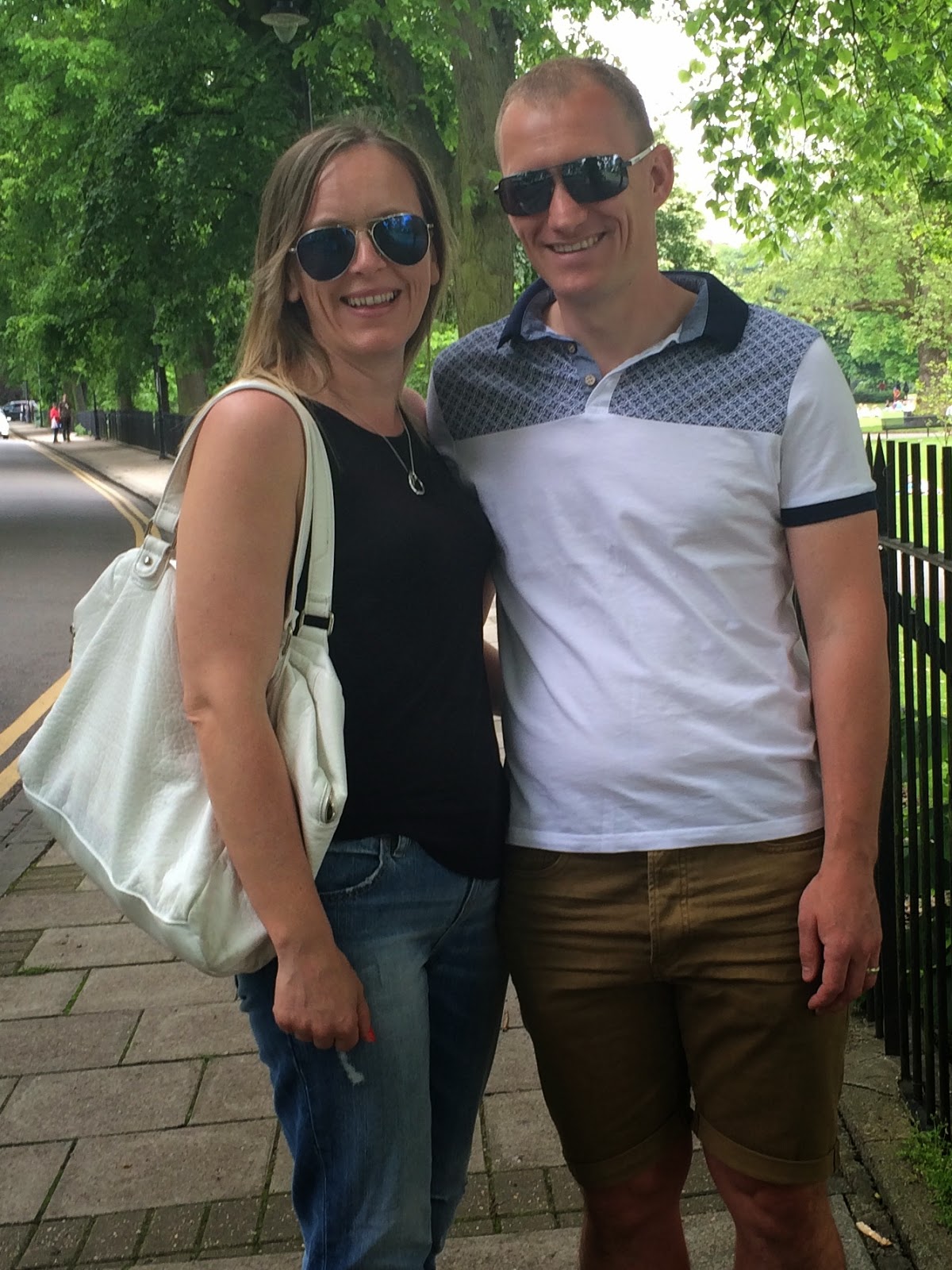 Our little family has grown and 18 years later there are 6
of us. Yes, we row every now and again and I’m sure we piss each other off
quite a bit! But there’s not a day that goes by that we don’t say “I love you”
to each other. We never go to bed without a kiss goodnight and we are as strong
as we ever were. You could say I love him more now than I ever have!
So there you have it. This is our journey. I hoped you’ve
enjoyed it and thank you so much to Aftab for letting me share it with you!
Tanya x
Thanks for reading,