As if Vancouver could not win my heart over anymore, with all the fantastic brands that I vicariously live through all my American and Canadian friends over in England, the extravagant food choices that many people only dream of and the copious about of Starbucks on every street corner, I genuinely want to move over here.
Evenings in the city are so magnificent, wondering around downtown admiring the beautiful city, lights glistening, cars speeding past and tall buildings towering over with an ever so elegant presence. Tarot readers and performers in the street, the city never sleeps.
Passing through the street a wonderful smell emerged from a small door that had a narrow staircase that followed up to a smart, tasteful Italian restaurant, with dimmed lightening and glistening wine glasses. 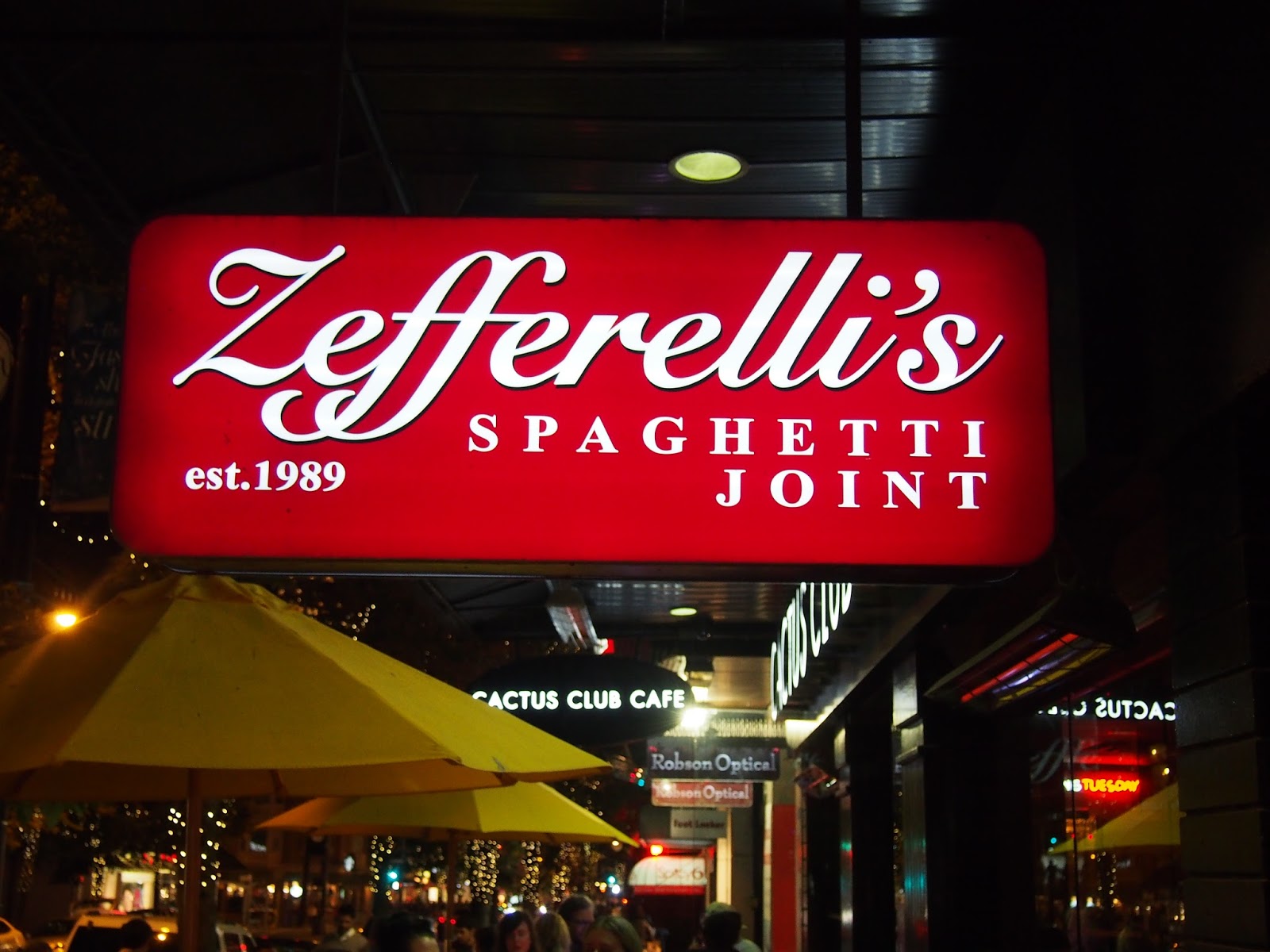 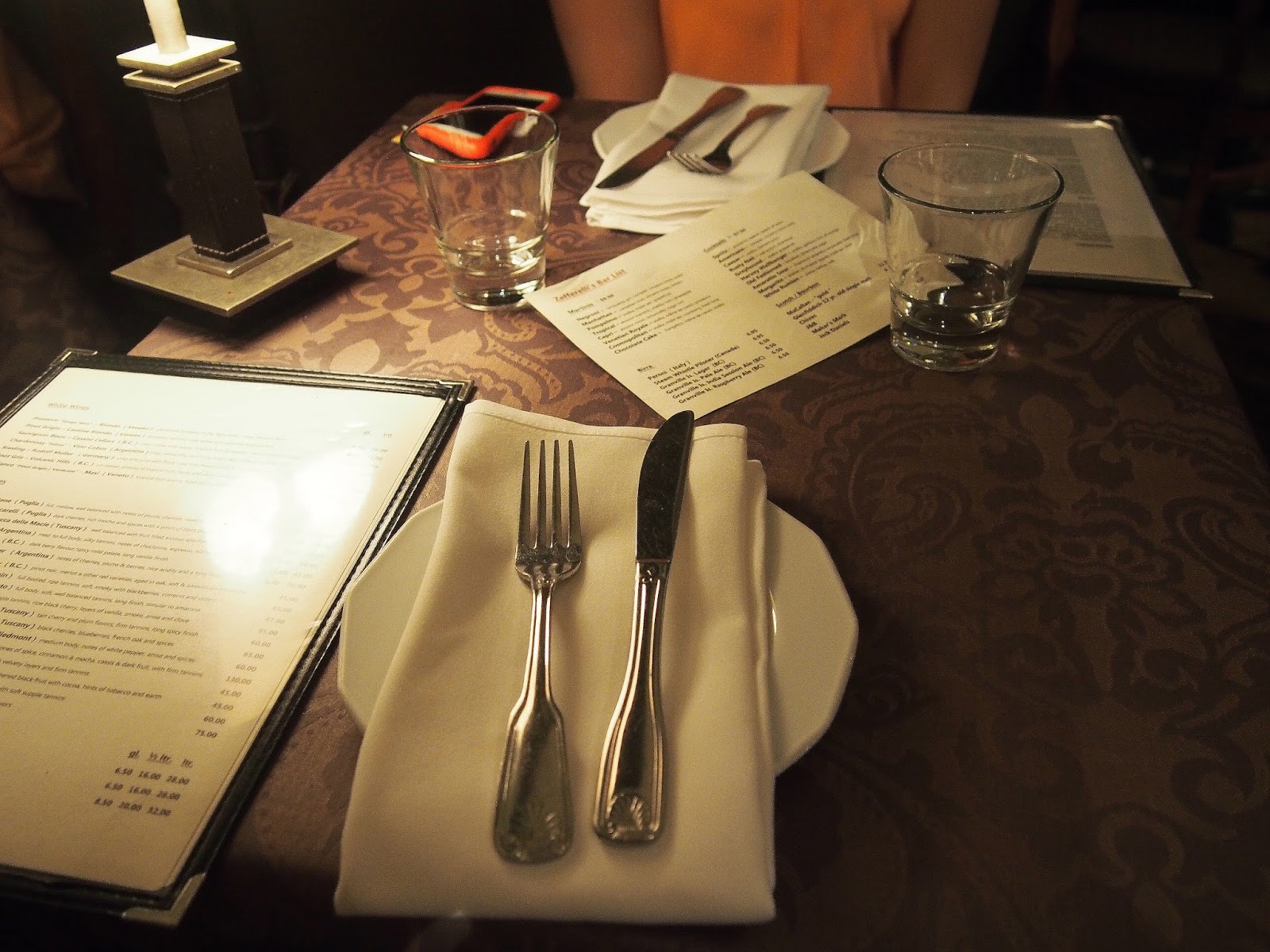 Within minutes of being seated, we were warmly greeted by a lovely Canadian waitress and were served half a baguette of crusty, soft bread and tomato salsa and a bottle of tap water, poured for us. Fantastic! 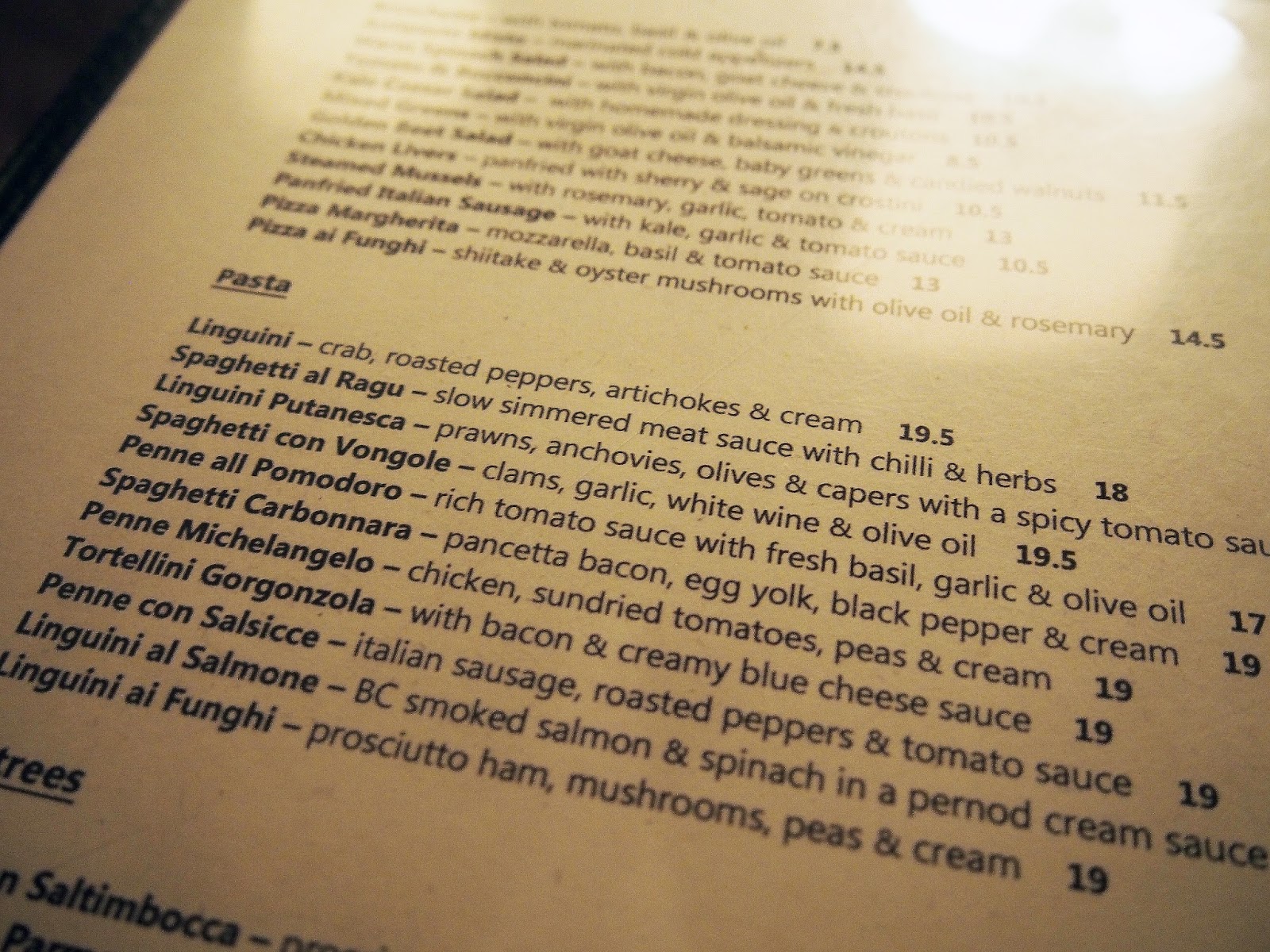 The pasta menu caught my eye, some of the dishes so different to what I have ever seen back in England. However, one dish really stood out to me more than the others, Penne Michelangelo – I just had to order it! What I also love about Zefferelli’s is that they do big and small sizes of the same dish, even though it isn’t shown on the menu.
Whilst we waited, Christina ordered a Cosmo martini that looks amazing, however I was being good and stuck to water – too much indulging has occurred in the few days I have been here in B.C. 😉 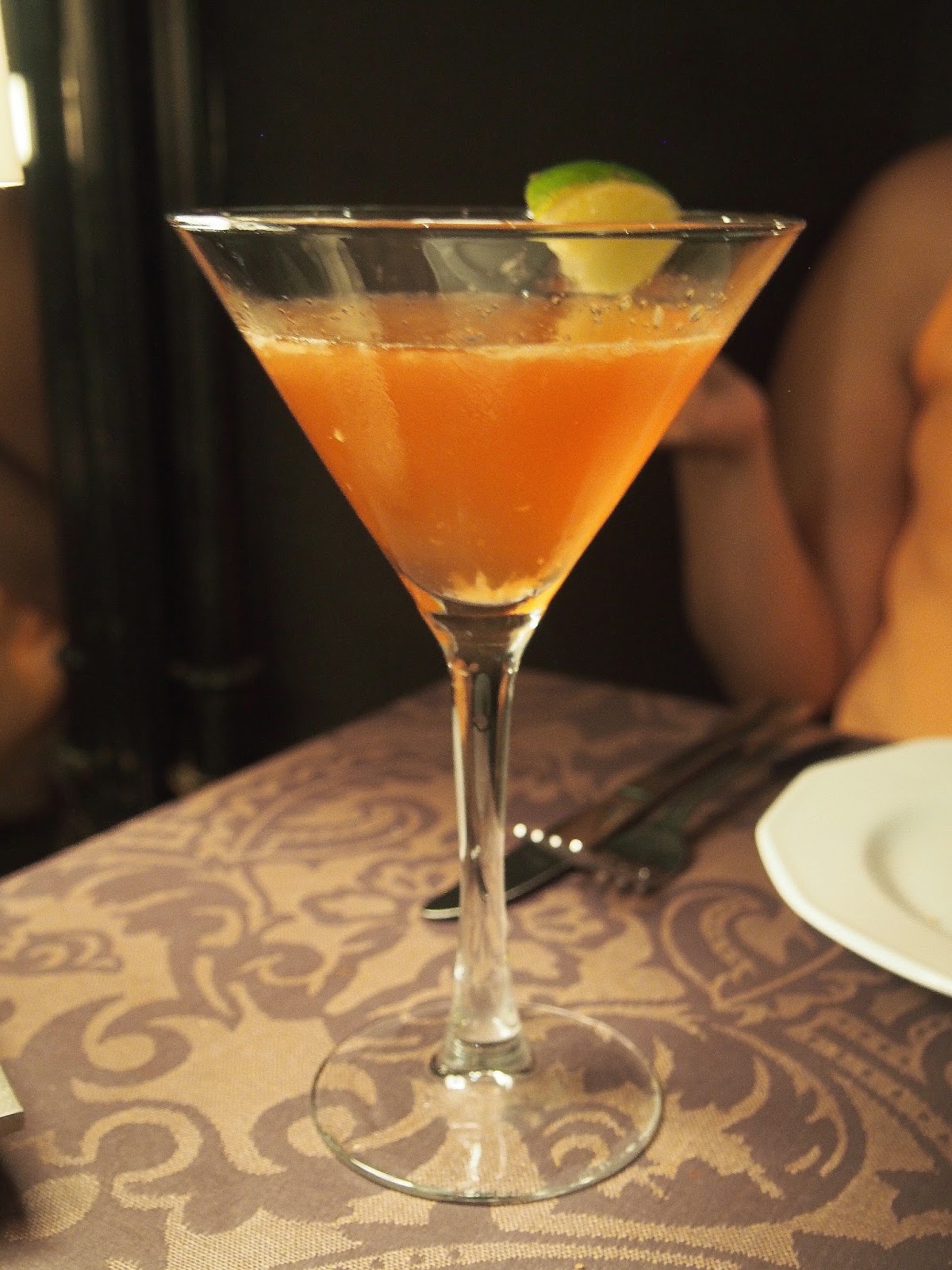 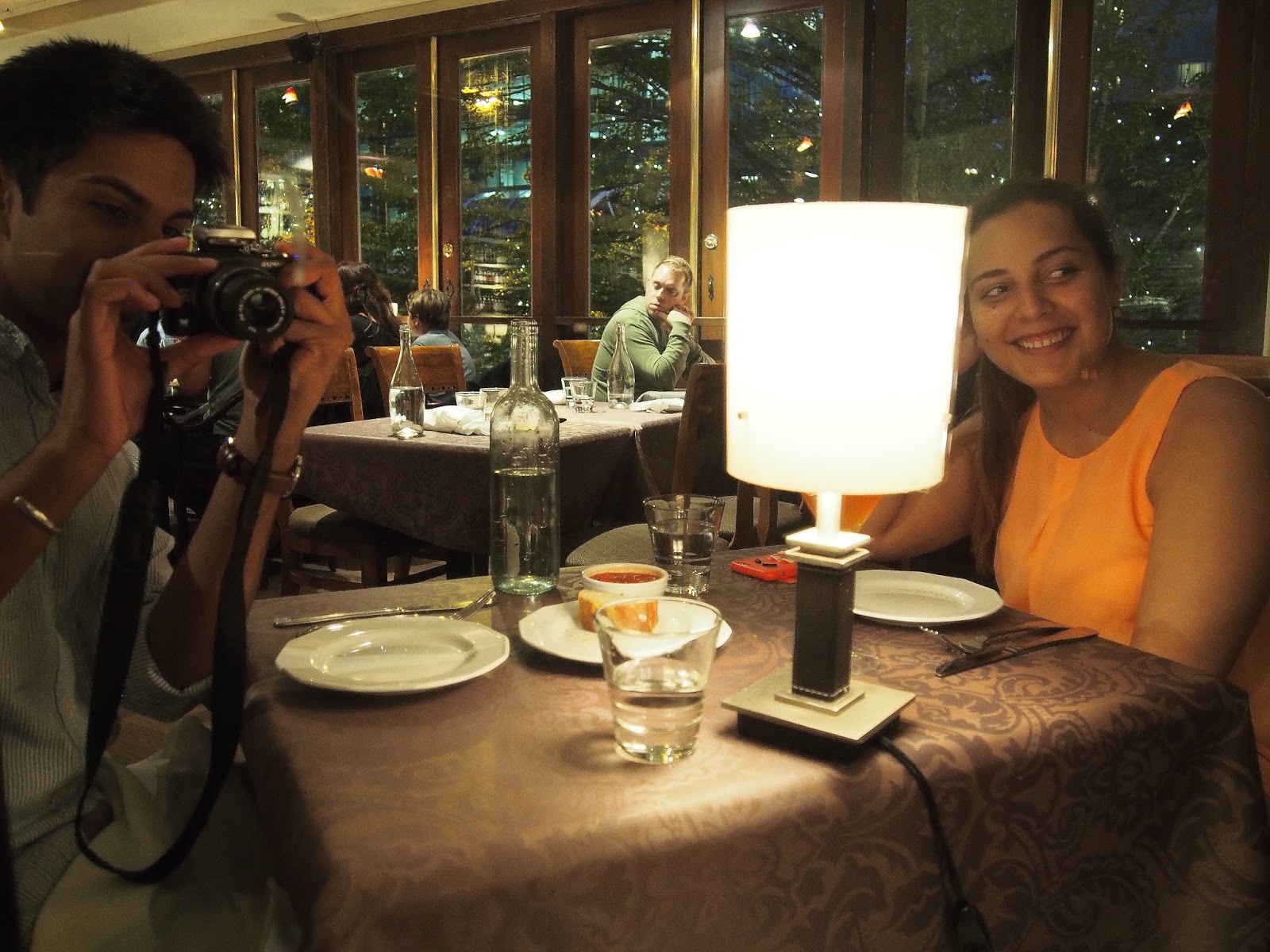 It wasn’t long before our meals arrived, super fast, piping hot and complete with lovely customer service – what everyone expects from a quality restaurant. 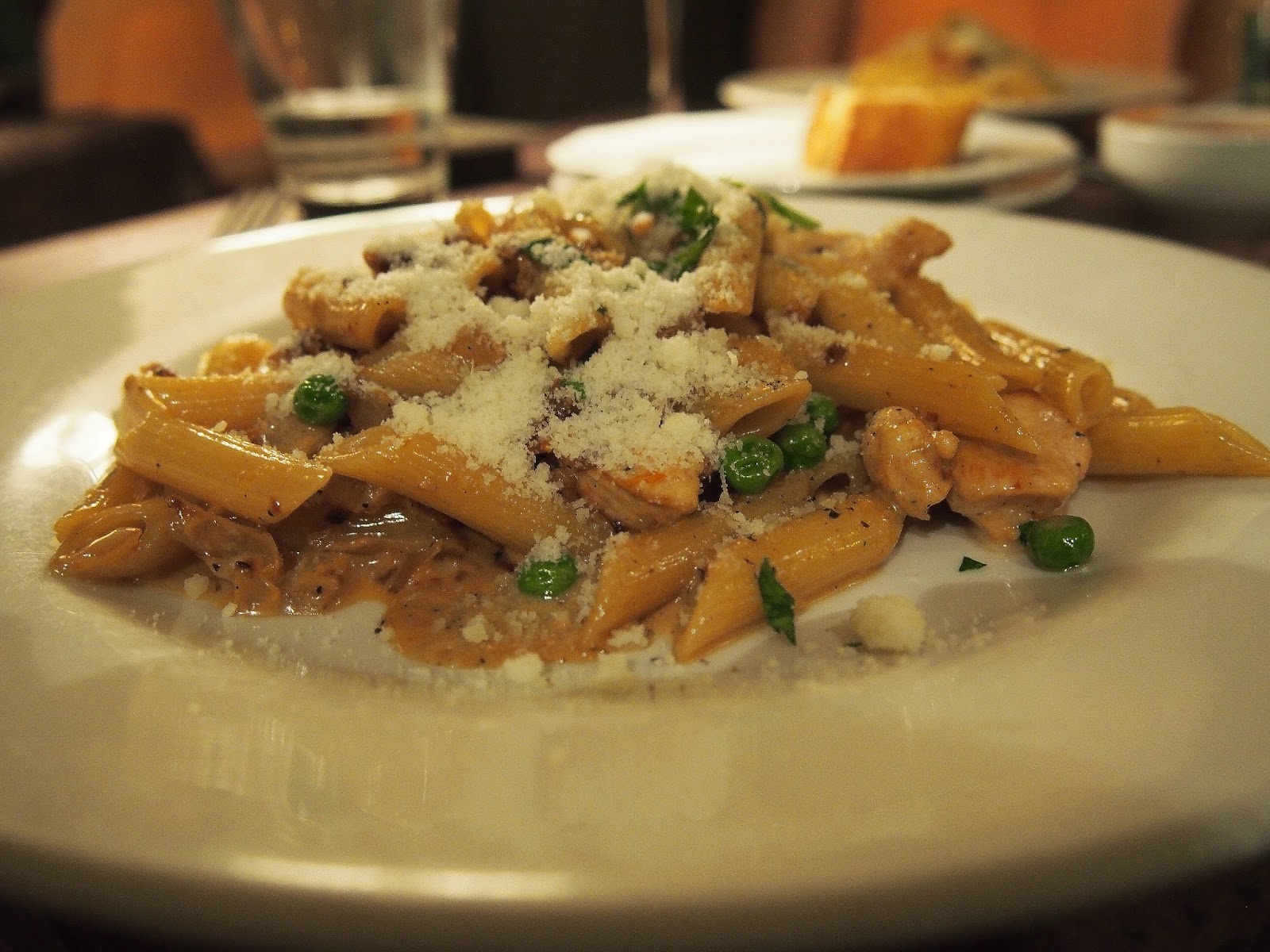 The Penne Michelangelo contained chicken, peas, sun dried tomatoes and cream. The dish was so well seasoned and tasted so exquisite, I already want to go back and have it again. 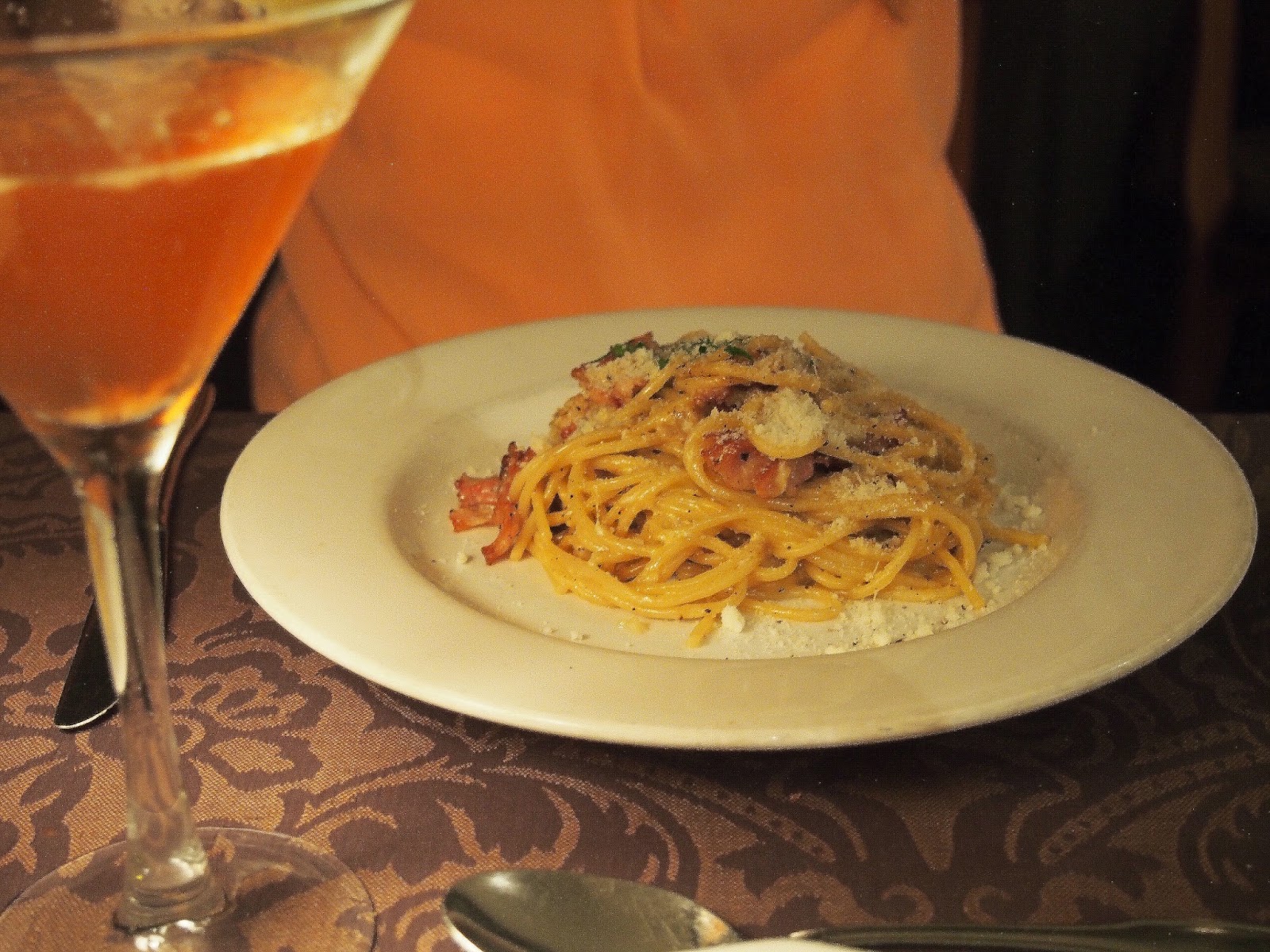 Christina went for Spaghetti Carbonara, which she had ordered at Zefferelli’s before. She definitely finished her meal feeling satisfied and content.
We both ordered the smaller size, purely because everything in Canada is double in size to what you normally get in England, it felt us feeling so full there was no room for dessert, as amazing as the lemon tart sounded, but it is definitely something to try next time!
If any of you are in Vancouver, I urge you not to leave without trying out this little gem. You will regret it if you don’t!
Zefferelli’s
1136 Robson Street
Vancouver
B.C.
V6E 1B2