Hello! I am Charlotte, I am 19 years old and perhaps
a little bit insane. My equine journey… where do I start?! It began around 8
years ago. I’m not really sure what made me start riding, I had never shown an interest
in horses at any point in my life before then, I mean yes as a child you always
end up on some shetland pony at a fayre or farm somewhere being led around thinking
it was wildy exciting, just sitting up there on that tiny little pony aimlessly walking around. Never in all the years of pony rides, did I once imagine my life revolving
entirely around those creatures and I certainly never envisaged myself ever having my own! My equine story shows the difference between keeping it as a hobby or turning
it into your life. One of the best pieces of advice I ever heard is quoted from
a film, The Dark Knight as said by the Joker “If you’re good at something,
never do it for free.” You will see the relevance of this as you read on…
As I said, it all began 8 years ago, I don’t
know why but I asked my parents if I could have a riding lesson so off we went to
book one at a wonderful place called Stocks Farm Equestrian centre, oh how I remember
that first lesson! I rode a pony called Tonto who was a lovely little palomino,
before I knew it I was trotting along on him more than happily! So naturally it
became a weekly thing, before long I was cantering around, moved up into a more
advanced lesson with an instructor who can I thank for pushing me to my best and
also hardening me up to everything, including being shouted at. I believe having
this start to riding was what set me up for the future, I started fearless and
to this day, I remain pretty much fearless despite the ridiculous amount of falls
that I have had! There’s not much that can scare me on the back of a horse!
That’s why learning on riding school ponies is so good, they always test you,
they always have such cheeky characters and I would not have learn any other
way so this is a little shout out to the riding school horses at Stocks, you’re
all awesome! 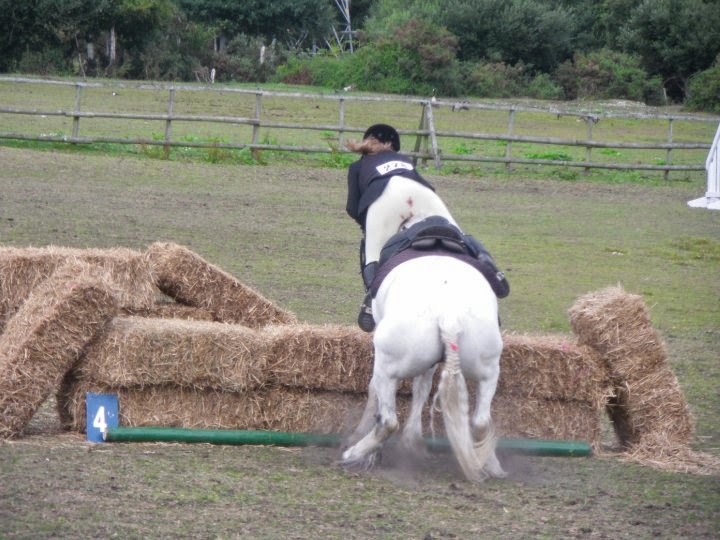 Now
we get onto the next part of my journey, by this point I had done about 3 years
of riding, so a lovely loan pony called Monty entered my life, he was rescued
from gypsies so you can imagine there where a few issues but nothing I hadn’t
encountered before (school ponies again!). Monty was 14.2hh, a Welsh
section D and very closely resembled Black Beauty. After I had him for around 3
months he went on to become a riding school pony and he did this well for a number
of years. Now at this point I’d gotten to know a lot of people, my instructor had
changed 3 times and I now had someone I would remain friends with more years to
come. 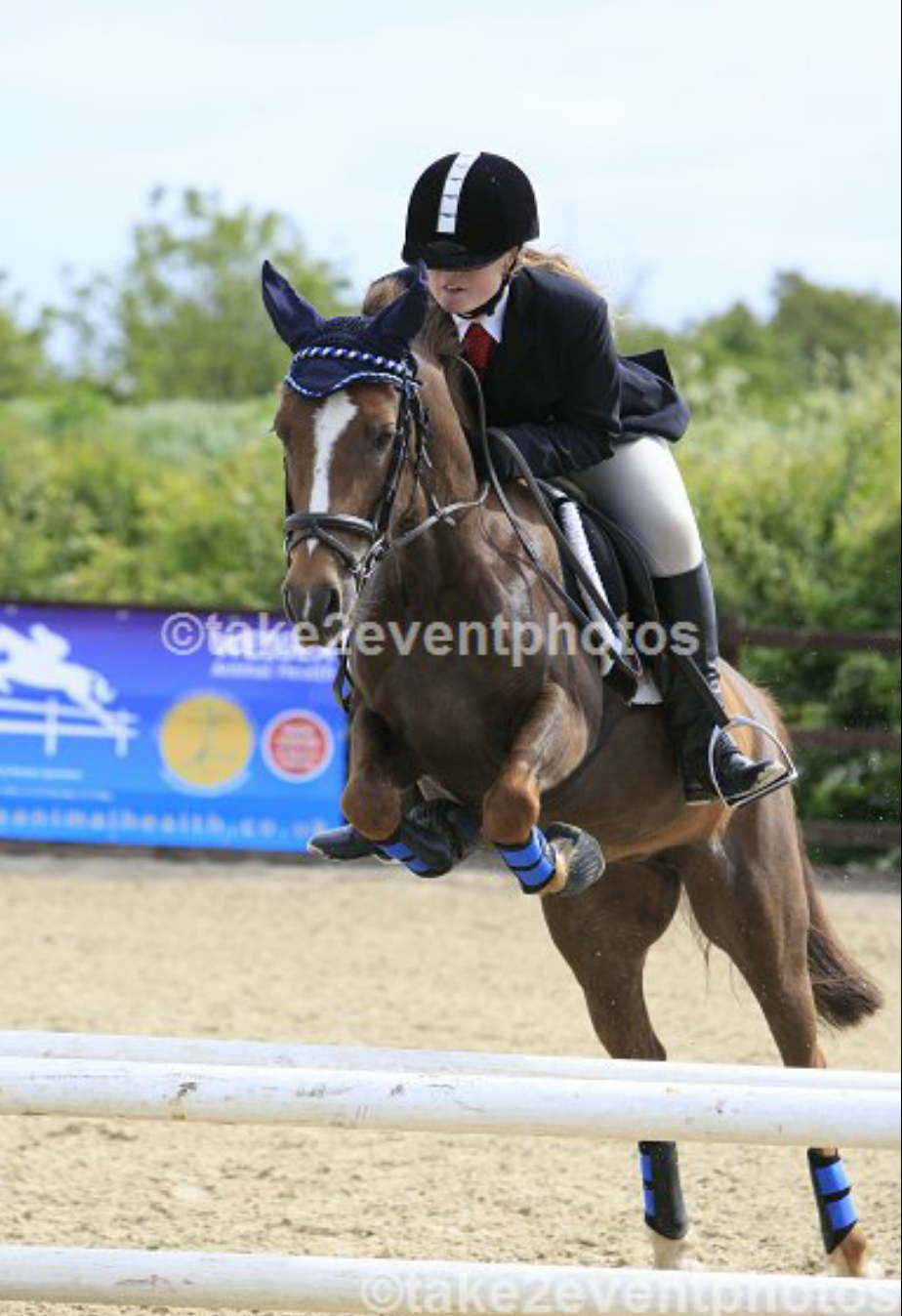 We now move onto my next horse, who was by far
the one who really took me out into the equine world. His name was Rodney and he
was most beautiful irish cob X shire. He was lovely, laid back and I trusted him
100%, we did everything, dressage, jumping, you name it, I guarentee we’ve done
it at least once! He became a huge part of my life, for 3 years I had the privilege
of enjoying him and I loved every minute of it, but as they say all good things
do eventually come to an end, he got older and so did I, I left school and his
owner was moving him away for a quieter life in the country. I took him for one
final hack the day before he left and I’ll never forget it. He really was just
one of those horses that I just loved and the day he went I can’t say I managed
to hold back the tears. This is a shout out to Rod, one of the best horses I
ever had the pleasure of loaning. Still miss him even today. 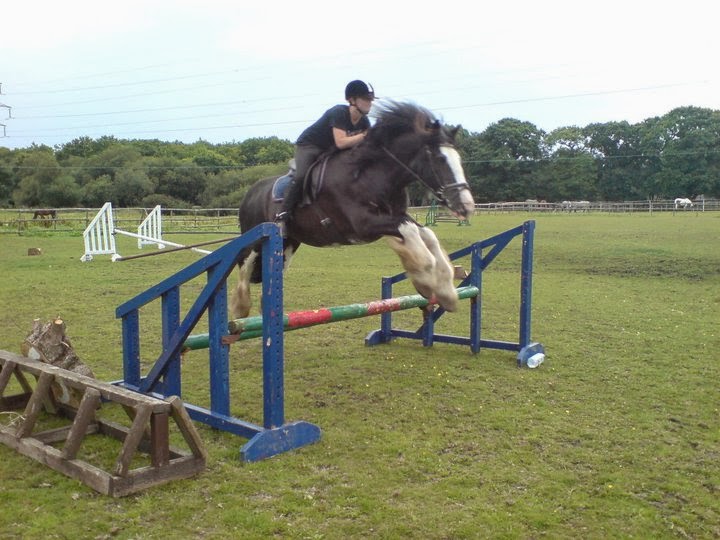 We
start to move onto my next little venture out into the horsey world, to a place
called Happy Bottom (yes that is it’s actual name, sign-posted and everything!)
I came to know about this place through my current instructor, Rachael who I met
at Stocks about 7 years ago now. At Happy Bottom we had the time of our lives, she
owned lots of Ponies including several that had been rescued. The two I rode there
where called Tom ane Meg, Tom was the sweetest little pony, we had many hacking
adventures and eventually he was sold to a lovely family who kept us upanded on
how he was doing. Meg was rescued from an owner who underfed her and did not
look after her feet properly, but after a few months at Happy Bottom she was
happily being ridden out doing everything, She was 19 at the time. Then during April
2012, Rachael bought the pony that would one day change my life, her name was Munchkin
and she became my new project pony. I’d be longing for a project pony for quite
a while and she was exactly what I wanted. I began my journey with her, I’ll
never forget the first time I tried to ride her in the school, she did the opposite
of everything I asked her to do, bucked, took off, the lot! Yet here we are, 2 years
later, taking on the world! 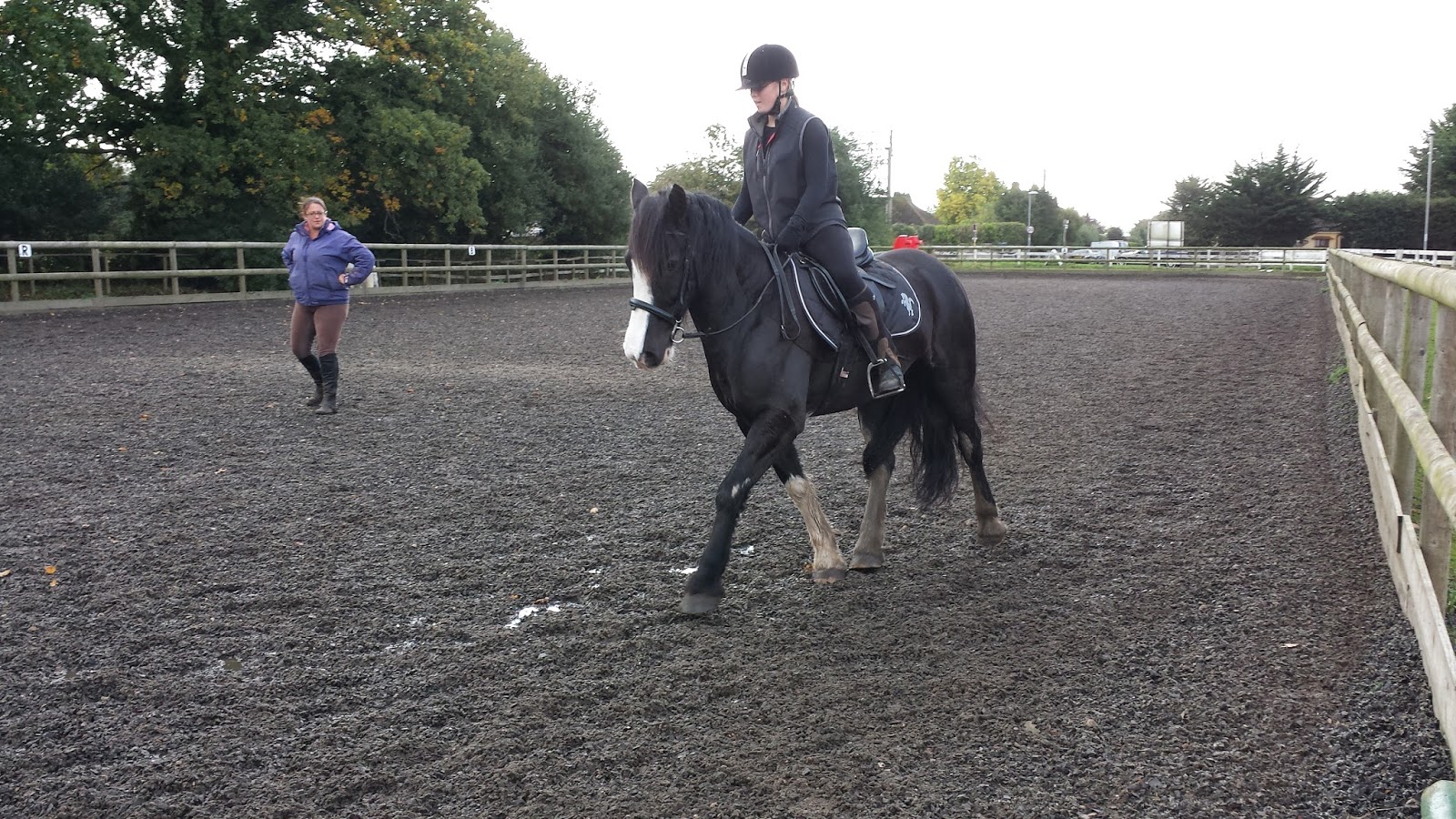 At Happy Bottom, the time eventually came
when Rachael wanted to sell Munchkin and offered her to me, I knew that I didn’t
want her going anywhere else yet I was in a far from perfect position to buy her…
but I took a chance and I’ve never looked back. Eventually we all decided to move
from Happy Bottom, I’ll always remember it as a happy place, the place where I really
came into my own and realised what was actually capable of. We moved to a place
we named Chubby Bottom (due the extreme amount of grass!) Which we all loved very
much. Eventually then the time came to move on again, I’d been part of our little
group for several years and of course would miss it but now it was time to go
it alone with Munchkin to a lovely little yard near stocks which Munchkin and I
both love! Recently I feel that Munchkin and I have really started to move forward,
I have lessons every week on either her or another lovely horse I have the privilege
to ride called Liquorice. 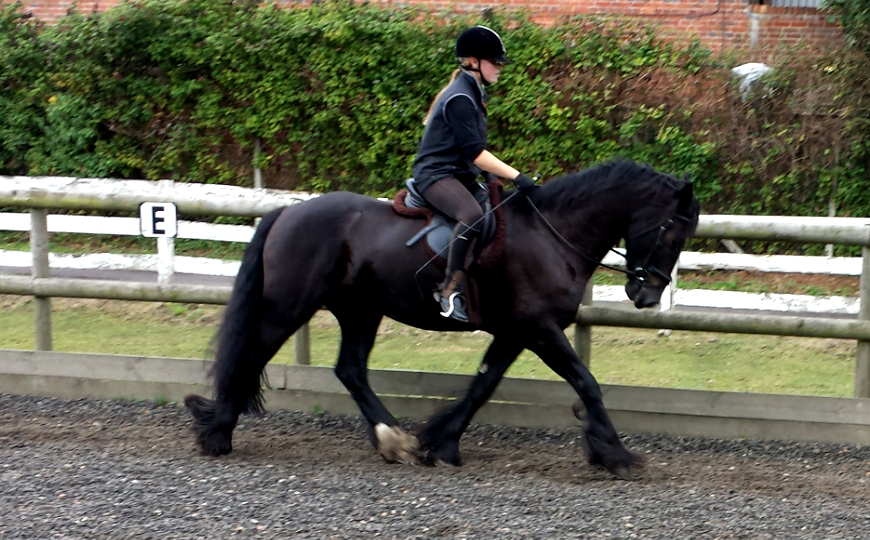 I’ve always been confident in the way that i’m not
frightened by anything when on a horse, but it’s a different thing being confident
in my ability which I just wasn’t at one point. I felt like I was as good as I
could be. After having lessons with my wonderful instructor Rachael, who
helped me to believe in myself again and realise that I was far from what I could
be. She has definitely brought out the best in me, pushed me hard and helped me
feel like I could just keep learning and keep improving. There’s so much more
that I could still do with my riding and with a pony like Munchkin and an instructor
like Rachael, I really can’t wait to see what the future holds for us. Onwards and
upwards! 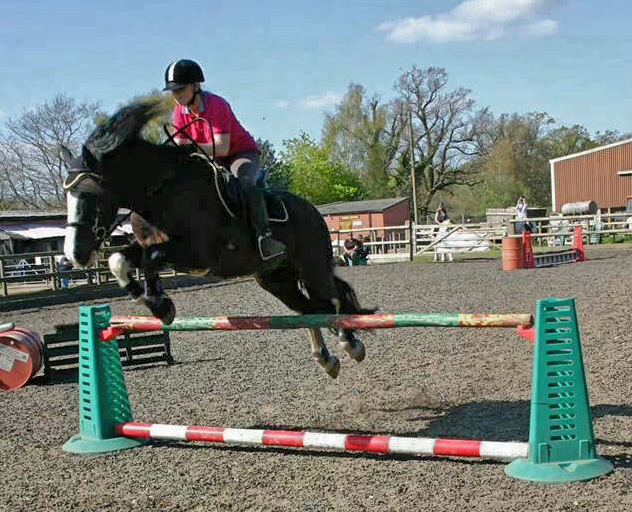 Charlotte x
Thanks for reading,