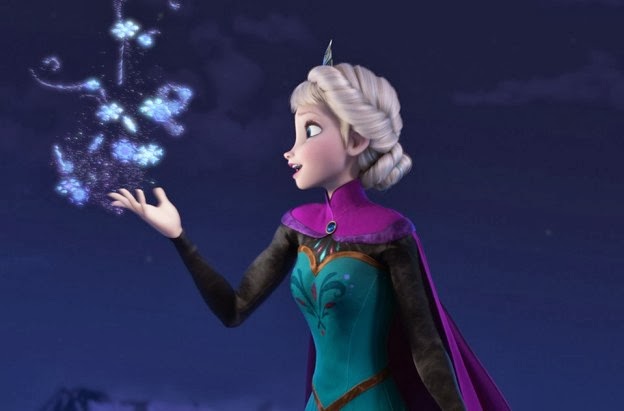 When I saw the title of today’s post, I am not going to lie to you all… I did squeal a little! I knew exactly who I was going to base it on too. Of course, some of you must have guessed that it is Frozen’s ice queen – Elsa.

Before people start saying that Elsa isn’t a princess, let me state this quote: “Along with Anna, Elsa is set up to become the 13th member of the Disney Princess line-up”

Whilst I was babysitting my cousins the other day I did in fact ask them if they liked Disney and had seen Frozen and their reply to both was no. I was shocked to say the least but apparently their friends have seen it and said it was amazing (well duh, don’t say I did not tell you so!)

What makes Elsa so special? She is different. I like different. Elsa has a very pretty outer structure, slender and sleek with platinum blonde hair with pale skin and blue eyes. She is also an ice queen, not something may people would have seen coming. Whilst she is the main character in the film, it is not her that finds love (which you would expect!) it is in fact her little sister Anna. Elsa explains to Anna that marrying something you just met is something that is not possible, which until now has occurred in almost every Disney film with a princess.

Elsa is characterised as a girl who is lost, who is confused about how she is going to control her powers especially after her parents died so unexpectedly. Many people feel that she is some sort of regal and reserved character but in fact she is scared and misunderstood, since her secret is so unique and for it to get out and for the people of Arendelle find out, it would cause all sorts of havoc.

Little does she know that fear is what makes her powers worse. Elsa doesn’t know how to love either, since she hurt her little sister whilst playing as children and having spent many of her years locked away in her room. The big thing is that love is what causes the wrong doing of her powers to be undone. She only finds this out after she once again hurts her since when Anna comes to save her, freezing her heart. Except its too late, by the time anyone could have saved her she was frozen. Elsa then sobs on her and exclaims that it was not meant to happen and how much she loved her sister, which causes the ice to defrost and for Anna to live another day. Once Elsa overcomes fear, she becomes a joyful sweet heart which brings joy to her sister and the villagers of Arendelle.

That sums up why I love Elsa (and Frozen of course!)