Mayfair has to be one of my favourite neighbourhoods in London. It’s definitely ever luxury lovers dream, especially as it goes from some of the most gorgeous hotels on Park Lane right through to some of the finest luxury brand boutiques on Old Bond Street to as far as the hustle and bustle of Piccadilly, Oxford Circus and Carnaby Street.

There is always something happening in Mayfair, which is why I find myself there a lot. It’s the hotspot for the latest pop ups, new restaurant openings and some of the coolest buildings. I recently got to explore Mayfair on a different level, looking deeper into what the area had to offer in terms of it’s art deco and some of the most scandalous secrets that remain hidden behind locked doors. Our tour was led by someone I am no stranger to, the fantastic and very informative Yannick. For the longest time i’ve wanted to go on one of Yannick’s tours, but I just never managed to find the time to go. Alas, my time arrived I felt so honoured to explore Mayfair of all places, whilst learning so much about the area too.

The Landsdowne Club was once called Lansdowne house before it turned into a private members club. The famous Sir Gordon Selfridge, the founder of luxury department store, Selfridges used to rent the entire house out for £5,000 back in the day. He could afford to do it so regularly, it became his playground where he hosted some of the most lavish parties known to man.

Bourdon House was once owned by the Duke of Westminster. In the 1920’s it became his residence where he had a love affair with the one and only Coco Chanel. She used to play host at his residence a lot, inviting all her friends over making the most of his Mayfair abode. The Duke was far from phased by Coco Chanel’s antics and doted on her. It was the Duke who introduced Coco Chanel to some of the finest Scottish fabrics, before she opened her first boutique store right around the corner on St. Davies Street. The Duke was so smitten with his love affair, he proposed to Coco Chanel before she politely declined his hand in marriage with a simple response of, “There are many duchesses but only one Coco Chanel!” – Atta girl, she know’s her worth.

The residence is now owned by Alfred Dunhill, founder of Dunhill London. 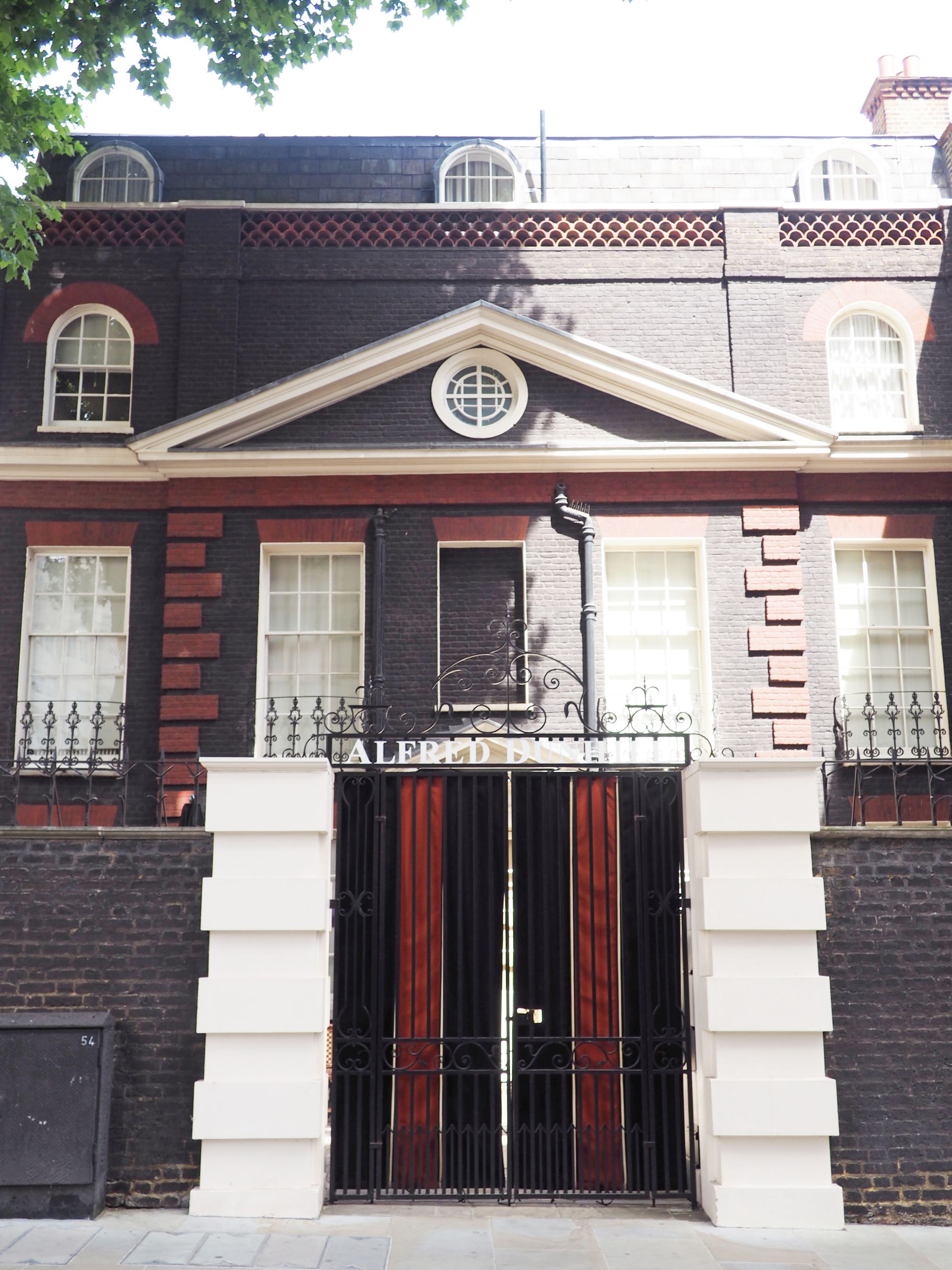 Claridge’s was founded as the Mirvart’s Hotel, as a terrace house, which slowly grew by expanding into neighbouring houses. The hotel was then sold onto Mr and Mrs Claridge who owned a small hotel next door. Before you knew it, the two hotels were made into one operation before settling on the name of Claridge’s. The art deco interior and exterior of the hotel hasn’t changed since it was first decorated, still featuring deer jumping, which was a popular motif back in the day. Along with the arched doorways and aviation focused art, which was a huge deal back in the 1930’s. Today it stands as one of London’s most loved classic luxury hotels. 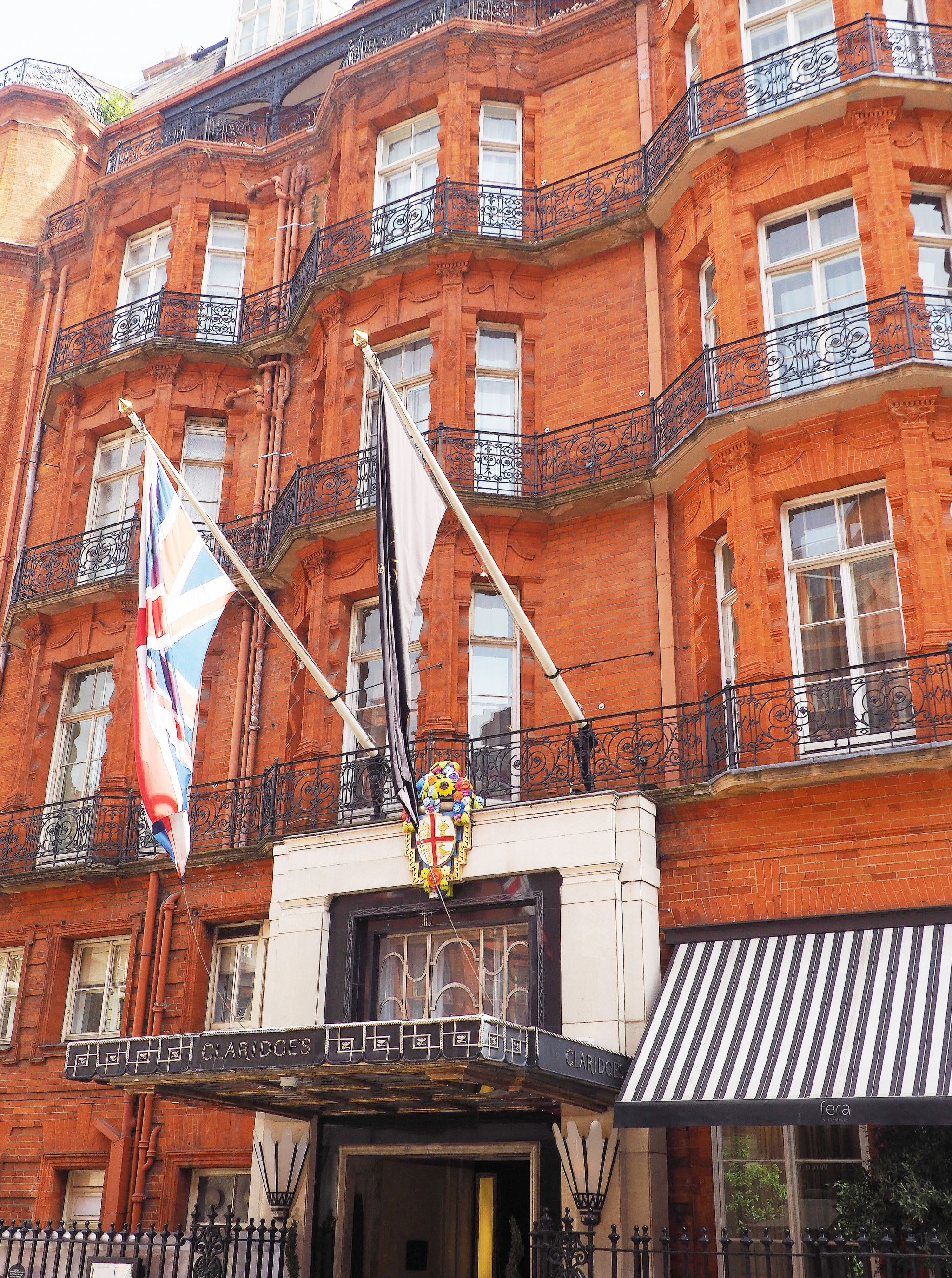 After a few hours of walking, we were all ready for a sit down and have something to eat. In true Mayfair style, we popped over to Park Lane for afternoon tea at The Dorchester, one of my favourite luxury hotels in Mayfair. Nothing more appropriate than doing something classically British to carry on the culture through to the afternoon. 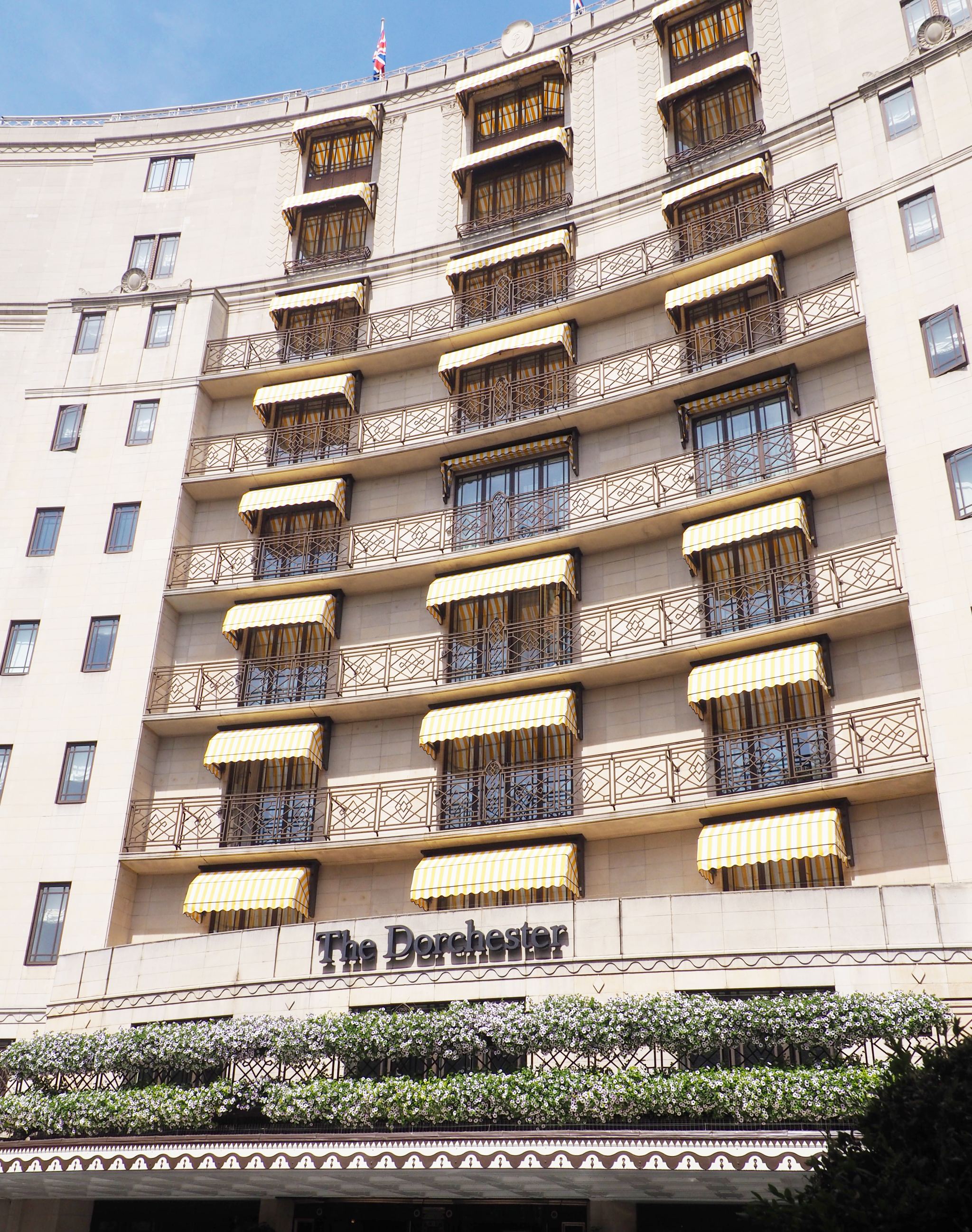 No matter how many times I visit The Dorchester, I always fall in love with the Promenade and its elegance. It definitely makes for the perfect spot for a relaxing and delicious afternoon tea. 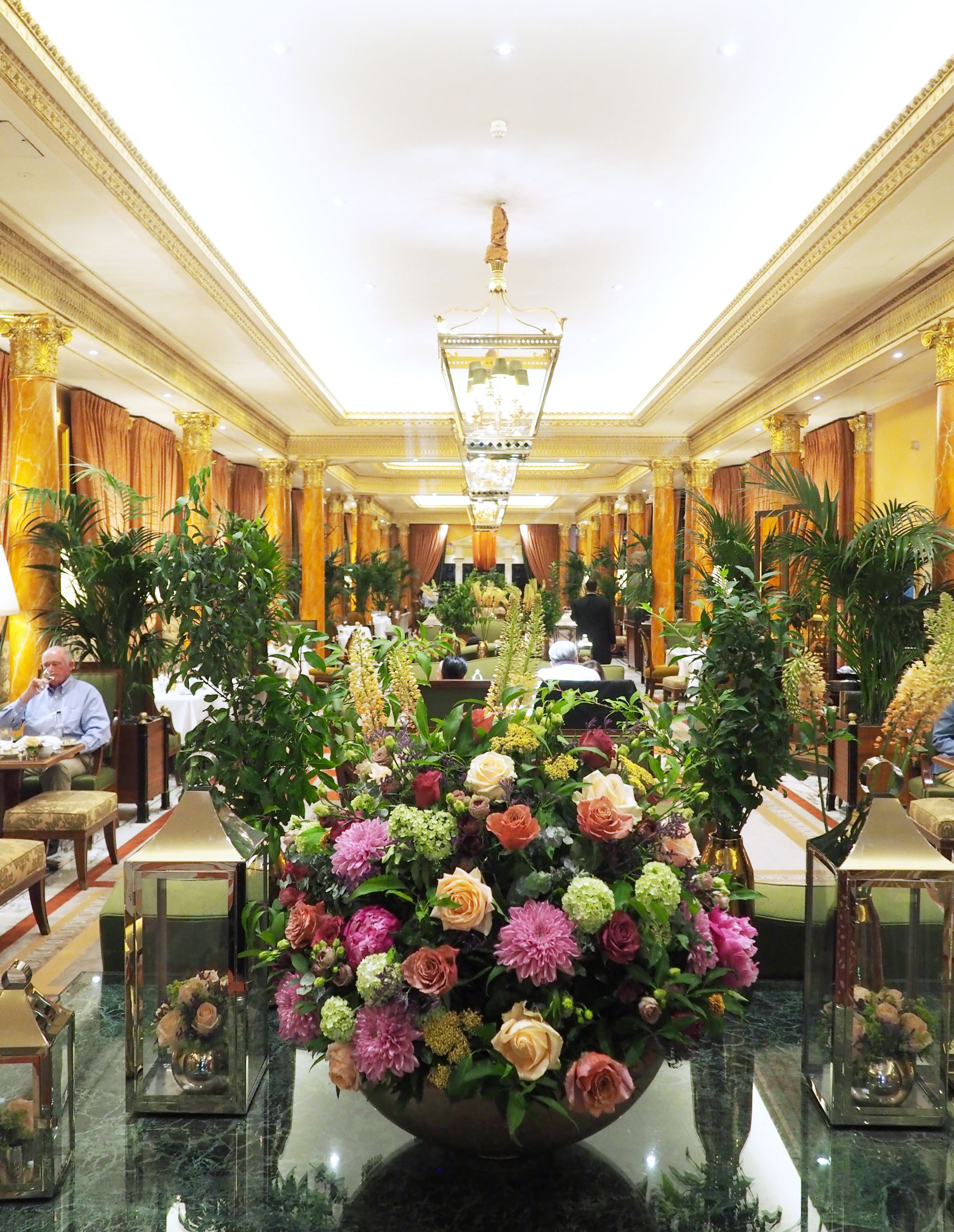 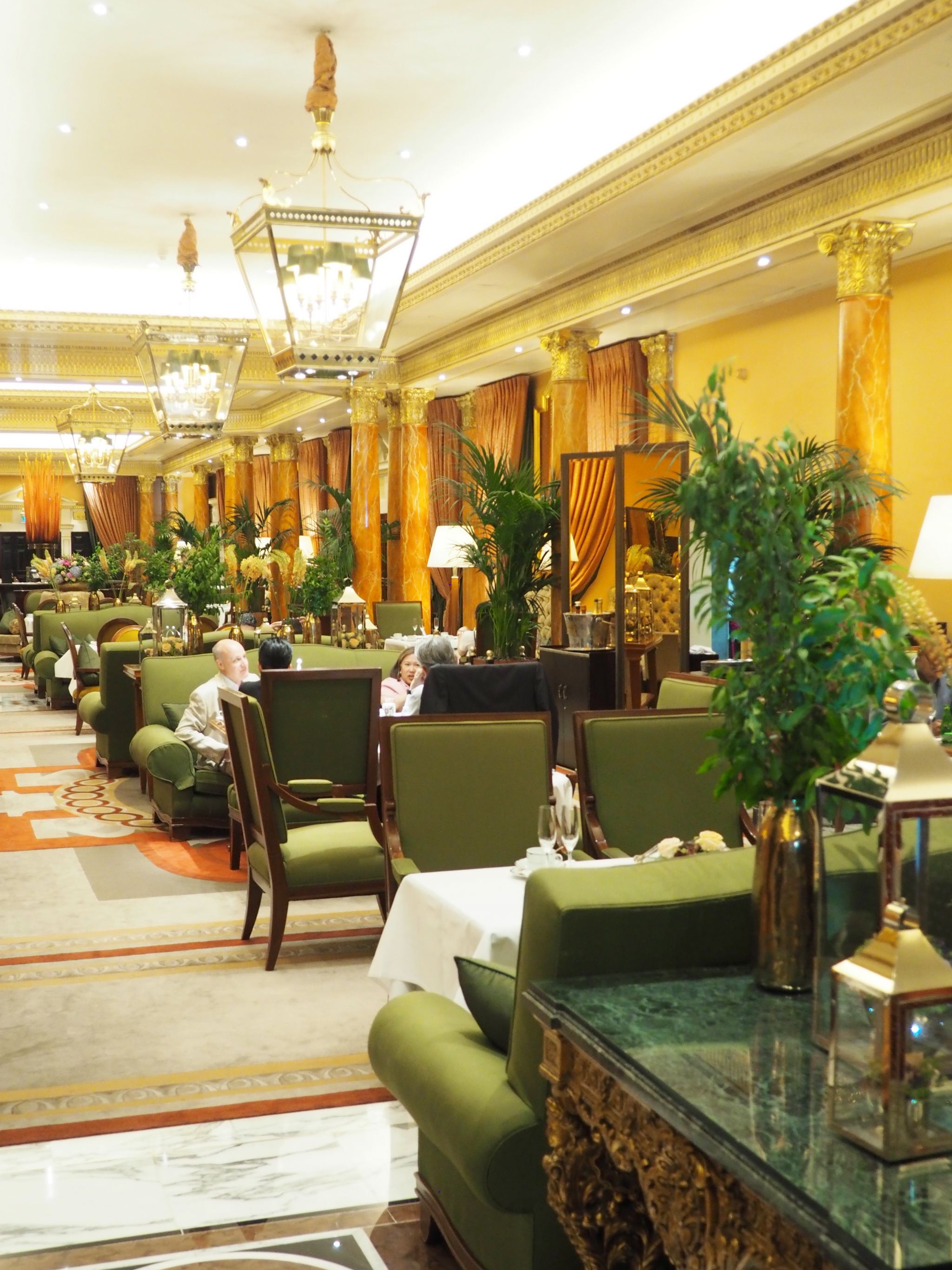 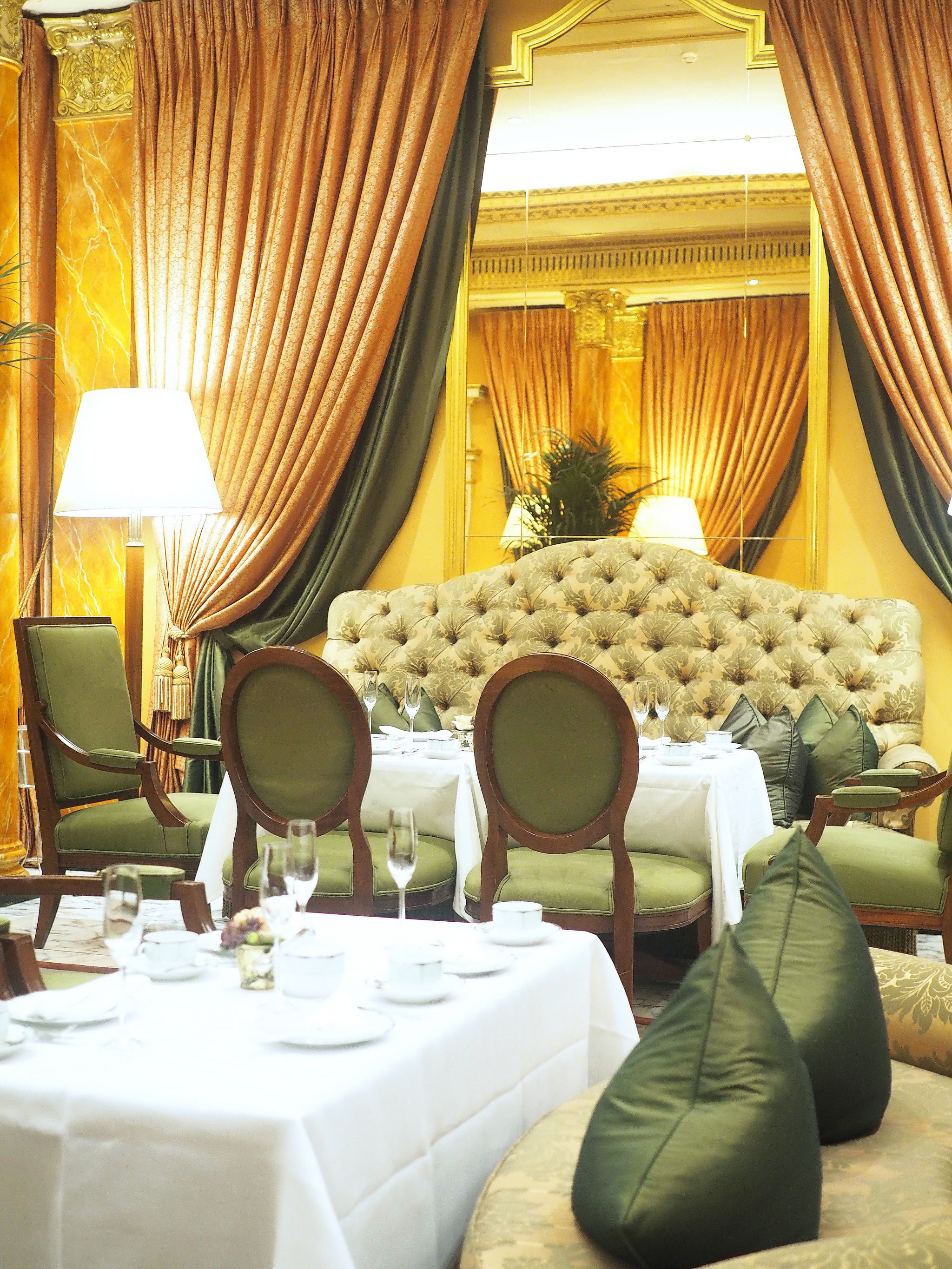 Taking our seats at the beautifully set up table with gorgeous champagne flutes, plates and matching cups and saucers. There is always a good attention to detail that never goes a miss at The Dorchester. 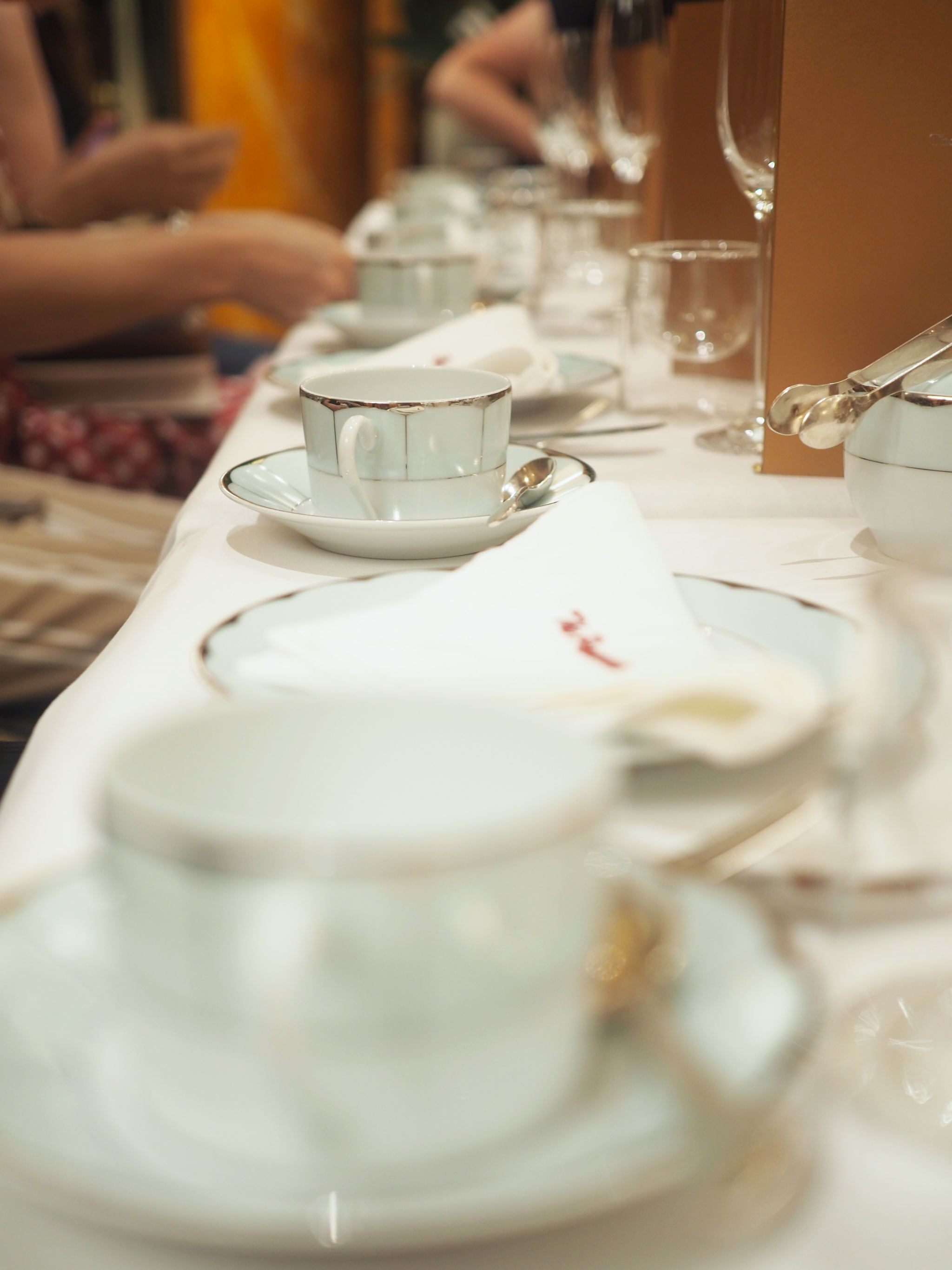 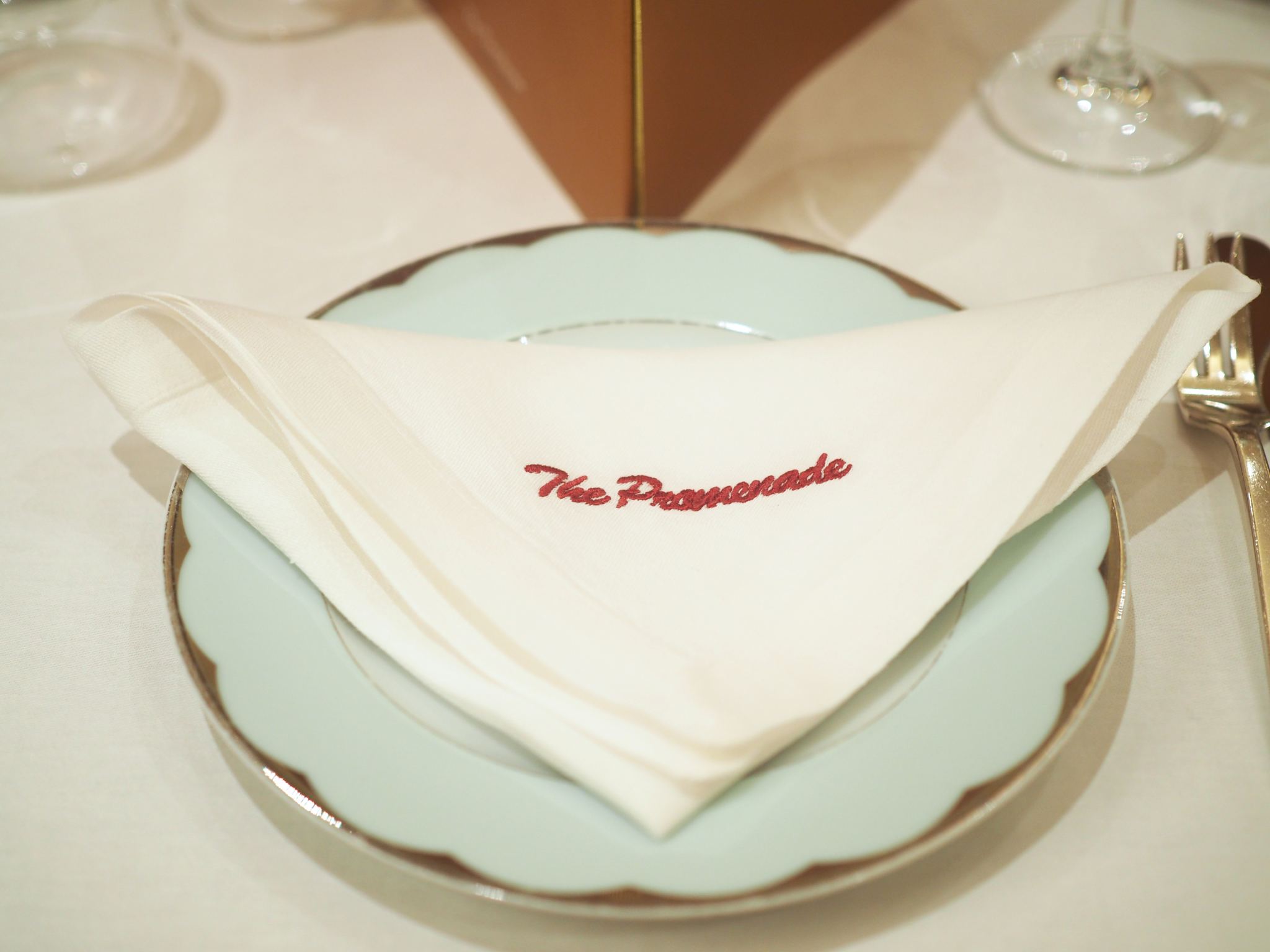 We popped the cork on a magnum of Laurent-Perrier brut champagne to kick off our afternoon tea experience. Cheers! 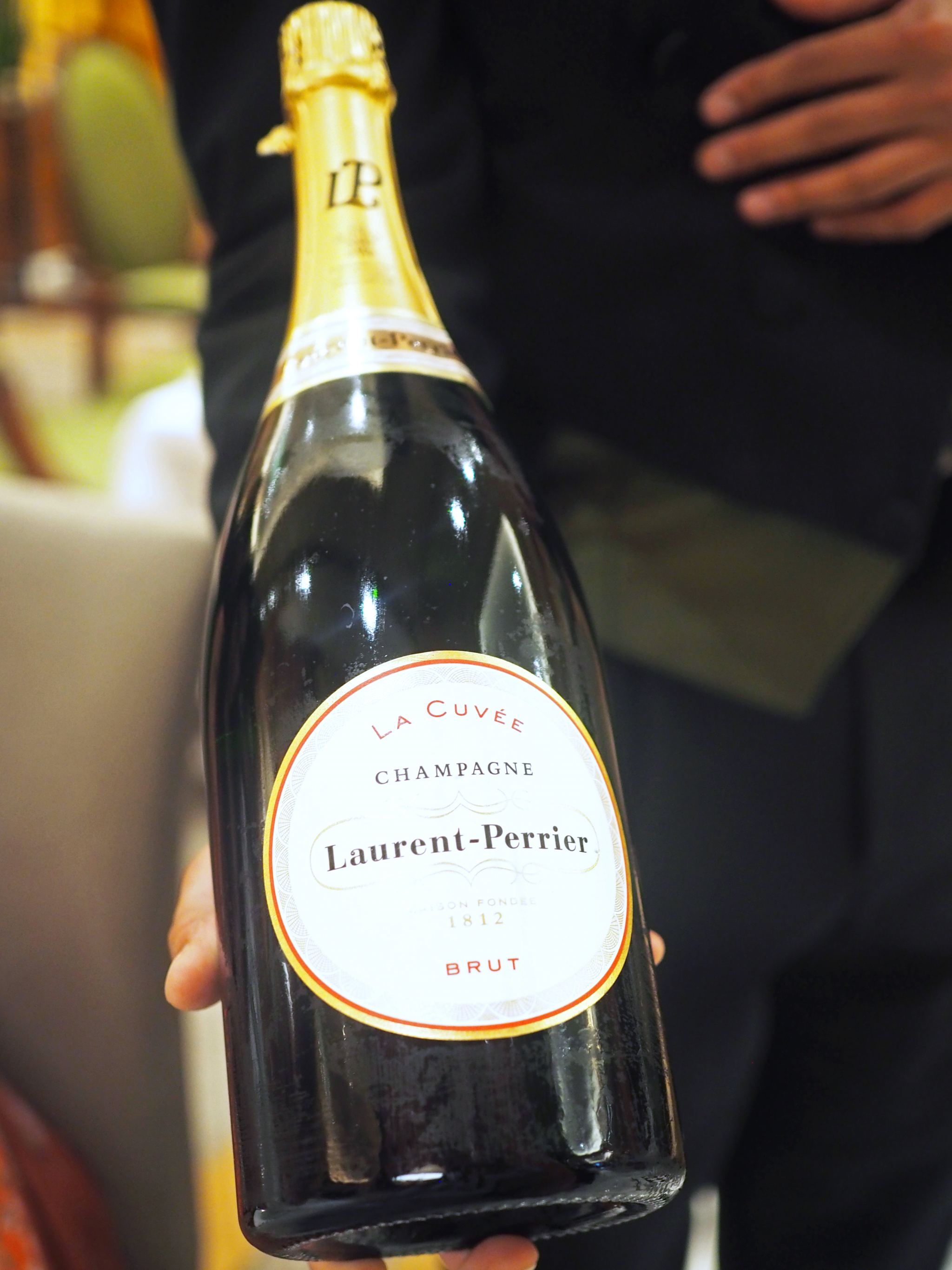 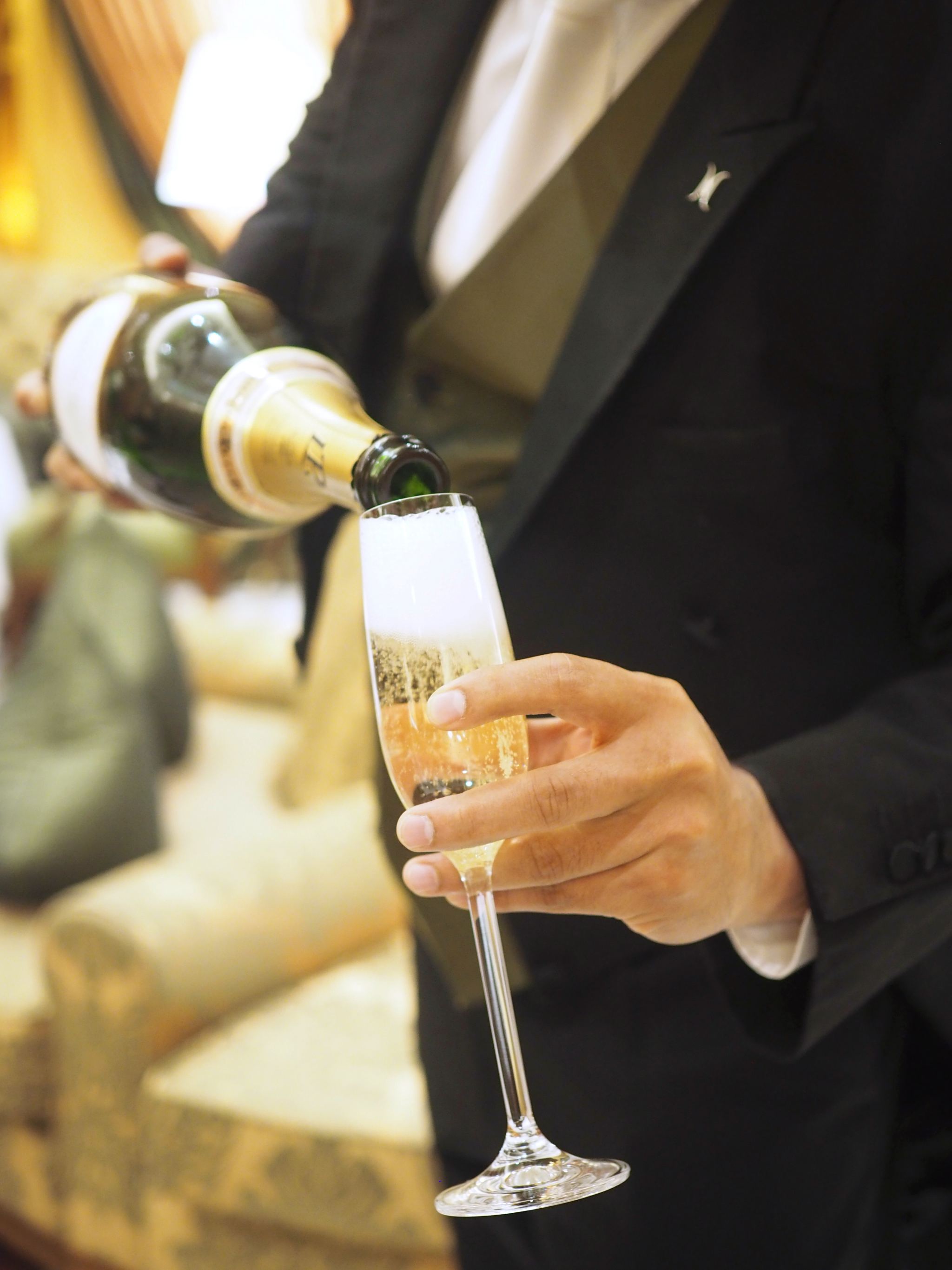 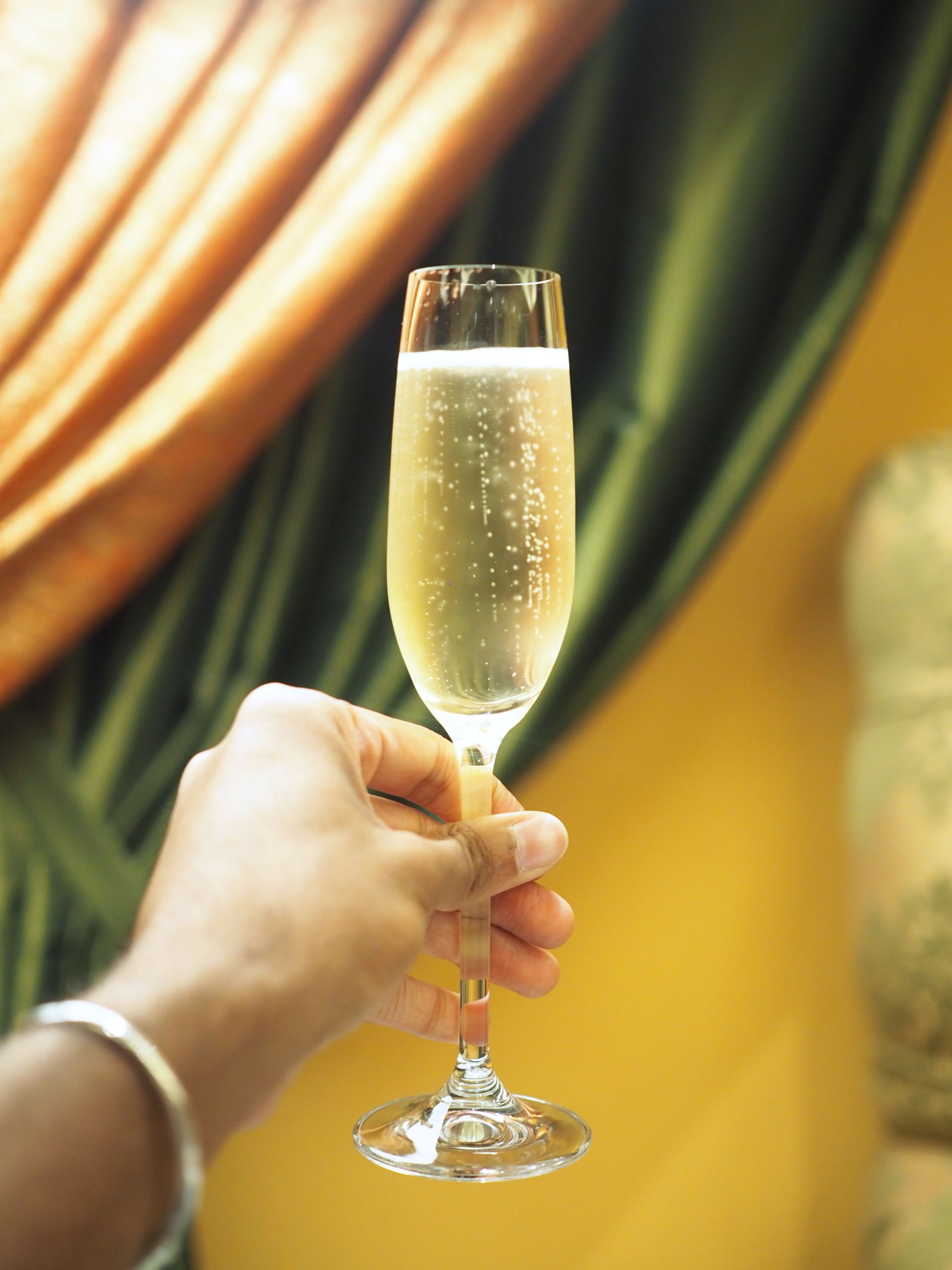 The sandwiches were shortly served after, consisting on free-range egg, Isle of Mull Cheddar and English watercress on malted grain bread. Let me tell you something guys, i’m not normally an egg sandwich fan but this sandwich was life changing. I didn’t know that adding a bit of cheddar could completely transform the taste! 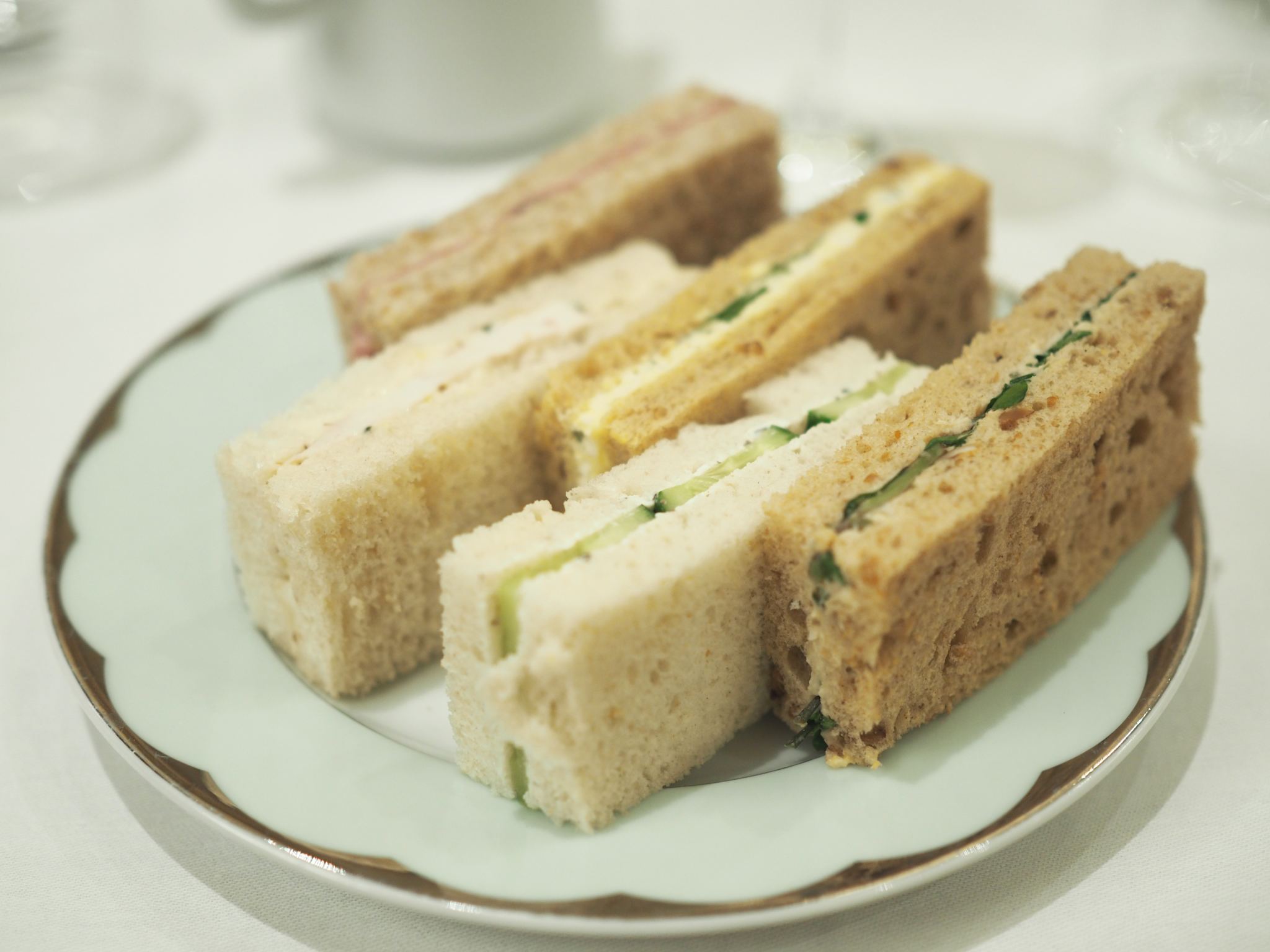 I ordered the white silver needle with jasmine flower tea to accompany my sandwiches. It was a lovely combination of Chinese white tea with fragrant jasmine.

Between the sandwiches and the scones, we were served a fresh floral tea palette cleanser to allow us to fully enjoy the sweet flavours to come. 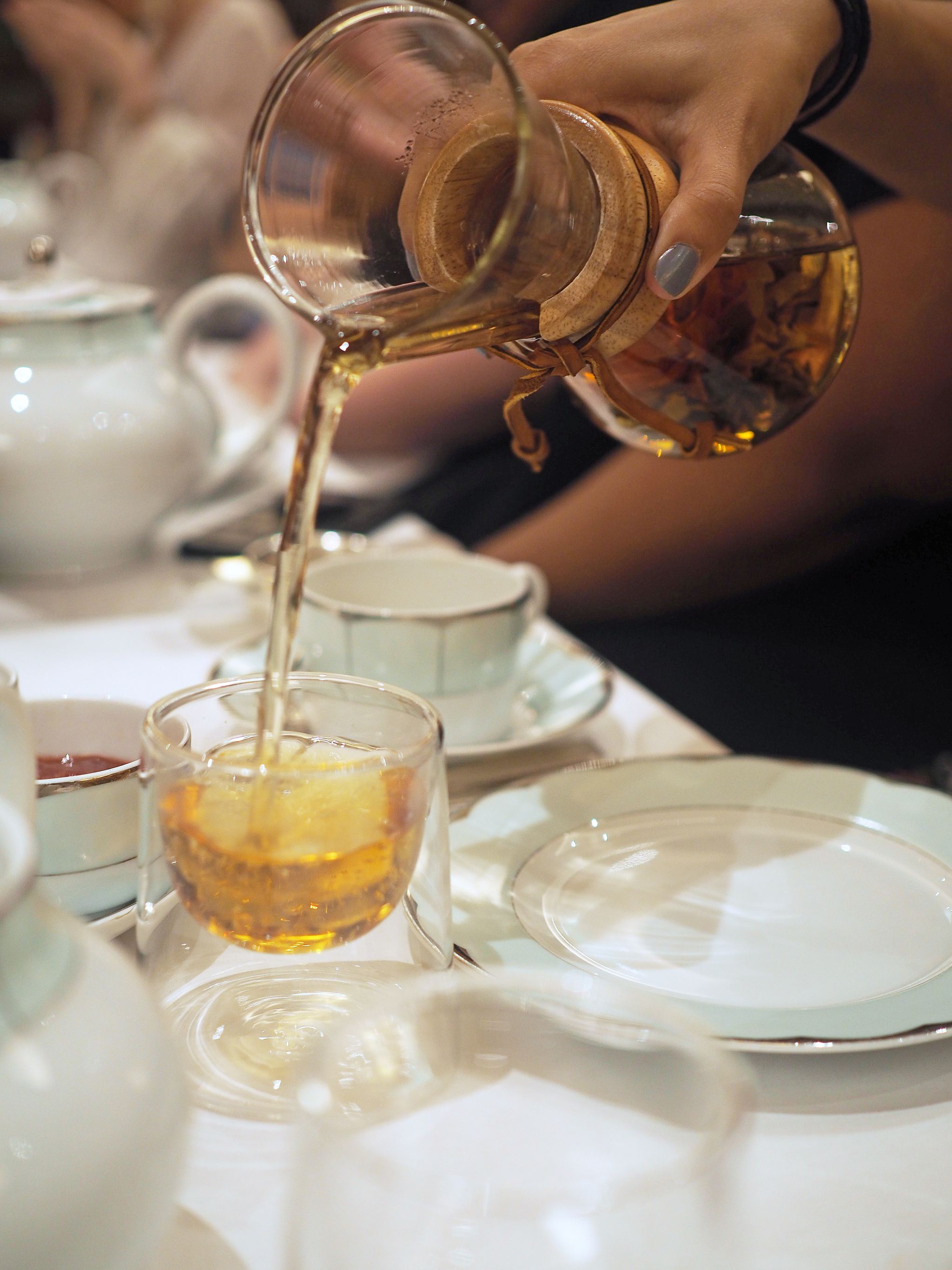 We were served a plain and a raisin scone, which was served with Cornish clotted cream, strawberry jam and rhubarb and basil preserve. I have to admit, the scones weren’t the best scones I have ever had, they were a little doughy, which was a real shame because I remembered them to be fantastic from my last visit. 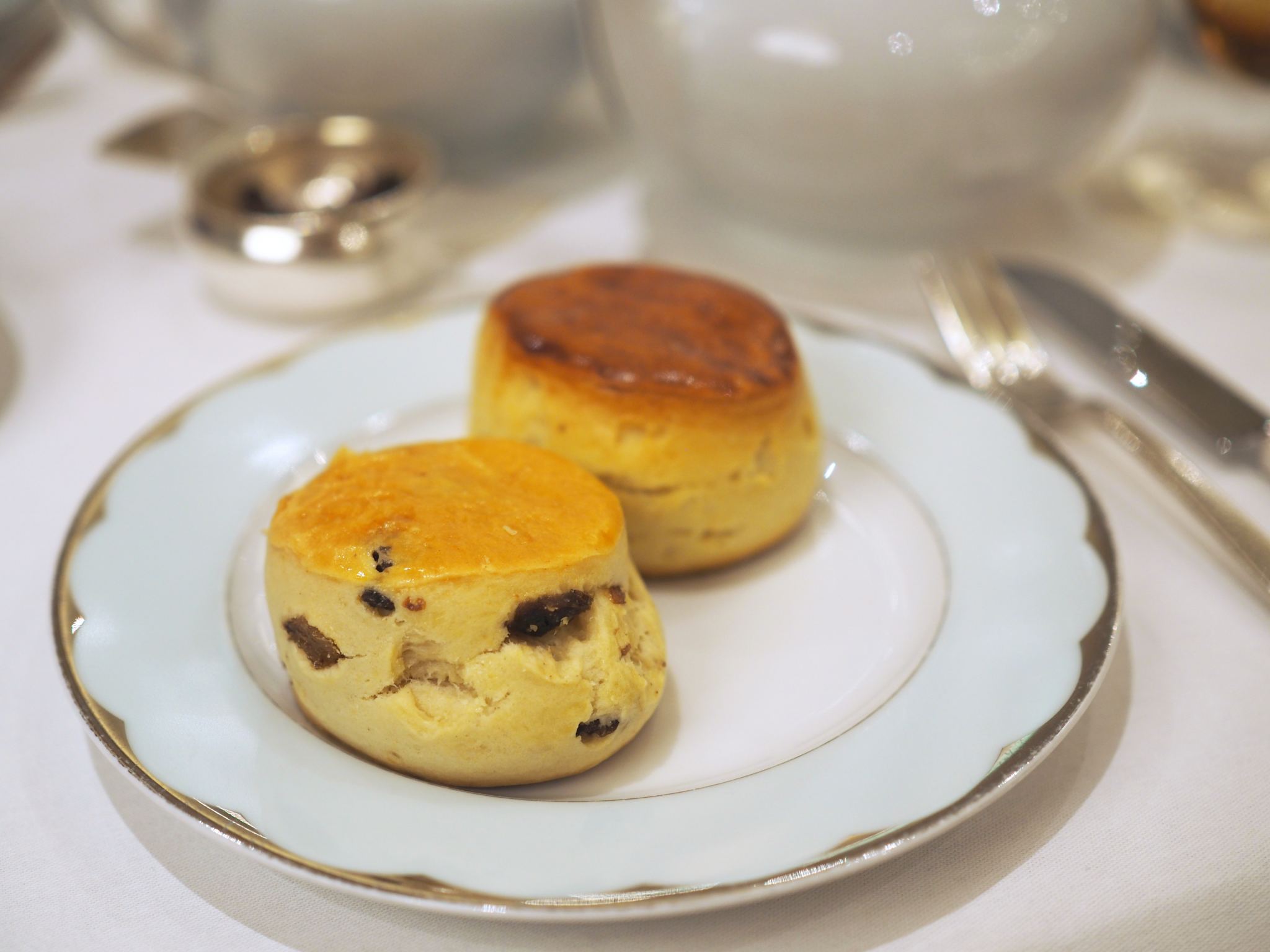 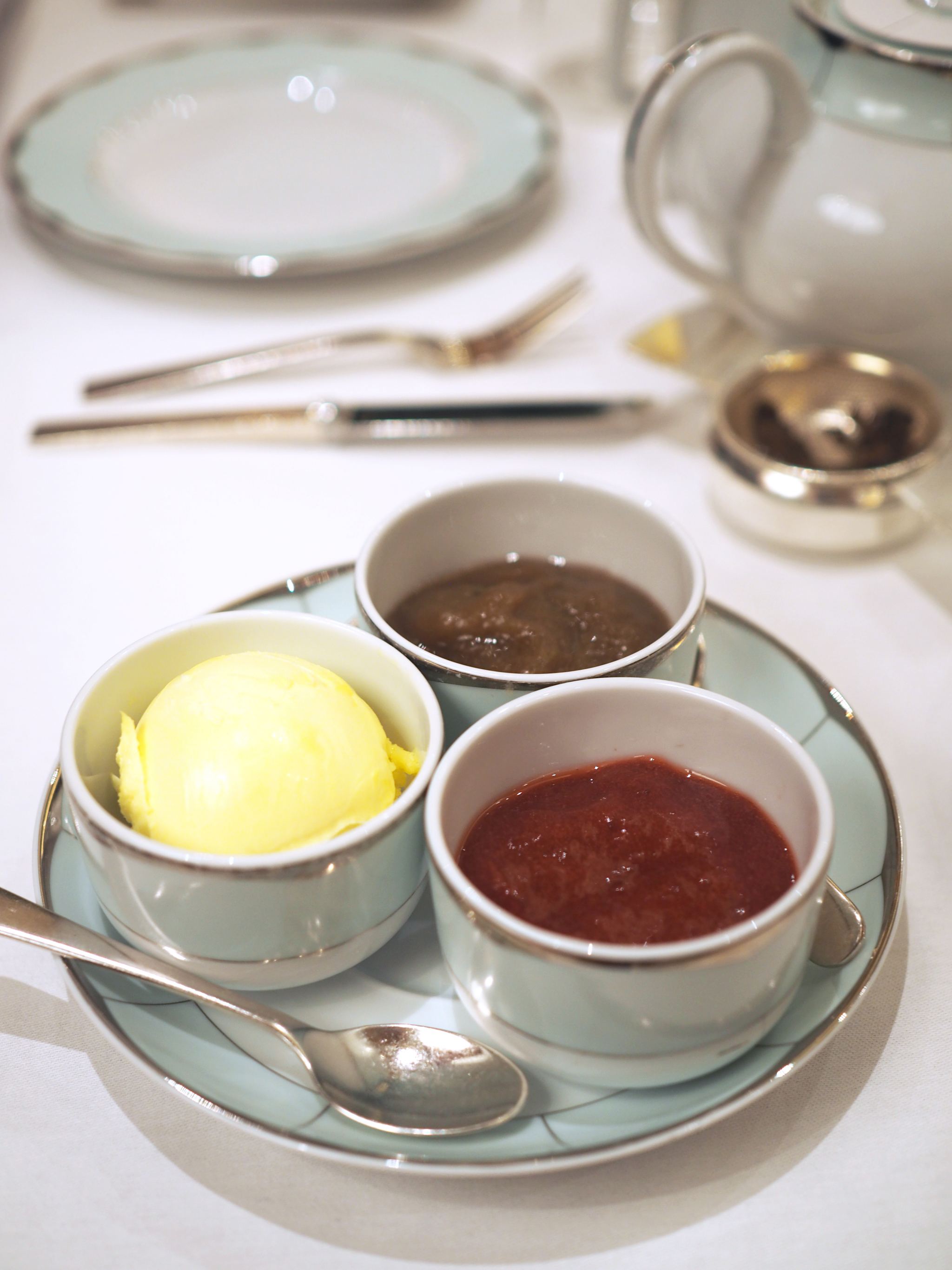 Moving on to the last tier of our afternoon tea, the sweet treats – my favourite part. I did decide to swap teas at this point to the classic Dorchester Afternoon blend, which was a blend of single estate teas from Sri Lankan orange pekoe and specially selected Assam tea leaves. It was the perfect cup of tea, with a dash of milk.

The afternoon tea kept on them with floral focused treats that influenced by different seasons of the year, consisting of spiced parsnip cake, made with orange, ginger, honey, cardamom cream and crispy Tanzanian chocolate which represented winter and the lemon and strawberry madeline which was layered with lemon and pistachio crémeux before being topped with wild strawberries, which represented spring. 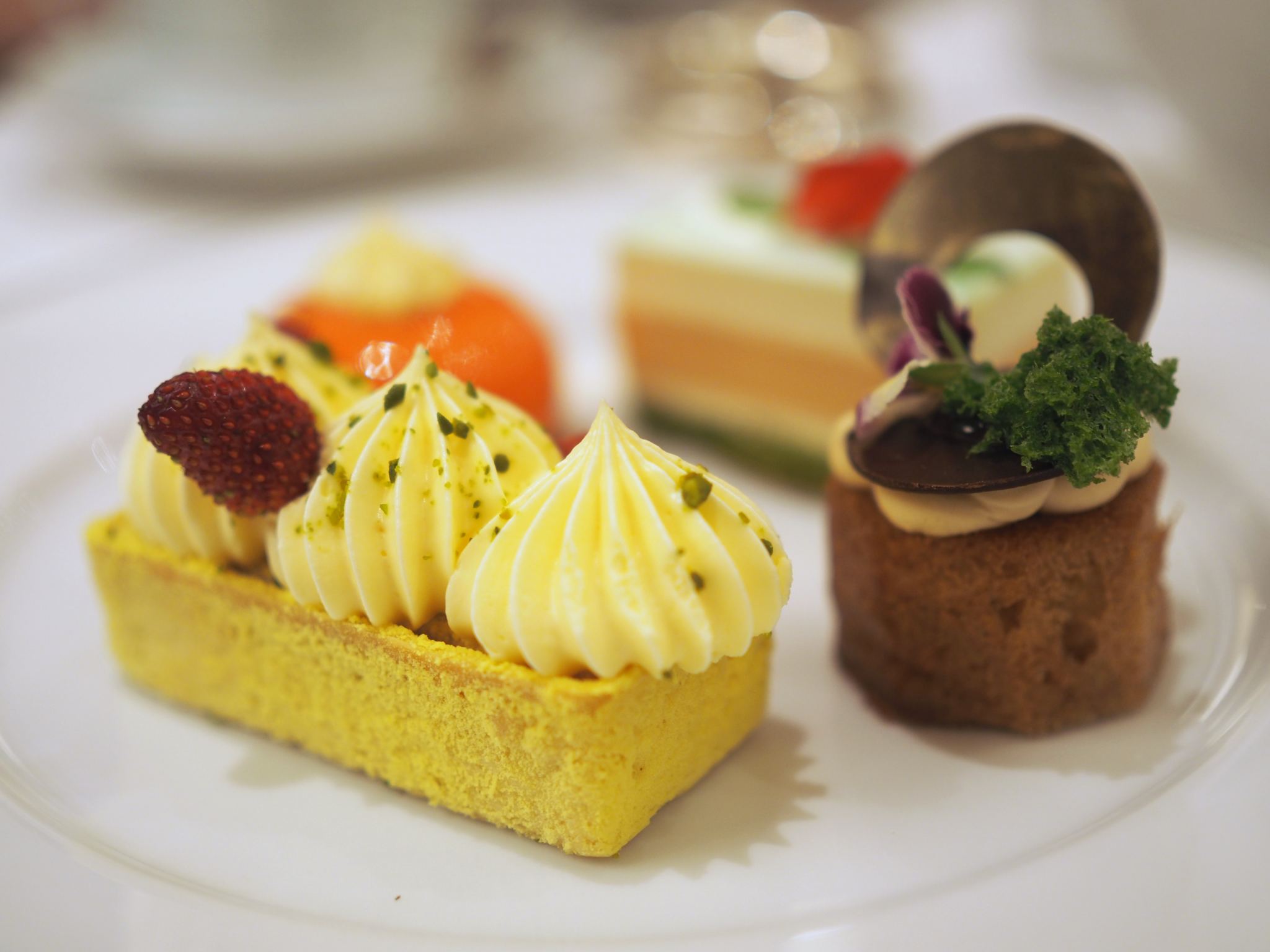 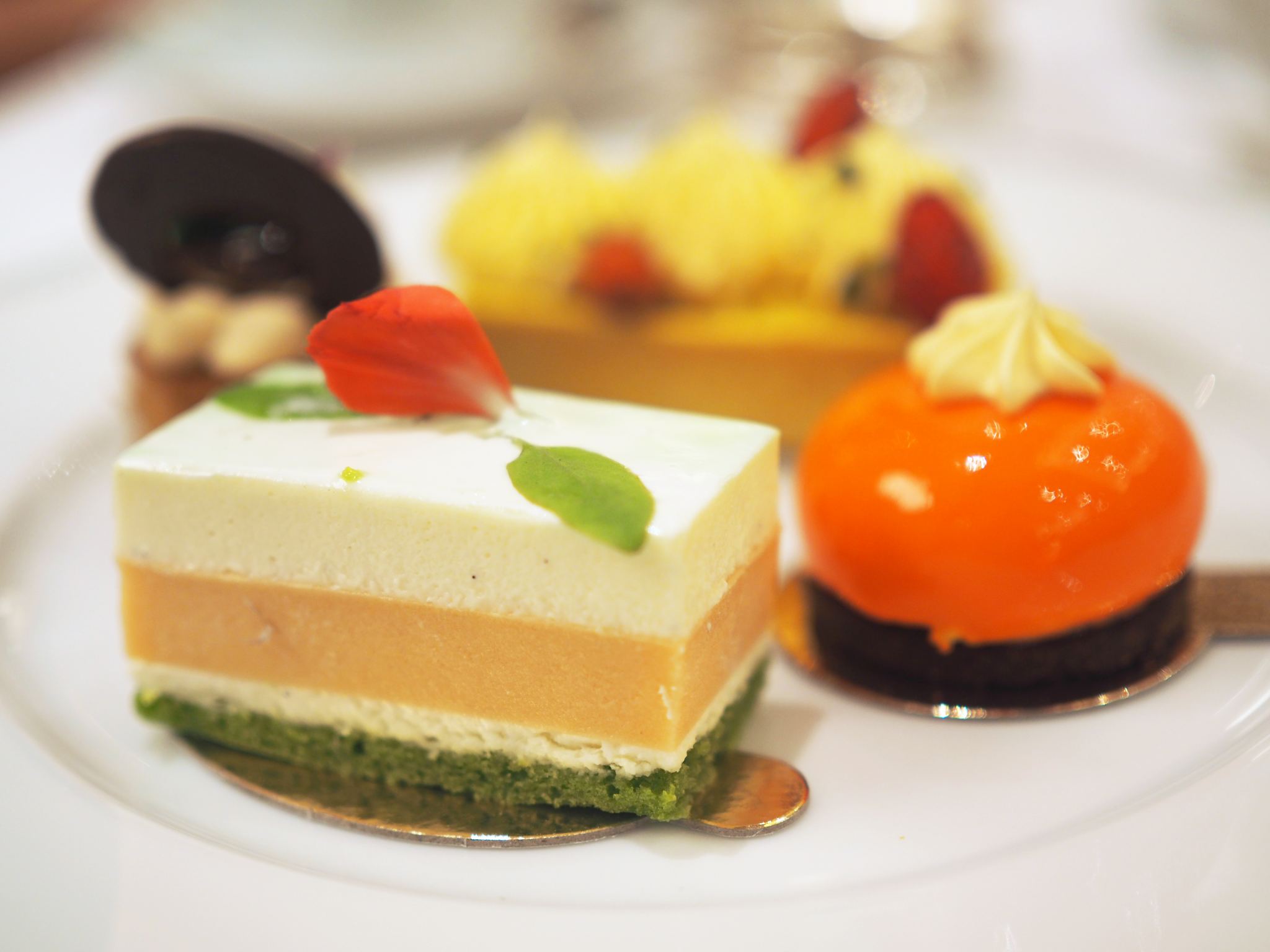 Each of the sweet treats had their own flavours and you could taste each of the seasons through their pastry representations. Very creatively and cleverly executed!

If you haven’t tried afternoon tea at The Dorchester before, you must. It’s more than just afternoon tea, it’s a whole experience in itself! 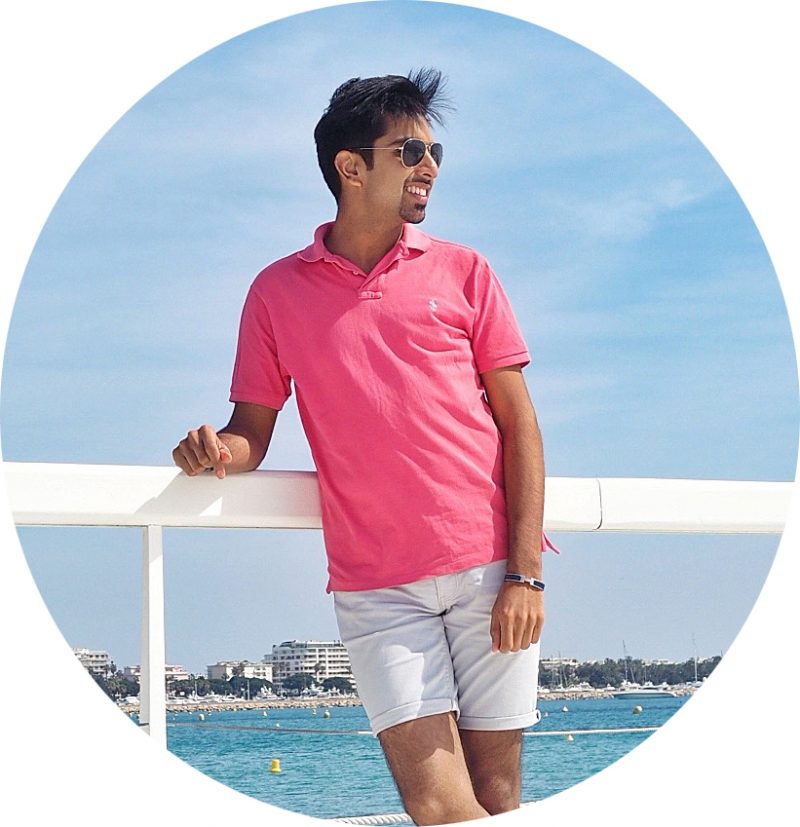